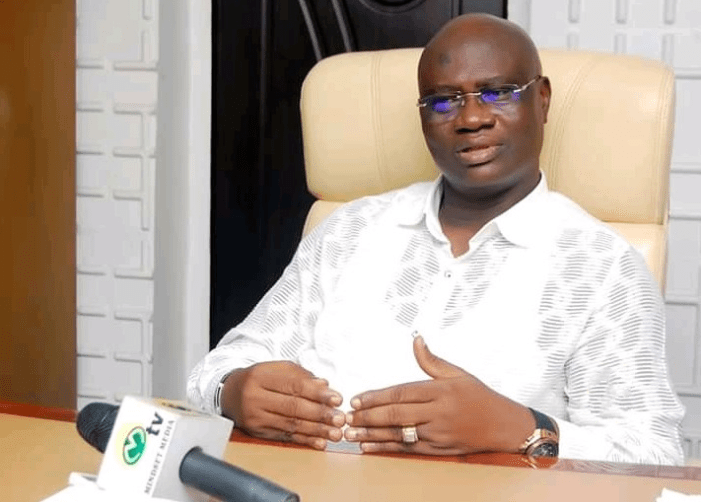 The Maritime Workers Union of Nigeria (MWUN) has issued a 14-day strike notice to the Federal Government over the alleged refusal of International Oil Companies (IOCs) to allow stevedoring companies access to their platforms to commence operations, denying registered dockworkers and stevedoring companies to operate in the IOCs platforms as required by law.

In a letter dated February 14, 2022, to the Minister of Transportation, Minister of Labour and Employment, and copied among others, Managing Director of Nigerian Ports Authority (NPA), Director-General, Nigerian Maritime Administration and Safety Agency (NIMASA), Executive Secretary, Nigerian Shippers Council, and the President of Nigeria Labour Congress (NLC), the union threatened to shut ports operations nationwide from March 1, 2022, until the IOCs comply with the laws.

The letter signed by the President-General and Secretary-General of MWUN, Prince Adewale Adeyanju and Felix Akingboye, respectively, among others, said “We bring to you the decision of the Central Working Committee, CWC, of the Union at its meeting held Monday, January 24, 2022, to embark on an indefinite strike effective Tuesday, 1st March 2022 over the International Oil Companies non-compliance with the Extant Stevedoring Regulations known as Government Marine Notice 106 of 2014.

“It will be recalled that the Minister of Transportation at a meeting held on Wednesday, June 30, 2021, with the IOCs, representatives of NPA,  NIMASA, MWUN, Stevedoring Companies and other stakeholders, directed that the IOCs should within seven days allow the Stevedoring Companies access to their platforms to commence operations, which by extension will enable the registered Dockworkers along with the appointed stevedoring companies to operate in the IOCs platforms.

“The government Marine Notice 106 applies to all companies and persons engaged in Stevedoring work, including Dock Labour Employers and Private Operators of any work location including Ports, Jetties, Onshore or Offshore Oil and Gas or Bonded Terminals, Inland Container Depots (ICDS), off Dock Terminal, Dry Ports and Platforms.

“Paragraph 3 of the referred Government Marine Notice stipulates that: “All operators of Ports, Jetties, Onshore or Offshore, Oil and Gas or Bonded Terminals, Inland Container Depots (ICDs), Offshore Dock Terminals, Dry Ports and Platforms and other work locations are hereby given the notice to grant duly appointed Stevedoring Companies access to their premises to commence operations. It is regretted to report that the IOCs have refused to comply with said Government Marine Notice 106, since 2014 when it was issued.

“Recall that the union had protested this unjust depredation meted out to our members by the IOCs. In 2019, the Union was compelled to embark on a three-day warning strike at the expiration of a 21-day notice, which was later suspended on the intervention of the Minister of Transportation.

“Also, on April 9, 2021, a 7-day notice was given vide a press release of  April 9, 2021, which was further extended by another seven days on the intervention of the NPA’s management that pleaded to be given time to prevail on the almighty IOCs to comply with the law. Regrettably, the NPA management’s intervention did not yield any positive result as the IOCs remained recalcitrant.

“In view of the foregoing, the government is hereby placed on notice to the effect that the Union would embark on an indefinite strike in all the nation’s seaports with effect from Tuesday, 1st March 2022, if before then the IOCs are not compelled by the appropriate authorities to comply with the directive in this regard.”