NAFDAC denies a report of 70 percent fake medicines in Nigeria. 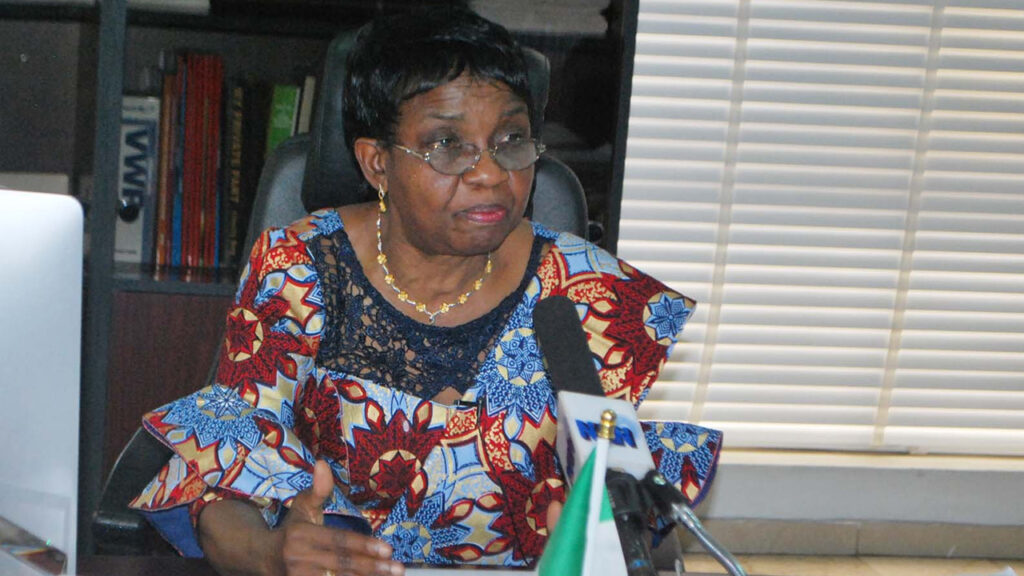 The National Agency for Food and Drug Administration and Control (NAFDAC) has denounced a newspaper report that 70 per cent of medicines in Nigeria were fake.A press statement by Prof. Moji Adeyeye, Director General of the agency on Friday, said that the false report was published by Vanguard Newspaper.

Adeyeye said that a study jointly carried out by NAFDAC, the World Health Organization (WHO) and the Department for International Development (DFID) in 2005 revealed that fake medicines stood at 16 per cent.

She added that a survey conducted by NAFDAC in 2017 and 2018 on some widely used drugs showed that Nigerian medicines were 98 per cent wholesome.She described the report as “categorically untrue and grossly inaccurate.’’

NAFDAC wishes to inform members of the public, especially health care providers, policy makers and development partners to disregard an online publication at https://www.vanguardngr.com that 70 per cent of all drugs in Nigerian markets are fake.

“NAFDAC in collaboration with WHO, DFID and United States Pharmacopeia conducted series of studies on quality of medicines in Nigeria and the report runs contrary to what Vanguard reported.

“A study of Counterfeit and Substandard Medicines in Nigeria conducted by NAFDAC in collaboration with WHO and DFID in 2005 revealed that counterfeit medicines stood at 16.7 per cent in 2005.
“This was as against 40 per cent in 2001,’’ she said.

She added that subsequent tests carried out between 2010 and 2012 revealed that the situation was even better than in 2005.

“The National Survey on Quality of medicines using Truscan® device was conducted by NAFDAC across 29 States including FCT, Abuja from January 2010 to April 2012.

“The medicines involved in the survey included antibiotics, antimalarial and antidiabetics. A total of 5,790 samples of medicines were tested.

“Another survey on the quality of medicines was conducted in Lagos state in May, 2012 using the Truscan® device.

“A total of 235 samples of medicines comprising antimalarials, antibiotics, antidiabetics and anti-inflammatory agents were tested,’’ she said

She said that NAFDAC carried out further surveys between 2017 and 2018 which showed that Nigerian medicines were 98 per cent wholesome.She urged Nigerians to disregard the report.
“The report of series of studies conducted by NAFDAC with relevant stakeholders established that the online publication in Vanguard has no scientific basis, is untrue and grossly misleading and as such it should be disregarded.

“One of the focus and priority areas of my administration is reducing substandard and falsified drugs through emphasis on local manufacturing. Promotion of local manufacturing has been on my priority list.
“This is to reverse the trend of 30 per cent locally manufactured drug products toward 70 per cent.“Local manufacturing ensures drug security, reduces unemployment and increases contribution of the pharmaceutical industry to the nation’s GDP,” she said.

The NAFDAC DG distanced the agency from any workshop organized by Christabel International Organization, where the statements were said to have been made.

“NAFDAC hereby states that the Agency was never a party to any sensitization workshop organised by Christabel International Organization at Onitsha.“For the avoidance of doubt, NAFDAC is hereby unequivocally refuting her participation or involvement in the said workshop.

“The agency hereby wishes to inform the general public that the fight against fake drugs and other unwholesome NAFDAC regulated products is something that the Agency considers as a daily routine activity,’’ she assured.

The News Agency of Nigeria (NAN) reports that Vanguard Newspaper, on 19th April, published the contentious report online, under the headline, “70% of drugs in Nigerian markets fake — NAFDAC, NDLEA, NOA.’’