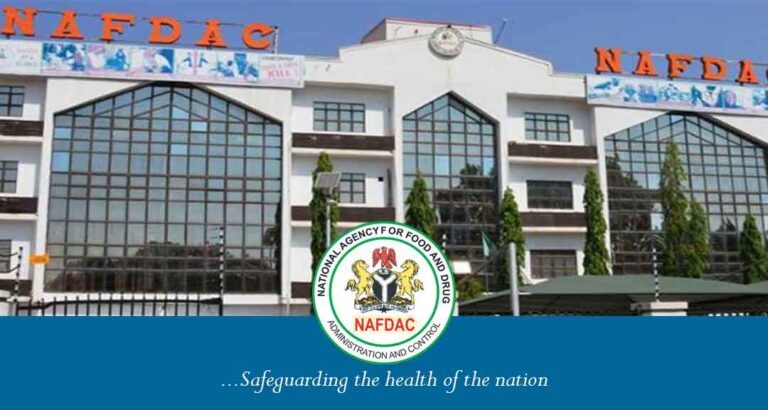 As part of efforts to achieve drug security in Nigeria, the National Agency for Food and Drug Administration and Control (NAFDAC) said it has set a target of cutting the country’s present 70 per cent drug import to about 30 per cent by the year 2025.

Similarly, the agency said that it had made stringent efforts at winning the battle against the importation of illicit drugs and unwholesome food and unregulated products in the last four years.

Also, NAFDAC said having successfully implemented the 868 recommendations given by the World Health Organisation (WHO), the stage was set for Nigeria to begin local manufacturing of vaccines by 2022.

Speaking at a press conference to mark her fourth anniversary in office yesterday, the Director-General of NAFDAC, Prof. Mojishola Adeyeye said the agency had taken lots of measures to enhance local production of pharmaceuticals in Nigeria,

She said henceforth companies would be required to submit draft blueprints of proposed partnerships with Nigerian companies or plan to set up local manufacturing plants within seven years of rolling out business in Nigeria.

Adeyeye said: “NAFDAC has put a premium on local manufacturing of our regulated products to ensure that Nigeria will have drug security and turn the tide from 70 per cent imports to about 30 per cent imports by the year 2025. Part of the goal is to also mitigate safety and counterfeiting since ensuring the quality is much easier compared to an imported product.”

She said in order to enhance local production of pharmaceuticals in Nigeria, the agency had reviewed and updated its five-plus five-year validity policy.

She explained that a product registration licence was valid for five years and by the end of the fourth year of license validity, companies would be required to submit draft blueprints of proposed partnerships with Nigerian companies or/and set up a local manufacturing plant.

“Upon successful renewal for another five years for companies with verifiable blueprints, NAFDAC will monitor the migration of the imported drugs to local production. At the end of Year 7 (First 5 years plus 2 years into renewal), if there is no progress on migration to local manufacturing as detailed in the blueprint, an alert for de-registration will be sent to the company at the beginning of the year,” she said.

According to her, the measure was aimed at reducing the number of registered imported products and encouraging local manufacturing and innovation

Regarding the move to commence local manufacture of vaccines, NAFDAC DG said the agency had signed an MoU with Bio Ventures for Global Health (BVGH) to improve collaboration on capacity building for clinical trial staff and principal investigators in the research space for the conduct and oversight of Oncology Clinical Trials.

She said NAFDAC had successfully implemented the 868 recommendations set for the country to be able to regulate the local manufacture of vaccines.

“In 2018 about 80 per cent of our laboratory facilities were not working but since that time, NAFDAC’s laboratories have witnessed rapid improvement as over N2 billion worth of equipment have been procured,” she said.

Adeyeye said the huge chunk of the revenue generated by the agency was being deployed towards revamping and equipping its laboratories, especially the facility at Yaba and Oshodi, both in Lagos State, to meet the WHO requirements.

She said the agency was also developing capacities in the area of clinical trials and that an Electronic Clinical Trial Application Platform (eCTAP) in collaboration with BMGF and NOVOTEQ for ease of submission of Clinical Trial Package and improved Transparency and tracking system of all applications.

Also as part of the preparedness for the revival of local vaccine manufacturing in Nigeria, Adeyeye said NAFDAC had re-equipped its major laboratories across the country.

Furthermore, Adeyeye said the agency has improved greatly in its regulatory function and has satisfied the 53 recommendations requested by WHO.

She said that NAFDAC has also developed a one-stop-shop link that houses all the relevant clinical trial guidelines.

Other key milestones she said included the development of a guidance document for conducting Clinical Trials, reduction of timelines for review of COVID-19 related trials (new molecule -15 Days while for repurposed medicine -10 Days) and skipping of Phase 1 study and in some cases Phase II studies for herbal medicine.

Speaking on efforts made by the agency under her leadership to rid the country of the illicit drug trade, Adeyeye said NAFDAC had successfully confiscated and destroyed Tramadol, unwholesome foods and other unregulated products worth over N2.4 trillion:

“It is also worthy to mention here that, following my relentless efforts which took the Agency back to the Ports in May 2018 (all thanks to the Office of the National Security Adviser); coupled with rigorous inspection and enforcement activities; the Agency In collaboration with Nigerian Customs Service has seized and destroyed SFs, unwholesome foods and other unregulated products worth N4,000,260,000 in exercises across the nation and Tramadol with an estimated street value of about N2 trillion.

“The impact is there. Most of the Tramadol merchants have gone underground. They have been almost decimated leaving only just a few of them there. And we will continue to pursue them until they turn a new leaf and abandon the dangerous trade,” she said.

Adeyeye said the street value of falsified medicines and unwholesome food products and cosmetics seized and destroyed across the country by the Agency between March and August of 2021 alone stood at over N5 billion.

She said: “Over the years, the agency has evolved strategies to combat the ever-increasing challenge of regulated product counterfeiting and trafficking of substandard falsified medicines”.

Adeyeye also said the NAFDAC has doubled its internally generated revenue in the past four years of her being in office.