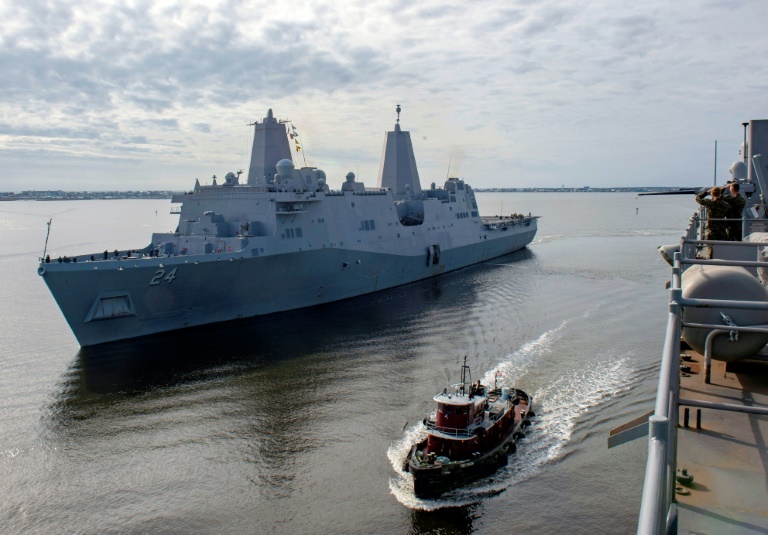 The Chief of the Naval Staff, Vice Admiral Awwal Gambo, yesterday in Lagos, disclosed plans by the Navy to extend its operations on anti-piracy to neighbouring nations’ waters.

This move, according to him, became necessary owing to cases of piracy/kidnappings, allegedly by some Nigerians, in neighbouring countries, with distances between 100 nautical miles and 200 nautical miles off the coast of Nigeria.

He, however, said that the move would place an additional burden on Nigeria and the NN, as more ships and logistics would be required for the extended and prolonged patrols.

Vice Admiral Gambo noted that insecurity within the maritime domain stemmed largely from non-military causes such as socio-economic agitations, rising population, illiteracy, and unemployment among others, in the coastal communities, with attacks on shipping, sabotage of hydrocarbon infrastructure and maritime resource theft.

He disclosed that there were also diverse forms of illicit trafficking, Illegal Unreported and Unregulated Fishing and marine pollution, including illegal sea mining as well as unauthorized/illegal hydrographic surveys and oceanographic research.

These threats, according to him “constitute challenges to socio-economic development and portray harmful dimensions to Nigeria’s quest at making its maritime environment a safe haven for local and foreign investors”.

As the lead agency responsible for security in the maritime environment, the naval Chief informed that the Nigerian Navy’s swift response to illegal activities at sea had reduced the rate of successful attacks in Nigeria’s maritime domain.

“Unfortunately, recent observations have revealed the transnational nature and migratory trend of these crimes, especially piracy”, he said, adding that “many piracy/kidnappings are now being perpetrated in neighbouring countries and as far as 100 to 200 nm off the coast, even though the perpetrators are alleged to be mostly Nigerians.

“ It is, therefore, necessary to extend NN operations in support of anti-piracy efforts to neighbouring nation’s waters. This places an additional burden on Nigeria and the NN as more ships and logistics are required for these extended and prolonged patrols”.

As part of its regional and collaborative efforts to address maritime crime in the Gulf of Guinea, Vice Admiral Gambo disclosed that the Navy was activating specific operations and deploying assets for constant patrols in some parts of the Gulf of Guinea, an action he said had substantially mitigated threats in the domain.

The Navy, according to him, “ also collaborates with International Police ,especially in the area of information gathering for actionable intelligence towards combating piracy and other crimes within Nigeria’s maritime domain. In this regard, some NN personnel have undergone different levels of training with the International Police both within and outside Nigeria.

” It is on the foregoing that the NN established a Maritime Crime Investigation Desk manned by trained personnel to ensure that the NN maintain credible intelligence on piracy and other related crimes as appropriate.

“Further engagements between NN and the International Police led to the acquisition of the Seek Avenger Biometric System.

“The System has the capability to capture biometric data of maritime criminals as well as compare and share such information with the International Police database.

“The NN’s seamless collaboration with related agencies has further enhanced deterrence through seamless arrests and prosecution of maritime criminals”, the CNS stated.

Also in his keynote address titled ‘Securing Public Spaces, and the Role of Technology in Law Enforcement, the Commissioner of Police, Lagos State Police Command, CP Abiodun Alabi, lamented that securing the public spaces in Nigeria was increasingly becoming problematic and tasking, due to what he described as ever-changing mode, sophistication and unprecedented lethality of criminality.

The Lagos State Police Command boss who was represented by the Divisional Police Officer, Bar Beach division, CSP Oyewale Taiwo, said “ there is no doubt that the 21st-century revolution in technology which birthed information superhighway and reduced the world to a global community, has further challenged the traditional policing methods and strategies of the Nigeria Police Force, in keeping pace with emergent crimes which have become highly mobile and quite organised.

“The following factors have generated the need for ICT in contemporary policing in Africa; Increasing rate of crime as well as changing mode of crimes; Terrorism increasing in complexity and direction, agitations by different interest groups causing violence and rift in the society, liberalization, globalization, privatization and Cyber Crime. Among others.

“ The advancement of society has required, therefore, that the police become more innovative, more efficient, more successful, with better-equipped systems and modern technological tools in order to adequately provide the services and security that people desire”.

Earlier in his welcome address, the Regional Director, Afrocet Montgomery, George Pearson, explained that the security conference would focus on the security landscape in Nigeria with high profile dignitaries from the public and private sectors that would deliberate on Global Trends in Security technology and implications for Nigeria security industry, “ cyber security and how companies can prepare for a cyber emergency and what protective measures SMBs should take to protect their businesses”.