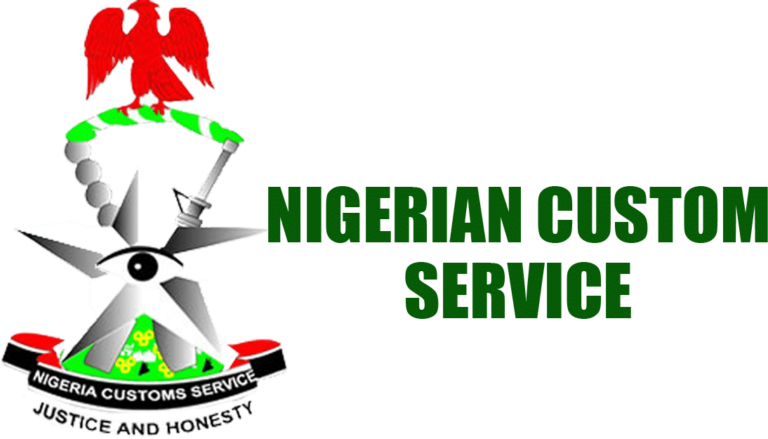 The Nigeria Customs Service has announced changes in the age limit of vehicles coming into the country from 15-years down to 12-years, warning that henceforth, any importer that brings vehicles older than 12-years shall be impounded.

This indication was given on Thursday during the demonstration and sensitization of stakeholders on the new Vehicles Identification Number (VIN) Valuation Policy of the customs held at the Apapa Customs command.

Comptroller Anthony Udenze of the Tariff and Trade Department at Customs headquarters first gave the indication, saying that the age limit for vehicles has been reduced to 12years.

This point was later reiterated by the National Public Relations Officer of Customs, Deputy Comptroller Timi Bomodi, saying that a car of 2007 would be impounded by the service.

He was responding to a plea by freight forwarders that customs should maintain the status quo on the 15years age limit, as this is what importers are working with.

“This policy is not a new policy, if you import a 2007 car, it would nbr seized, if you bring a vehicle that is older than what the government allow, it would be seized” he warned.

Meanwhile, the customs has announced that the VIN Valuation Policy is kick-starting today 20th of May 2022 at the ports.

The VIN valuation was first introduced about two months ago, but it was greeted with uproar from the freight forwarders who described the policy as inhuman and unrealistic due to the high values imposed on vehicles, and the lack of consideration for rebates on accidented and used vehicles.

This led to the suspension of the system by the customs authority which thereafter reworked and improved the policy by accommodating the observations and grievances of freight forwarders.

Speaking at the stakeholders meeting, Customs Area Controller of Apapa Customs, Compt Yusuf Malanta who hosted the program, assured that there is going to be a continuous engagement between customs and the freight forwarders over the policy.

According to him, a help desk would also be created to treat all complaints emanating from the use of the VIN Valuation platform.

He enjoined the stakeholders to take full advantage of the automated system which he said would make the goods clearance procedure seamless and faster.

While welcoming the stakeholders earlier to the sensitization meeting, Comptroller Yusuf urged them to be compliant with the extant guidelines to enable them to enjoy the benefits of the new system.

He assured them help desk would be created in each of the commands to help resolve the teething problems that are bound to crop up, adding that there would be continuous engagement and improvement on the new valuation policy.

He told the stakeholders that the VIN valuation policy is irreversible and will be deployed this Friday, May 20th, 2022.

Comptroller Festus Okun, the Customs Area Controller of Ports Terminal Multiservices Limited (PTML) Command also said the Customs, through the VIN valuation, has imbibed basic principles of taxation which include predictability, neutrality, simplicity, and efficiency.
Comptroller Kunle Oloyede of Tin Can Island Port, described VIN as a platform for robust gathering of statistical analysis and data for national economic purposes relying on the template of accuracy that will further integrate NCS with other ministries, departments and agencies.

Comptroller Hammi Swomen of Kirikiri Lighter Terminal Command, who sought more cooperation from all stakeholders, stated that sincere declarations without tampering with relevant information contained in Single Goods Declaration or mismatching information will aid in quicker clearance and seamlessness of the VIN system.

Comptroller Anthony Udenze of the Tariff and Trade Department at Customs headquarters urged vehicle importers and their agents to avoid acts that would delay the process of clearing.

He explained that the process of identifying salvage and accident vehicles under the VIN regime would be very transparent as the declarant would be expected to attach photos showing the accidented vehicles.

He further explained that for vehicles to be treated as accidented, the chassis must be affected by the accident not just by removing fenders, bumpers and headlamps.

In their various reactions, freight forwarders who attended the sensitization expressed divergent views. While some of them expressed their support and acceptance of the platform, some of them kicked against the value attached to the system.

Speaking, Mr Francis Aniezechukwu of the Association of Nigeria Licensed Customs Agents (ANLCA) at the PTML chapter, frowned at the short notice given to the freight forwarders before customs is commencing implementation. He called for more time for freight forwarders to digest the new changes on the VIN Valuation before it is fully deployed.

Another speaker, Mr Anthony Okolie of the National Council of Managing Director of Licensed Customs Agents (NCMDLCA) at PTML Chapter, argued that the value imputed into the system is not in conformity with the General Agreement on Trade and Tariff.

However, the Acting President of ANLCA, Dr Kayode Farinto urged freight forwarders to comply with the new VIN Valuation which according to him has come to stay.

He said that in order to get to the level whereby vehicles would be released automatically (auto release) freight forwarders need to improve their level of compliance.

On his part, former President of the National Association of Government Approved Freight Forwarders (NAGAFF) Dr Eugene Nweke said the VIN Valuation would put an end to the continuous harassment of freight forwarders by various customs units like the Federal Operations Unit (FOU) among others.

“Whenever any officer arrests a vehicle that has been exited under the VIN regime, that officer himself should be arrested. No FOU should stop vehicles again”

Dr Nweke also said it would be wrong for the customs to continue requesting for Pre Arrival Assessment Report (PAAR) on new vehicles since the VIN valuation is here to work out all duties payable on the cars.