Nigeria has imposed new restrictions on flights from India, Brazil, and Turkey 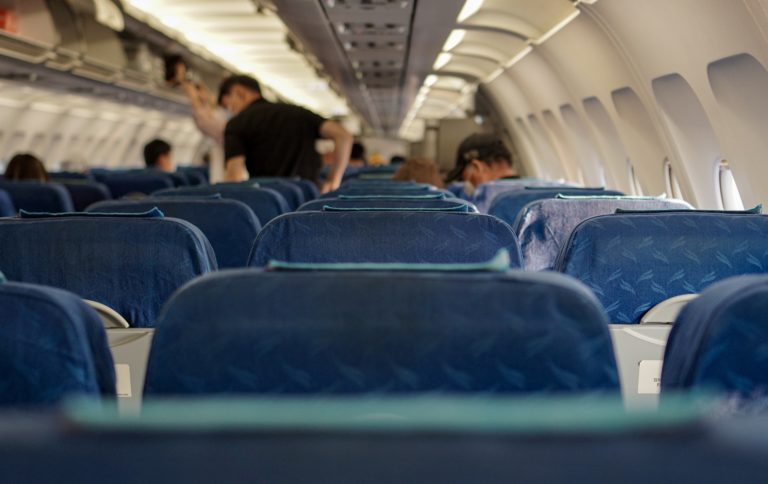 The increase of COVID-19 cases and deaths in Brazil, Turkey, and India has led the Nigerian government to take new steps to keep the coronavirus from entering the country again.

In a statement issued on Sunday in Abuja, the Presidential Steering Committee (PSC) on COVID-19, headed by the Secretary to the Government of the Federation (SGF), Mr Boss Mustapha, said the new steps included a restriction on non-Nigerian passengers who had travelled to the three countries in the previous 14 days.

According to the Nigerian News Agency (NAN), as of May 1, 2021, Brazil, Turkey, and India had a total of 2,670 deaths. In the last 24 hours, Brazil added 60,013 new cases and 2,278 new deaths, according to the report. On the same day, Turkey had 28,817 new cases and 373 new deaths, while India had 7,801 new cases and 19 new deaths. Nigerians and other permanent residents who had visited these three countries in the previous 14 days, according to Mustapha, would be able to enter the country but would have to endure a one-week quarantine in a government-approved facility. “The nation assures them of our determination, unflinching assistance, and unity at this time of need,” the SGF said.

The current travel restrictions, according to the PSC chairman, was in line with the Federal Government’s efforts “to continue to safeguard the welfare of the Nigerian people, as well as to reduce the chance of a further COVID-19 outbreak in Nigeria.” “These precautionary steps are a critical move to minimise the possibility of an increase in COVID-19 cases into Nigeria from other countries, while national response efforts continue,” he added, adding that the PSC conducted a risk evaluation of countries with high occurrence of cases.

Nigerians are strongly advised to avoid non-essential foreign travel to any country during this period, especially to countries where the number of cases and deaths are increasing. Following thorough examination, the COVID-19 PSC has authorised the adoption of the following measures: Pre-boarding COVID-19 polymerase chain reaction (PCR) test validity time reduced from 96 hours to 72 hours for all Nigeria-bound travellers. PCR test results obtained more than 72 hours prior to the departure would no longer be approved. Non-Nigerian passport holders and non-residents who visited Brazil, India, or Turkey during the previous 14 days before travelling to Nigeria would be refused entry. However, travellers that transited via these countries are exempt from this law.

Failure to comply with the above would result in the following penalties for airlines and passengers:

For any traveller that fails to pay, airlines must pay a mandatory penalty of $3,500. Non-Nigerians would be refused entry and sent back to their country of origin at the airline’s expense.

Nigerians and others with a permanent resident visa who visited Brazil, India, or Turkey during the previous 14 days before travelling to Nigeria must endure a seven-day mandatory quarantine in a government-approved facility at the point-of-entry city at their own expense. “They must, within 24 hours of arrival, take a COVID-19 PCR test,”

The following requirement applies to those travellers.

If the traveller tests positive, he or she will be referred to a government-approved medical facility in accordance with national treatment guidelines.

If the Passenger’s PCR result is negative, they will be held in quarantine and subjected to a repeat PCR test on day 7 of their quarantine.

Passengers arriving in Nigeria from other countries must self-isolate for seven days at their final destination. On day 7, conduct a COVID-19 PCR test at a designated laboratory. The relevant authority will control conformity with the isolation procedure.

“State governments must ensure that all returning travellers from ALL countries are monitored to ensure adherence to the mandatory seven-day self-isolation period and the repeat COVID-19 PCR test on the seventh day,” according to the law. The travel regulation, according to the SGF, “will take effect on May 4,” and “the recommendations issued in this document will be subject to examination after an initial duration of four weeks.

” On Saturday, the Nigeria Centre for Disease Control (NCDC) recorded 43 new COVID-19 infections across the region.

According to the latest estimates, the overall number of infections in the world has risen to 165,153, according to an NCDC report released on Saturday night. On Saturday, Lagos had the most new cases, with 28, led by the FCT and Rivers, each with four new cases.

According to the latest update, no new deaths have been reported from the virus, which has already taken the lives of 2,063 people in the world, making it the third day in a row that no one has died from it.

Only two deaths have been recorded in the last 18 days, indicating that the epidemic is causing fewer deaths.