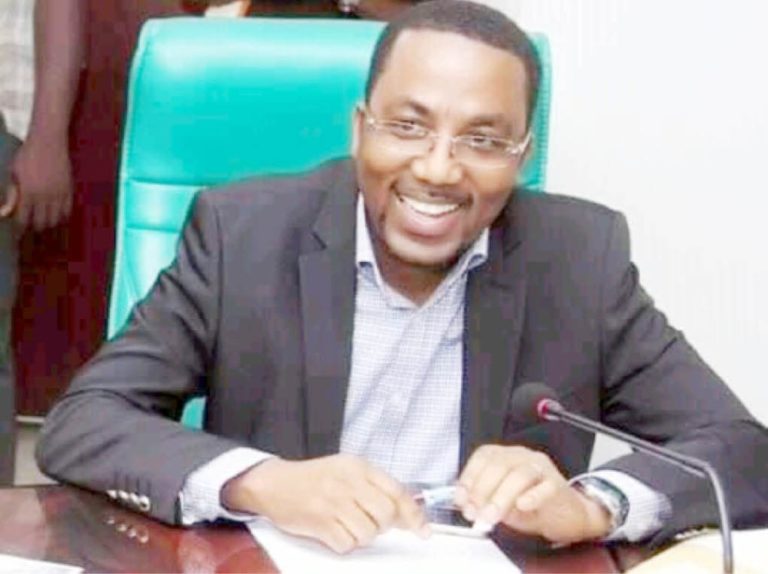 In this interview, Acting Managing Director of the Nigerian Ports Authority, (NPA) Mohammed Bello-Koko, bares his mind on some crucial issues which include over-stretched port facilities, efforts to reboot the electronic truck call-up system, the agency’s effort to tackle the perennial Apapa gridlock and other issues impacting on the performance of Nigeria’s seaports.

How operationally efficient are Nigeria’s seaports? Are they efficient enough to prevent the congestion we see outside?

The two seaports in Lagos – the Lagos Ports Complex and Tin Can Island Ports Complex, are currently operating far beyond their installed capacity. What it simply means is that if they were built to handle 500,000 TEUs (twenty-foot equivalent unit) for instance, probably they are now handling about 700, 000 TEUs. You will also notice that the city has caught up with the ports so there is no space to expand them. What we need to do is to improve on the activities in the ports, in terms of efficiency.

So, we have seen an improvement in terms of efficiency, but there is room for more.

We also mandated every vessel that comes into Nigeria, when it is sailing out, must take away at least 80 percent of the total quantity of containers it brought either as empty or as export cargo because we were beginning to see that Nigeria was being turned into a dumping ground for empty containers and, to a large extent, has worked because those empty containers have been removed.

There are allegations of about N100m daily extortion at the ports. How can you track those behind these?

First of all, what we have discovered is that there are security officials working within the area we call the red zone, which is the Tin Can-Apapa area, for four, five or six years and they are still there. We have requested that they should be posted out of that location and replaced with a new set of people who will truly work for Nigeria. We have had cases where we tried to establish proof of the people that were said to have been extorted because you need to have proof but there is none.

We held a meeting with all the security agencies about three weeks ago and set up a team to identify how many checkpoints we should have along that corridor. So, let’s assume we identified six checkpoints, if you wake up the next day and find 16 checkpoints, that means there are 10 illegal ones.
It was also agreed that all the security formations posting security operatives to the checkpoints should have the name of officers posted to each checkpoint. If we do that and there is proof of extortion on a certain date, at a certain location, then we should be able to know the officers involved.

How far have you been able to curtail the Apapa gridlock?

With the deployment of infrastructure under the Electronic Call-Up system for trucks, we’ve been able to eliminate the Apapa gridlock by more than 80 percent and this is verifiable. In addition to the deployment of the Eto platform, we are currently promoting multi-modal transport systems through the use of barges for the movement of cargo in and out of the ports; this development has tremendously reduced congestion at most terminals, thereby improving port efficiency.

The little remnants of the gridlock in some areas in Apapa are due to the very poor state of the Tin Can Port-Mile 2 corridor, which is under construction and when the road rehabilitation is completed, the little traffic you see now would be completely eliminated.

As part of efforts to deploy the electronic call-up system, about 27-29 truck transit parks were developed across Lagos State with the collaboration of relevant stakeholders including the Lagos State Government. Out of these figures, only about eight have fully deployed the eto infrastructure which includes automated gating systems and other IT equipment.

Also, the disappearance of the Apapa gridlock could be attributed partly to the new policy on empty containers, which compelled shipping lines to take at least 80 per cent of the loaded containers that they came with for every voyage in terms of empty containers and export cargo.

On a scale of 1-100%, how many containers are moved in and out of the ports by barges?

We currently have about 59 barge licences issued to different companies that applied to be given these licenses and they have various sizes of barges. Some of them are either self-propelled while others use tug boats. We can say approximately about 10-15 percent of the cargo are moved by barges.

Approximately, how many containers can a barge carry?

Between 20-50, depending on the size of the barge. There are bigger barges that are being brought in by some of the shipping terminal operators that can actually carry more containers. We have seen applications that people have sent in in the past few weeks with barges that can carry about 70 containers or so, but we are being careful here, we need to ensure the quality and safety of the barges. There are also issues with barges operating at night. We felt that wasn’t very safe and we have stopped that.

There are other seaports in the eastern part of the country, why can’t we utilise them to reduce pressure on those in Lagos?

There are many other ports outside Lagos. Naturally, we have the Calabar, Warri, Onne and Rivers Ports. Let me clear this fact, NPA cannot decide for consignees (importers) where they will take their cargoes to, and we understand that about 70 percent of the cargoes coming into Nigeria come in through Lagos. There is a high concentration of industries in Lagos and Ogun. It is most likely that importers of raw materials that are going to those factories in Lagos or Ogun will actually bring them in through the Lagos Ports. However, what we have done is to offer tariff incentives in those port locations outside Lagos so that it will encourage shipping lines and importers to also bring in their cargoes through those ports and it has started working.

We have seen a gradual increase in the tonnage and we are hoping there will be a jump soon. However, within this month, we will also start looking at the tariffs that we have offered in those locations. We have encouraged the use of flat bottom vessels to come into Calabar and other locations.

The three seaports have common issues, Warri Port is about 109kms away from the ocean so that means from the beginning of the channel to the port in Warri is about 109kms; the Calabar Port is 101kms, Port Harcourt Port is about 69kms and Lagos is about 9.2kms. The implication here is that travelling time is longer, maintaining the channel is more expensive, siltation is also very high and it also means that there are security issues in that part of the country, unfortunately.

In Lagos Ports, you can take in and out your vessel any time of the day or night but in that part of the country, there is a little window in the morning and afternoon where you can take in or out the vessels.

Each of those ports also has peculiar issues. Like the Warri Port has a breakwater that collapsed probably nine to 10 years ago. The breakwater is a physical infrastructure that is built in the sea to break the sea waves into the channel and also to reduce sedimentation and siltation into the channel. Also, in Warri Port, an NNPC pipeline is buried about seven meters deep down, and that means you cannot dredge deeper than seven meters. Also, you cannot bring bigger vessels. As for Calabar, its distance is far away from the port, the dredging there hasn’t been done for so long. There’s also a court matter between NPA and the last company that was given the dredging contract. We are working to resolve it out of court.

Rivers Port lifespan has already expired, the berth was built with sheet piles when it was built in the 40s or 50s, so there are limitations to how deep you can actually dredge that part and these days, everybody wants to bring in bigger vessels but there is no port location in Nigeria that has more than 13.5 meters. That is why we are seeing Lekki Deep Sea Port as the saving grace and we just can’t wait for it to come on board.

The first phase of the port will have 16.5 meters; that means any vessel that draws 15 meters or so can come into that port and then the marine businesses that we have been losing to neighbouring countries will actually start coming back into Nigeria.

The second phase of the Lekki deep seaport will take the draft that is up to 20 meters, which means the channel will also be deeper than 20 meters, but there is a plan. Currently, NPA is working with the Federal Ministry of Transport which has requested NPA to sit down with the terminal operators to think out how to reconstruct the ports in Lagos and reconstruction here means not just the physical infrastructure, you also need to have better equipment, better IT systems that will improve efficiency and that discussion has been going on.