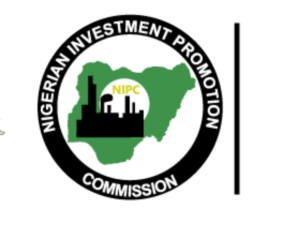 As the African Continental Free Trade Agreement (AfCFTA) gets set to take off in a week, Minister of Industry, Trade and Investment, Otunba Adeniyi Adebayo has called on Nigerians, particularly industrialists, to take advantage of the inherent opportunities in the deal to promote made-in-Nigeria goods and boost exports.

Recall that AfCFTA, the world’s largest free trade area in terms of the number of participating countries, is expected to commence on January 1. The commencement will signal the implementation of the much-awaited implementation of Africa’s single market.

In a statement signed by his Special Assistant on Media, Ifedayo Sayo, the Minister said Nigeria cannot afford to be left out of the emerging trade bloc. He said AfCTA is a $3.4 trillion opportunity Nigeria must play a leading role.

Adebayo added, “The journey started on July 7, 2019 when Nigeria became the 53rd African country to sign the AfCFTA treaty. Long before then, it had always been the dream of Nigeria and Africa’s founding fathers to unite the continent in one, shared prosperity. AfCFA will form a $3.4 trillion economic bloc, which Nigeria cannot afford to miss out on.

“We have worked tirelessly to ensure that Nigeria does not only partake as a signatory in name but also become a major trade and economic powerhouse even more than we have been within the ECOWAS region.”

Also speaking on measures taken by the government towards the effective implementation of the agreement, Secretary, National Action Committee on AfCFTA, Francis Anatogu, said.

“We are effectively coordinating with all critical stakeholders to ensure a smooth playing field for Nigerian traders and businessmen to explore the vast market that will open come January 1. We are set to commence a major communication campaign and have tagged January 2021 as AfCFTA Awareness and Sensitization month, which would take place across the six geopolitical zones and would involve various stakeholder groups in public, private and civil society.”