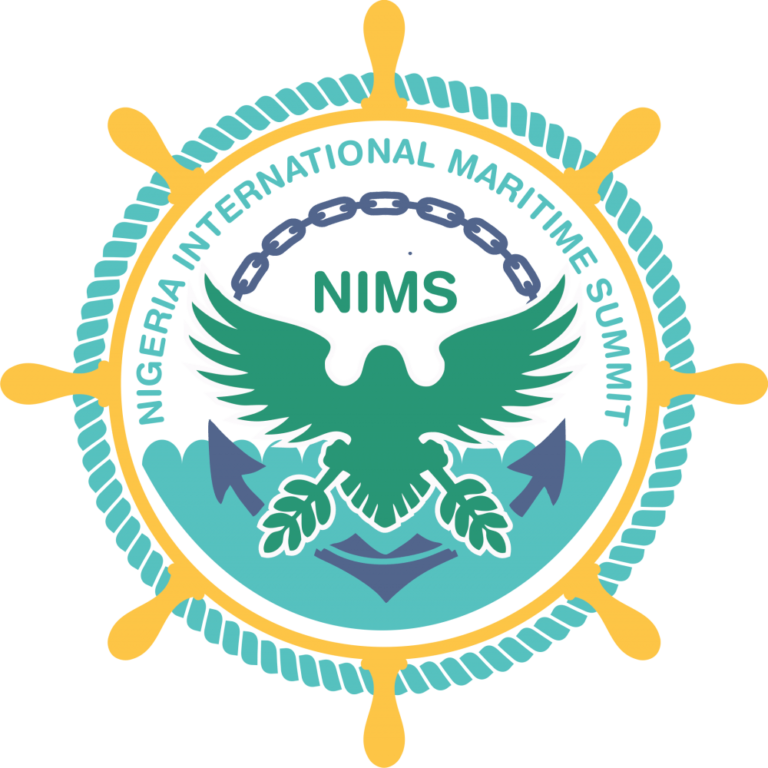 According to a statement released in Lagos on Wednesday, NIMS is a “whole-of-value-chain business event for Nigeria’s maritime industry’s operators, service providers, regulators, and development organizations.”

The Hybrid Event will include a conference, exhibition, and an industry gala, with the goal of “creating a first-rate promotional, commercial development, and policy activation opportunity.

NIMS is supported by major government agencies as well as an industry-wide coalition of the Nigerian maritime private sector.

You may register for the event directly on their website here: https://nims.com.ng/register/

“NIMS promotes both Nigerian and international maritime businesses to targeted industry buyers. It is the official entry point for the Nigerian Maritime Cluster Initiative (“NIMCI”).”

According to the announcement, Mfon Ekong-Usoro, a marine lawyer, has been chosen as the Chairman of the NIMS governing board, while Aminu Umar has been elected to head the event’s advisory council.

Carriage of Goods by Land (Road and Rail) Bill 2019

Mrs. Margaret Orakwusi is one of the founding partners of Consolidated Legal practice. She is the foremost maritime lawyer and Chairman of the Nigerian Ship Owners Forum. She has handled a wide variety of admiralty and maritime cases, including cargo claims, collision, limitation of liability, personal injury, salvage, marine liability, vessel arrests, seamen and longshoreman injuries, various types of liens, warranty issues, vessel mortgage and documentation, salvage, vessel fires and vessel repair disputes. Some of her qualifications and accomplishments include:

• Member, Board of Trustees, Ship Owners Association of Nigeria (SOAN) 2014 to date

• Board Member, Shippers Council 2018 to date

• Fellow, the Certified Institute of Shipping (FCIS) 2010 to date

Mr. Greg U. Ogbeifun is the Managing Director/CEO of Starzs Marine and Engineering Limited. He is also the Chairman/CEO of Starzs Investments Company Limited, a marine company whose activities include Ship ownership and management, marine logistics providers, private maritime security providers, operation and maintenance of vessels servicing the offshore oil industry in Nigeria. He is a qualified Marine Engineer with a first-class (combined) Certificate of Competency and an Associate Member of the Institute of Marine Engineers. Mr. Ogbeifun is recognized as a Marine Surveyor by Lloyds Register of Shipping, London, Germanischer Lloyds of Germany and is a non – exclusive surveyor to Germanischer Lloyds and Bureau Veritas of France. He was trained by Shell Tankers UK. In 1980, he joined Arab Maritime Petroleum Corporation, Kuwait, which he left to join the Oil Limited Nigeria office, which was a part of the ocean Inchcape Group as an Engineer. As the President of SOAN, in 2015, he led the Nigerian delegation to the first-ever Commonwealth Business Forum which resulted in SOAN’s election as one of a three-member working group of CWEIC to explore opportunities for collaborations amongst Commonwealth member nations. Other members of the working group include Transport Malta and UK Maritime.

Mr. Akabogu is a widely recognized expert in the field of maritime law and policy in Nigeria and leads the resourceful and enterprising team at Akabogu & Associates. He holds a law degree from the University of Lagos and was called to the Nigerian Bar in 2000. He also holds a Masters degree with a specialisation in Maritime Laws from the University College London. He has researched and represented clients in related and cross-cutting fields of law including maritime, shipping, international trade, energy, logistics, aviation and intellectual property. He brings a robust, incisive and problem-solving perspective to client challenges, setting the tone for the firm’s service delivery. Mr. Akabogu has sat on various industry and government committees on maritime policy and shipping development and is a regular speaker at seminars and conferences. His book, ‘Maritime Cabotage in Nigeria’, was the first published work on the subject in Nigeria and is in addition to numerous other published articles. Mr. Akabogu is the Convener of the globally acclaimed OTL Africa Downstream Expo, which has become the principal downstream petroleum event in Africa. He regularly resorts to his broad industry knowledge and networks in solving diverse legal problems. He is a recipient of the prestigious British Chevening Scholarship, a Fellow of the Chartered Institute of Shipping, and the publisher of the niche-market industry-leading magazine, Marine & Petroleum Nigeria. He serves on the Executive Council of the Nigerian Maritime Law Association as Publicity Secretary. Professional Associations: Nigerian Bar Association, International Bar Association, Nigerian Maritime Law Association, Maritime Arbitrators Association of Nigeria, Chartered Institute of Shipping, Indigenous Ship Owners Association of Nigeria (Associate Member), and London Shipping Law Centre. Areas of Specialisation: Maritime, International Trade, Energy and Natural Resources Law.

Princess Victoria Ayodele Haastrup, a co-founder, is the Executive Vice-Chairman, and a significant shareholder of ENL Consortium Ltd, the entity that manages the operations of the Terminals C&D of the Lagos Port Complex, Apapa. She is also the Chairman of, Sea Ports Terminal Operators’ Association of Nigeria (STOAN), an umbrella body that comprises key operators of the seaport terminals in Nigeria. A very active and prominent player in the Maritime Sector in Nigeria, Princess Haastrup, is a graduate of Business Management from the then Holborn College London. She also studied in the following institutions of higher learning where she took professional courses:  – London Business School.  – London Corporate Training Centre. – Pitman Central College, London.  Prior to joining ENL, she served the Nigerian National Petroleum Corporation (NNPC) meritoriously for 23 years, rising through the ranks to attain the position of Special Assistant to the Honourable Minister of Petroleum & Energy.

Mr Umar has over 20 years of experience in the oil and energy sector. He has also over time played a significant role in shaping the maritime industry evidenced by the various roles and capacity he has served. He is the Founder and CEO of Sea Transport Services Nigeria Limited, a refined petroleum product, vessel owner & operator company. Mr Umar is also Founder and Managing Director of Integrated Shipping Services Nigeria Limited, the largest indigenous tanker port agency firm in Nigeria for Products, crude and LNG tankers. Mr Umar started his career as an Accountant with the Overseas Agency Nig. Ltd (OAN) in 1994 and served in the position of the Managing Director from 2001 until 2007, where he built experience across diverse aspects of the maritime industry. Mr Umar is currently the President of Nigeria Ship-Owner’s Association (NISA) and a member of the Ministerial Committee on establishing Nigerian National Fleet, the Ministerial Committee on Nigerian Fleet Implementation Committee member and the Advisory Council to the Executive Management of Nigerian Maritime Administration and Safety Agency (NIMASA). Mr Aminu holds a B.Sc in Accounting from the University of Maiduguri.

Jean Chiazor Anishere is a Notary Public, a Senior Advocate of Nigeria (SAN), and a successful author of books titled: ‘Essays in Admiralty’, published periodically in England, by one of  UK’s best publishers in Shipping and Oil and Gas topics; PETROSPOT UK  Jean is the Editor – In – Chief of Admiralty Law Reports of Nigeria, volumes 1 – 18 (A compendium of Judgments on Admiralty Matters in Nigeria, through the Federal High Courts to the Supreme Court of Nigeria) with a comprehensive index of cases published so far. She holds a Certificate of Merit in Shipping from the Cambridge Academy of Transport in England. She was awarded International Woman of the Year (1997-1998) by the International Biographical Centre of Cambridge in recognition of her services to Law, and the International Professional of the Year 2005, for her excellent practice in the field of Law. Jean’s name is published in the ‘Who’s Who Legal Nigeria’.  Jean is the Legal Adviser and Executive member of the Commonwealth Business Women Network (CBWN), Legal Adviser and member of Women in Energy Network (WIEN) with numerous professional membership and affiliations.

Dr. Bolaji Akinola is a maritime and corporate communication expert. He is the CEO of Nigeria’s leading maritime media and public relations firm, Ships & Ports; Co-Founder/Director of the Maritime Microfinance Bank and Spokesman of the Seaport Terminal Operators Association of Nigeria (STOAN). He also consults for leading maritime companies within and outside Nigeria. Akinola holds a Doctor of Philosophy (PhD) degree in Media and Communication, Pan-Atlantic University, Ibeju-Lekki, Lagos; Masters of Business Administration (MBA), Lagos Business School; and Masters in Transport Management, Ladoke Akintola University of Technology, Ogbomosho, Oyo State. He served as the Executive Secretary, Nigeria Maritime Expo (NIMAREX) from 2011 to 2014; President, Maritime Reporters Association of Nigeria (MARAN) from 2011 to 2014 and President Executive MBA 15 Alumni Class of Lagos Business School from 2011 to 2015. A Fellow of the Nigerian Institute of Shipping (NIS) and Fellow of the Certified Institute of Shipping of Nigeria (CISN), he is widely travelled and has won several awards and accolades in the maritime sector.

OTUNBA KUNLE FOLARIN is an Economist with over Forty-five years of cognate exposure and experience in the Maritime Sector. He has at various times held positions of Chief Executive in Shipping and Maritime Services of leading Multinational Companies and Managing Consultant of a frontline consulting firm. He served as Chairman of the Shipping and Transport Trade Groups of the Lagos Chamber of Commerce and Industries and is currently the Chairman of the Ports Consultative Council and the National Seafarers Welfare Board. He is on the boards of several companies and Agencies in the Public and Private Sectors. Amongst which is the Joint Maritime Labour Industrial Council. He was a member of Vision 2020, NEPAD Working Group and the Panel that Re-organised the NNSL. He has delivered lectures at several National and International Seminars, workshops and conferences in various fields particularly on Ports, Shipping and Maritime Services. He has travelled extensively in Europe, Canada, United States of America, far East and Africa, participating in Conferences, Lectures, Projects and other issues relating to Ports Shipping and International Trade in over Twenty-seven countries. Otunba Kunle Folarin expertise and wealth of experience has contributed greatly to the realization of several projects and programmes in shipping and Port Development.

Mahmud Bamanga Tukur was the past Chief Executive Officer, Director & MD of Eterna Plc. Mr Tukur is also a Member of the Institute of Directors and on the board of 7 other companies. Mr. Tukur previously occupied the position of Chief Executive Officer & Managing Director at Daddo Maritime Services Ltd. and Member-Governing Council at Nigerian Chamber of Shipping. Mr. Tukur received an undergraduate degree from Cardiff Business School and an undergraduate degree from The University of Wales.

You may register for the event directly on their website here: https://nims.com.ng/register/