Nigerian Navy wants to join in cargo examination at seaports 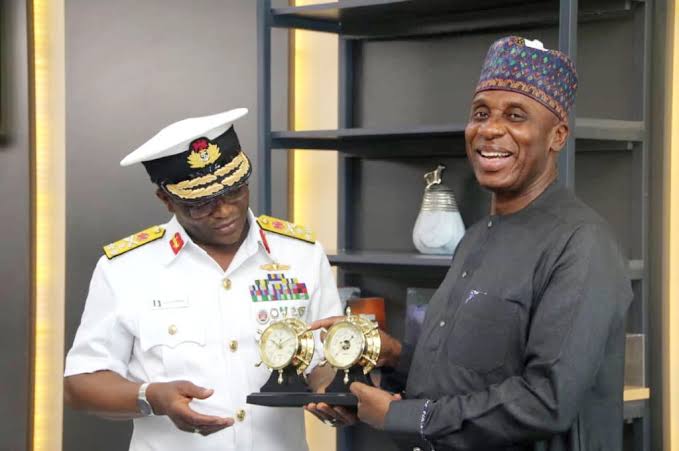 The Nigerian Navy has said that it wants to join the legion of government agencies involved in examining cargoes at the nation’s seaports.

Some of the agencies involved in cargo examination at the seaports include Nigeria Customs Service (NCS), Standards Organisation of Nigeria (SON), National Agency for Food and Drug Administration and Control (NAFDAC), National Drug Law Enforcement Agency (NDLEA), Nigeria Police Force (NPF), Nigerian Agricultural Quarantine Service (NAQS), Office of the National Security Adviser (ONSA) and the Department of State Security (DSS), among others. All the agencies impose some form of a levy on consignees before allowing their cargoes to exit the port.

In addition to these, Customs as well as other security and traffic control agencies maintain a strong presence on the port access roads, intercepting and examining every cargo that exits the ports.

However, making a case for the involvement of the Nigerian Navy in cargo examination, the Chief of Naval Staff, Vice Admiral Awwal Gambo, said in Abuja weekend that the presence of his men at the port would curtail the proliferation of small arms.

“Credible intelligence has it that since we left the ports about 1996, the proliferation of small arms and light weapons into our country is scary. But again, at every importation of fertilizer making materials or explosives for mining sites, the navy had to be invited.

“If NPA invites us at every opportunity to come and inspect these consignments and also ensure that they get to the destinations they are meant for and they are not diverted, then why not have us at the ports so that when the containers come in, they are not broached in the ports and subsequently after the inspection, we make sure they get to the right destination,” Gambo said during a courtesy visit to the Minister of Transportation, Rotimi Amaechi, in Abuja weekend.

He, however, said that his request for naval presence at the port “has not gained the necessary traction”.

He said he would not give up on the quest to involve his men in cargo examination at the port.

The navy chief’s request is odd though because nowhere in the world is the military involved in cargo checks at the port.

The Nigerian Navy maintains a strong presence on the waters and it should concentrate on protecting the nation from external aggression through the waterways.

The Nigerian Navy also needs its officers to help the country put an end to crude oil theft and pipeline vandalisation.

There are too many government agencies at the port already overburdening hapless shippers. The Navy should not join them