Nigerian Shippers’ Council emphasises the importance of INCOTERMS to the success of the AfCFTA. 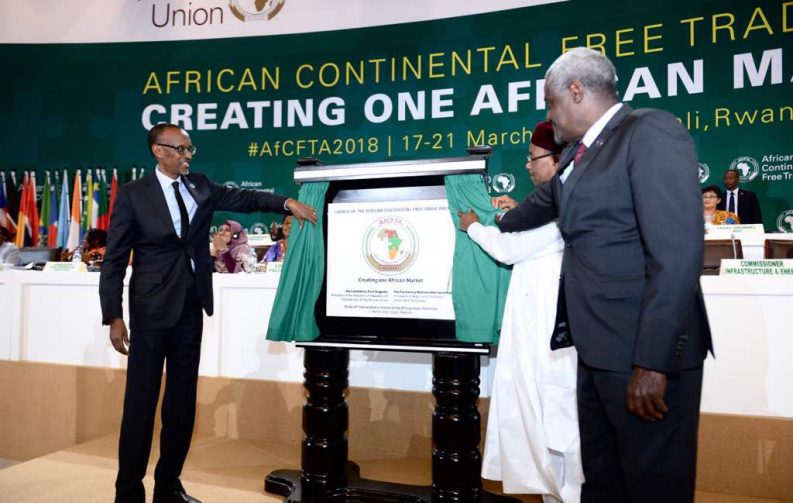 According to the Nigerian Shippers’ Council (NSC), stakeholders in the trade and transportation sectors must be familiar with International Commercial Terms (INCOTERMS) in order to get the most out of the African Continental Free Trade Agreement (AfCFTA).

This was said by NCS Executive Secretary and Chief Executive Officer, Barrister Hassan Bello, during a sensitization workshop on INCOTERMS 2020 on Thursday.

“INCOTERMS 2020: Necessity for Global Trade Transaction” was the theme of the workshop, which was organized by NSC in collaboration with the International Chamber of Commerce (ICC).

Bello claims that getting a clear grasp of the terminology would serve to prevent trade disputes and litigation, as well as squandering time and money on international trade.

“It is important for any stakeholder in Nigeria’s trade and transportation sector to understand incoterms since they are significant not just in international trade but also in local trade.”

“Adequate knowledge of the rules would minimize trade conflicts and lawsuits, as well as waste of time and money.

“The African Continental Free Trade Region (AfCFTA) launched in Nigeria in January 2021, and Nigeria, as Africa’s largest market, must put in place the required steps to understand the correct implementation in incoterms 2020 for Nigerian stakeholders.

He went on to say that the terms, which was released in September of 2019, would assist merchants in rendering trade terms that would benefit Nigeria’s economy.

“It will create awareness, one will be able to make appropriate choices of the rules in the trading transactions so that our economy will benefit from such rules

“As most of you know, INCOTERMS are trade commercial terms, and the International Chamber of Commerce (ICC) is responsible for establishing international standards for the interpretation of widely used trade terms.

“They reduce the amount of disputes and other issues that arise from differing meanings of certain trade words in various countries to a manageable level.

“INCOTERMS has undergone several updates, the most current of which is incoterms 2020, which was released in October 2019.

“On the topic of delay, it is very clear on the issue of which parties’ rights and duties arise in the contract, taking into consideration some of the complexities that sometimes exist, such as security-related obligations of carriage and costs.

Mrs Olubunmi Osuntuyi, Secretary General of the International Chamber of Commerce (ICC), claimed in her welcome address that the document is extremely important as Nigeria join international relationships.

She went on to say that it would help create relevant concerns about the AfCFTA, which would ultimately lead to doing the best thing that would benefit everybody.

“This document became effective on January 1, 2021, and it recognizes that we ought to set in place trading conditions so that we don’t shortchange ourselves when we enter foreign relationships with exporters and importers.

“By bringing all of the stakeholders together, we would be able to have proper dialogue for the AfCFTA and our economy, so that we can benefit from INCOTERMS and the new initiative on the continent,” she said.