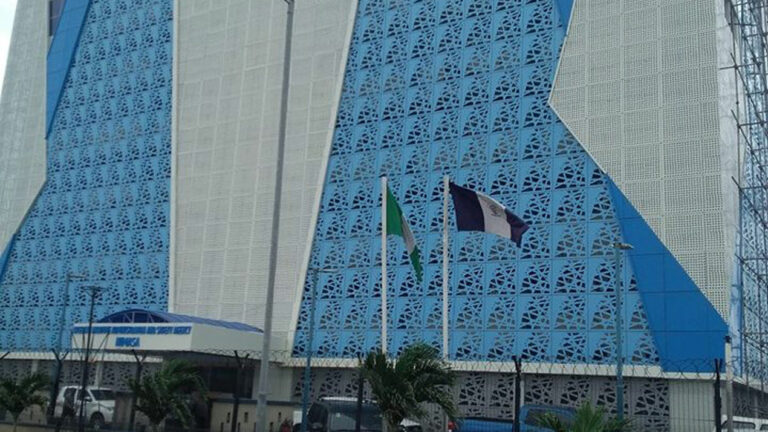 The Director General of Nigerian Maritime Administration and Safety Agency (NIMASA), Dr. Bashir Jamoh, had said bringing in the security ship donated by South Korea to fight piracy in the Gulf of Guinea will cost Nigeria $1.4 million.

Jamoh, who disclosed this during a media parley in Lagos recently, said as part of foreign communities’ contribution towards the success of the deep blue project, South Korea donated a security ship to Nigeria recently to help strengthen the fight against maritime security in the Gulf of Guinea.

The NIMASA boss also frowned at the continuous sabotage of Nigeria by member states in the Gulf of Guinea. He said these countries are angry that Nigeria is getting all the commendations and support in the fight against piracy in the Gulf of Guinea, especially with the huge amount of money spent by Nigeria in securing the waters through various projects.

Jamoh said due to this negativity, the international community views Nigeria with disdain and see the country as criminal.

“We can no longer speak. We speak at the International Maritime Organisation (IMO) and they look at us as part of the criminals because if there is an attack and people are kidnapped in Togo, Ghana, Gabon or Guinea itself or Sao Tome, these member states will blame it on Nigerian because most of the pirates operate in Nigeria soil. It becomes very difficult and delicate for us to even speak,” he stated.

He said aside from the $195 million assets of the Integrated National Maritime Surveillance and Security Infrastructure also known as the deep blue project, Nigeria needs $1.4 million to bring in the security ship to secure its waters in the Gulf of Guinea.

Jamoh said lack of funds is delaying the country from bringing in the security ship, which is in South Korea, to strengthen its security assets.

Recall that the European Union had last week, said it was going to deploy its members’ warships to the Gulf of Guinea to stem piracy in the region, especially as none of the coastal navies, with the partial exception of Nigeria, can operate the required high-sea patrol boats to respond to attacks.

According to Jamoh, “The issue of maritime security in the Gulf of Guinea is not something that is only confined to the 25 countries within the GoG. It is something that concerns the entire world because of the interests they are having in the continued report of kidnapping and killing of seafarers, as well as hijacking and stealing of properties among others.

“The truth of the matter is that maritime insecurity cannot be addressed by one individual country, we must get support and the GoG water is huge and large and in such a situation we must get helping hands and this is how this country stands.”

Jamoh also noted that there have been some progress with the deep blue project as well as the success recorded in the area of maritime safety and security, where Nigeria experienced the least attack on its waters in the last 28 years.

He said this was made possible through collaborations with sister government agencies, foreign partners, amongst many others.