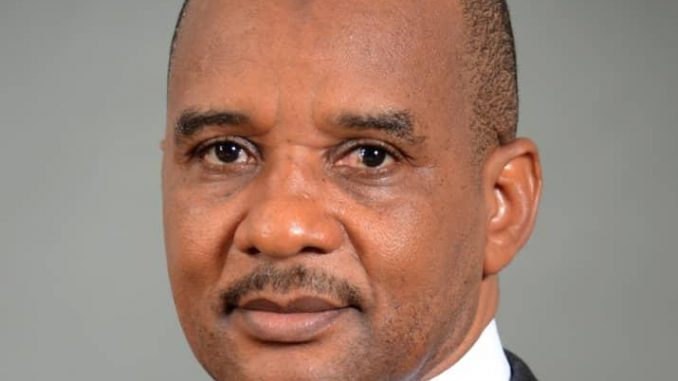 The Director-General of Nigerian Maritime Administration and Safety Agency (NIMASA), Dr. Bashir Jamoh has expressed worry over the persisting War Risk Insurance (WRI) on Nigerian bound cargoes and called for its removal.

Insecurity got so bad in the region before the deployment of the deep blue project that global insurance firm Beazley now offers “Gulf of Guinea Piracy Plus,” a bespoke insurance plan for maritime crew travelling through the area.

The plan provides compensation for illegal vessel seizures and crew kidnappings even in the absence of ransom demands. It tracks insured vessels on a 24-hour basis, but because the risks are so high, it limits claims to $25 million.

Jamoh predicated his call on the falling piracy incidence in the Nigerian waters and the Gulf of Guinea since February when the Nigeria Maritime Administration and Safety Agency (NIMASA) deployed the Integrated National Security and Waterways Protection Infrastructure popularly known as the Deep Blue Project.

This came as it has been disclosed that Nigeria’s maritime trade is, to say the least, threatened due to the increasing war risk insurance premium now being paid by Nigeria-bound vessels.

Although according to Dr. Jamoh piracy in the Nigerian waters is waning, stakeholders in the industry are worried that offshore underwriting firms still insist on a very high premium to be paid by those conveying cargoes to Nigeria.

War risk insurance is a type of insurance, which covers damage due to acts of war, including invasion, insurrection, rebellion and hijacking. Some policies also cover damage due to weapons of mass destruction. It is most commonly used in the shipping and aviation industries.

It generally has two components: War Risk Liability, which covers people and items inside the craft and is calculated based on the indemnity amount; and War Risk Hull, which covers the craft itself and is calculated based on the value of the craft. The premium varies based on the expected stability of the countries to which the vessel will travel, the war risk phenomenon, which was only known to countries with a high rate of piracy such as Somalia, also found its way into Nigeria following the massive involvement of youths in the Niger Delta in militant activities.

“We, therefore, invite the international shipping community to rethink the issue of war risk insurance on cargo bound for our ports. Nigeria has demonstrated enough commitment towards tackling maritime insecurity to avert such premium burden,” Jamoh said.