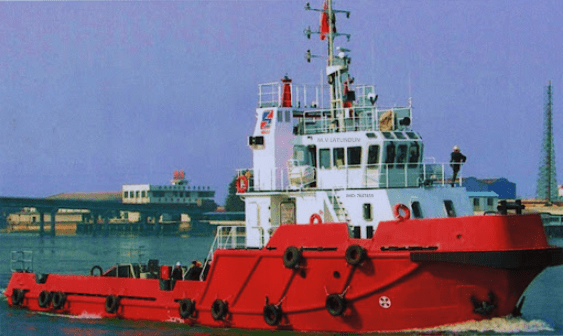 The Nigerian Shipowners Association (NISA) has resolved to set up a national carrier with equity contributions from its members and also float a USD500 million fund to serve as a revolving loan to enable its members to renew their vessel fleets.

The association also said that it would resuscitate its annual Nigeria Maritime Expo (NIMAREX), which was set up to attract investments into the shipping sector. NIMAREX, which started in 2010, went into limbo after a lacklustre edition in 2016.

Speaking with SHIPS & PORTS in Lagos over the weekend, the Chairman of NISA Steering Committee, Mr. Sunday Omatseye, said the association was ready to reclaim its leadership position in the maritime industry.

He said, “This Steering Committee is set up by NISA to revive the mandate of the association. As we said in the last briefing, we are back and alive. The committee has mapped out seven-point agenda and one of it is to float $500 million maritime funds to acquire vessels and other assets.

“To achieve this, strategies are on the ground already like engaging international financial institutions. However, this does not mean we are leaving CVFF (Cabotage Vessel Financing Fund) behind but we have to look for other alternatives for now. We need to move on. So, this is one of the plans ahead of us and all the required moves have begun.

“As regards the Cabotage Vessel Financing Fund, we will engage the Federal Government on possible ways to make the disbursement possible. A lot of propaganda is surrounding the fund but we will sit down with the government to discuss it.

“We have also determined to revive NIMAREX. The objective has been to showcase the maritime potentials in the country. We have travelled to different parts of the world to attend seminars and maritime exhibitions and we discovered that we have massive and marketable potentials in the Nigerian maritime industry and nothing should stop NIMAREX from carrying out that function. We are bringing it back.”

Omatseye said the proposed national carrier named ISAN Shipping Line was registered in 2008, and it is owned “by all the members of the association”.