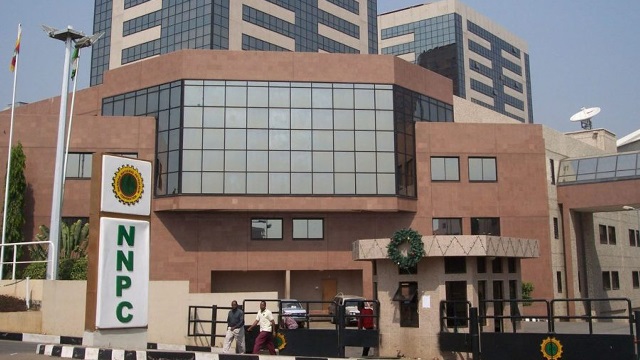 For NNPC, securing the facility is a milestone achievement, especially in its bid to scale up investments in the oil and gas industry.

The loan will provide a veritable platform for NNPC Limited to successfully implement the Petroleum Industry Act (PIA) in the Industry.

The new legislation has provided business opportunities that will enable the NNPC to earn more revenue for the country and attract Foreign Direct Investment (FDI) into the Nigerian energy sector.

The loan will therefore serve as a facilitator for the upcoming projects.

Additionally, the PIA has raised stakeholders’ expectations of the company, even as it has given it wide room to stimulate investments in the oil and gas industry.

A major outcome of this partnership with Afreximbank is to support upstream capacity to boost energy supply.

There will be an acquisition of interests in quality upstream oil and gas producing assets, just as it is projected that this will help facilitate energy supply and transition.

The NNPC by this funding prospect will take over ownership from a non-investing partner through the acquisition of pre-emption rights in the Sample Joint Venture.

Furthermore, the NNPC’s strategy will also enable the company to invest in assets that will address and reduce the issues of integrity, bottlenecking and growth challenges; it will also support the promotion of rig-less activities and drilling campaigns in the Oil industry.

On funding repayment, it is expected that this will be done within a four to eight years’ period with the objective of ensuring major financial obligations and appropriate discharge of operating expenses.

Meanwhile, a fall out of the collaboration will be to explore the innovative idea of establishing a Pan-African Energy Transition Bank; NNPC Limited and Afreximbank have agreed to work out the modalities of achieving this objective.

The importance of an African Energy bank cannot be overstated as there is a need to cultivate a pool of investors who understand and appreciate the importance of oil and gas to the economic development of African nations.

Whilst Foreign Capital is desirable, it has hitherto not been reliable in funding oil and gas investment in Africa.

The establishment of institutions such as the African Energy Bank will therefore enable local oil and gas companies to boost new and existing projects developments, ensure reliable financing channels for oil and gas and position the continent as a net exporter of hydrocarbons while creating capital opportunities for renewable energy projects.

Afreximbank is a Pan-African multilateral trade finance institution created in 1993 under the auspices of the African Development Bank with the mandate to finance and promote intra- and extra-African trade using three broad services.

The services are credit (trade finance and project finance), risk-bearing (guarantees and credit insurance) and trade information and advisory services.

Afreximbank has 50 African member countries; as of June 2020, the bank had four regional locations and is in the final stages of establishing a fifth regional office for Central Africa.

The Chief Executive Officer of the NNPC Limited Malam Mele Kyari and the Chairman of the Board of Directors and President of Afreximbank, Prof. Benedict Oramah, sealed the epoch-making agreement on behalf of their respective institutions in Cairo, Egypt.

In another development, the Federal Government has proposed to extend the subsidy removal implementation period by another 18 months, in a demonstration of concern for the economic wellbeing of its citizens.

The Minister of State for Petroleum Resources, Chief Timipre Sylva, said this during a special briefing on fuel subsidy at the Presidential Villa, Abuja.

Sylva said that the extension would provide all stakeholders with the needed time to put in place necessary steps and palliatives that would cushion the effects of the subsidy removal, in line with prevailing economic realities.

Whilst allaying fears of a possible gradual increase in fuel prices in the coming months, Sylva noted that every measure will be put in place to protect Nigerians from hardship.

As a sequel to the Ministerial briefing the Senate President, Sen. Ahmad Lawan had convened a meeting of the critical stakeholders, where he urged the Leadership of the Nigerian Labour Congress (NLC) to cancel the planned protest on subsidy removal.

Speaking at the same meeting, the Minister of Finance, Budget and National Planning, Mrs Zainab Ahmed, said that the Federal Government reconsidered the planned subsidy removal due to the already heightened inflation.

According to her, removing the fuel subsidy at this time would impose more hardship on Nigerians.

This, she said was against the wish of President Muhammadu Buhari.

The minister said before the removal of the subsidy, a number of measures would be put in place to cushion the effects of the removal.

This includes deploying an alternative to petrol and increasing the country’s refining capacity among others.

Ahmed also stated that based on the reconsideration of the subsidy removal, the ministry would make appropriate budgetary provisions for subsidy after June 2022.

On his part, the CEO of NNPC, Malam Mele Kyari restated the commitment of the NNPC to the energy security of the country.

Still, in the week under review, the Federal Government announced plans for the full deployment of autogas in filling stations and the conversion of 200,000 commercial vehicles to run on gas this year.

This is part of measures to cushion the impact of the proposed removal of subsidy on petrol.

Speaking at the meeting with key stakeholders in Abuja by the Minister of State for Petroleum Resources, Chief Timipre Sylva unveiled the 2022 Framework for the deployment of Compressed Natural Gas (CNG) popularly called autogas in Nigeria.

The minister stated that the government was out to ensure that it made available the alternatives required before the removal of subsidy on Premium Motor Spirit (PMS), stressing that the deployment of autogas was one of such key alternatives.

He also stated that the government would be supporting them with 50 per cent of the conversion kits to fast-track the process, adding that additional support as required would be given, going forward.

In the framework, the minister explained that with abundant gas reserves of about 206.53 trillion cubic feet, a population of about 200 million people, and the enactment of the Petroleum Industry Act, which eliminated the continuous absorption of petrol subsidy, it was now vital to deploy autogas.

Three implementation options were highlighted in the document, as the government stated that in the first option, its target was to convert one million public transport vehicles and install 1,000 refuelling centres within 36 months.

For the first 18 months, it plans to achieve 500,000 conversions and 580 refuelling centres supplied by five Original Equipment Manufacturers, among other targets.

In the plan, the government plans to convert 200,000 commercial vehicles this year, including tricycles, cars, mini-buses and large buses.

On the selection criteria for network operators, the government stated that the marketer must own and/or operate a minimum of 21 stations nationwide.

The dealer must own and/or operate a minimum of five stations in each proposed city and must be willing to demonstrate creditworthiness and the ability to pay back within the stipulated timeframe.

Meanwhile, the CEO/ GMD of NNPC, Kyari has expressed willingness to partner with the Nigerian Communications Satellite Ltd. (NIGCOMSAT) to secure the oil and gas facilities of the company through various technological innovations of the Satellite Company.

Kyari made this commitment when he hosted the management staff of NIGCOMSAT in his office led by the MD/CEO, Ms Abimbola Alale.

The CEO/GMD of NNPC had during the discussion reiterated the need for safe and reliable security services for the NNPC facilities especially those in remote areas.

The GMD also gave assurances that with the new status of the organisation as a limited liability company, NNPC, under his stewardship and the present administration, would ensure that the company work for the good of all Nigerians and the country.

And that NNPC migrates their satellite-based private network to NIGCOMSAT Satellite on the C/Ku bands in a managed-services agreement.