On proliferation of associations in the Nigerian maritime industry 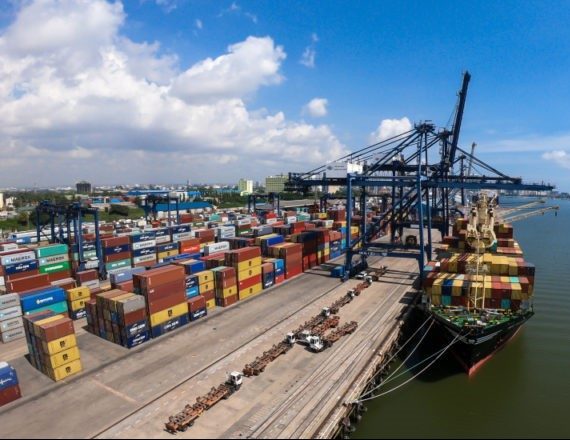 In recent times, the nation’s maritime industry has witnessed a proliferation of associations of different operators in the industry. There is hardly any group that still operates with one voice unlike what obtained about two decades ago.

Worst hit by the proliferation of associations are freight forwarders and journalists, who have been fragmented into at least ten different groups. In the case of freight forwarders, more associations or groups continue to emerge almost every year. The result of this is that they are unable to present a common front as they battle to outwit one another.

An association is an organized group of people who have the same interest, the same job, profession, trade or vocation. It then follows that in the maritime industry that parades many associations, what actually exist are dissident groups of one association that are pursuing their own selfish interests.

Evidently, this state of affairs is not in the interest of the growth and development of the maritime sector. With the numerous groups unable to articulate their views, interests and professional competence as one body, the industry suffers for lack of professional inputs. Professionalism, efficiency and productivity are sacrificed on the altar of mediocrity, incompetence and selfishness.

The saddest aspect of this multiplicity of associations is that it provides government agencies and policy makers the leeway to deny the industry the necessary government actions and interventions that should lead to industry growth. For instance, the Minister of Transportation, Rotimi Amaechi, while announcing the withdrawal of approval for the disbursement of the Cabotage Vessels Financing Fund (CVFF) to indigenous ship owners, alluded to what he called lack of unity and inability to speak with one voice as part of the reason for the withdrawal of the approval. Even though, this could be dismissed as a lame excuse or a statement that cannot adequately be substantiated, the truth is that government is aware of the existence of multiple associations of ship owners and has used that to deny them of their rights to the detriment of the industry. The minister had always accused the ship owners of not speaking with one voice.

The multiplicity of associations within an association has enabled government to get away with retrogressive, draconian and unproductive policies. Because the different associations that are affected by such policies cannot speak with one voice, the policy is shoved down their throats. It is sad to observe that when such policies come or government takes an action that is not in the overall interest of the industry, the operators that are directly affected will be singing discordant tunes. While one association is condemning, the other is applauding. Sometimes, you even find them attacking one another over such issues.

When this is the case, in most cases, one can bet that the leaders of the associations have been bought over to sing the tune they are singing. A clear example is what happened in the industry during the NPA/OMSL saga. And with the coming of the controversial Cargo Tracking Note (CTN) yet again, one is likely to see the different associations speaking in different tongues instead of having an articulated position that will benefit them and the industry.

There is need for these associations to come together for their mutual benefits. Where this is too difficult, they should explore the option of having a working group that will speak for all the associations that operate in a particular area when issues of utmost importance to them and the industry are stake. The working group would articulate their views and positions on issues that affect them and the industry. All the contending associations should learn to acknowledge and support superior opinions and actions of their rival associations instead of engaging in unhealthy rivalry. They should also support and key into laudable initiatives of their so-called rivals.

As people of the same profession or trade, operators should learn to recognize when their common interests are threatened, and try to protect it. The common adage that says that unity is strength should be the watchword of every operator in the industry. There is definitely nothing to gain in disunity and disharmony.

So long as maritime industry operators remain disunited and disjointed, the government will continue to take them for a ride. For the growth of the industry and for the benefit of all stakeholders, the proliferation of professional associations must be highly discouraged.