Pileups of empty containers will continue driving freight prices down 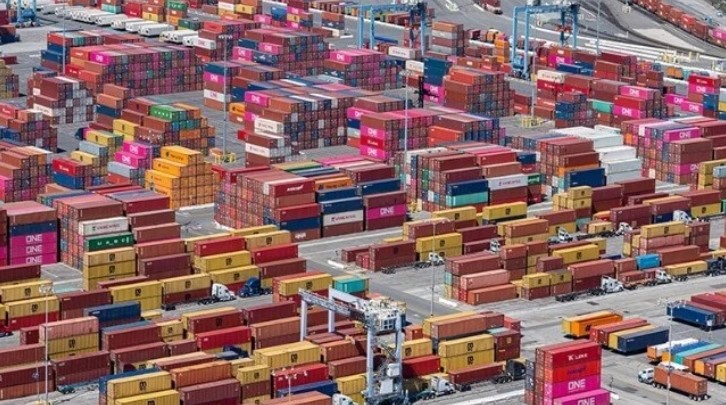 For months U.S. ports have been struggling to deal with the pileup of empty containers which they cited as one of the issues contributing to port congestion and their inability to handle the surge of imports. While the congestion might normally have been contributing to higher freight costs, a new analysis from Container xChange, a container trading and leasing platform for shippers, suggests that the pileup of empties is contributing to the decline in freight prices. Further, with more disruption likely at U.S. ports, they are predicting continued downward pressure on container prices.

The Southern California ports highlighted the problems created by the pileup of empties calling on the shipping companies to send sweeper vessels to get the extra boxes out of the ports. Many ports around the United States resorted to opening up additional storage locations to deal with the increase in empties. The Ports of Los Angeles and Long Beach even proposed imposing surcharges on long dwell time empties while reporting that they were making some progress in clearing the empties. In March, the Port of Los Angeles for example however showed a nearly eight percent imbalance with 36,000 more containers inbound versus outbound at the port.

“In general, logjams and disruptions lead to increase in container prices, especially in second-hand container prices because more container volume is tied up along the logistic supply chain,” said Christian Roeloffs, cofounder and CEO, of Container xChange. “However, in the United States, there is a pileup of empties as those containers cannot be repatriated back to Asia because of several disruptions one after the other in the past two years, and more recently due to the China lockdowns and Russia Ukraine crisis.”

According to Container xChange, container prices are declining in the U.S. by as much as 30 percent in the past two months across the east and the west coast. At some ports, they highlight the prices have fallen by more than half compared to 2021 prices. These prices are expected to further decrease in the coming few weeks according to the xChange trading insights tool.

Slowing consumer demand is some categories and the impact of rampant inflation may temper demand for some consumer goods and slow the volume of imports but the analysis points to other issues that are also likely to impact the supply chain and disruptions. They believe that the current lockdowns in China, primarily impacting Shanghai and factories around the city, have not done enough to positively impact the logjams in the short term. They also point to the number of vessels stuck off Shanghai and the goods that have piled up along the supply chain as truckers have been restricted in their movements.

“There will be a lot of disruptions when the lockdowns are lifted, and vessels will storm the east as well as the west coast ports,” predicts Roeloffs. “There will be an added element of panic shipping,” he said further adding to the supply chain pressures and logjams in the U.S. where ports are already piled high with empties.

“Carriers and other container owners will be getting desperate to get rid of those units,” says Roeloffs. “As more and more containers will be required to be stored in depots in the U.S. and because the depot space is limited, there will be a massive downward push on container prices in the immediate short to mid-term.”

Further, the analysis suggests that as the supply chain improves it will further increase the supply of empty boxes. They expect containers to become more abundantly available in the midterm as turnaround times become faster and shorter again and container fleet utilization increases all contributing to the downward pressures.

Container xChange points to other issues coming up that could also contribute to further disruptions. They express concern over potential work stoppages at U.S. West Coast ports as the labor negotiations start in May with the summer contract expiration. The fears of labor actions could also lead to more ships heading to U.S. East Coast ports and the timing is such that all of this could be happening just as the summer surge in imports traditional begins as retailers build inventories for sales and then the end of year holidays.