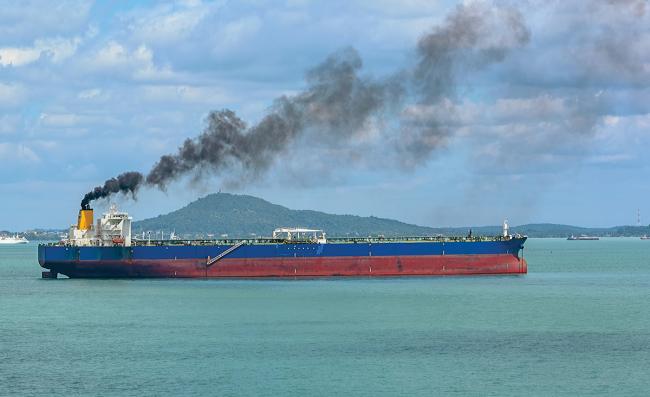 What does Stand.earth’s vision for zero-emissions ocean shipping look like?

As a founding member of the Ship It Zero coalition calling on consumer giants Walmart, Target, Amazon, and IKEA to transition to zero-emissions cargo shipping by 2030, Stand.earth regularly gets questions, like “What does our vision for a zero-emissions shipping industry look like? Is it possible? What technologies are already out there? How long will it take?”

Here are our answers to some of your most pressing questions.

What is Ship It Zero?

​​Ship It Zero is a coalition led by Pacific Environment and Stand.earth aimed at pushing some of the world’s largest retailers — Walmart, Target, Amazon, and IKEA — toward 100% zero-emissions ocean shipping this decade.

In July 2021, the Ship It Zero released its Shady Ships report, revealing that just 15 companies are responsible for emitting millions of tons of pollution from importing their goods into the United States on fossil-fueled ships. It was the first study to quantify the environmental and public health impacts from some of the biggest American retailers’ reliance on overseas manufacturing and fossil-fueled, transoceanic shipping.

In November 2021, the Ship It Zero released its Shady Routes report, taking an in-depth look at four major retail companies that import goods into the United States — Walmart, Target, Amazon, and IKEA — and maps their often-hidden relationships with the fossil-fueled cargo carriers they hire to transport their goods. The report shows the routes favored by the four companies, the emissions impacts of those routes, and how the ongoing cargo shipping backlog has saddled U.S. port communities with increasing rates of pollution.

Why does the shipping industry need to clean up its climate pollution?

The market for transoceanic cargo shipping has grown over the past several decades, and the pandemic accelerated the trend toward shipping goods bought online. Approximately 90% of the world trade is transported by sea, and current business-as-usual scenarios project emissions will grow up to 50% over 2018 levels. Every single merchant ship in operation right now runs on fossil fuels.

The global shipping industry accounts for 3% of global climate emissions, more than global air travel. If shipping were a country, it would be the world’s sixth largest climate polluter. But since maritime shipping negotiated itself out of the U.N. Paris Agreement, the effort to reduce emissions in the industry has been slower than in other sectors. While the International Maritime Organization noted increased ship size and operational improvements aimed at creating better fuel efficiency have resulted in a decrease in emissions intensity, annual absolute emissions are still increasing.

How can companies decarbonize their ocean shipping?

Right now, companies can take immediate steps to demand that cargo carriers slow down their ships and incorporate wind assisted propulsion, which would reduce emissions. These companies can also immediately make investments in and commitments to zero-emissions ocean shipping, which will help accelerate private and public sector investment, development, and production of zero-emissions ocean shipping.

Additionally, companies should leverage other measures such as efficient route planning, prioritizing contracts with carriers that go to ports with shore power, and using carriers engaged in other efficiency measures, such as hull cleanings, advanced coatings, and air lubrication.

While not a zero-emissions solution, cargo carriers can also reduce emissions in the immediate short-term by switching to cleaner fuels like Marine Gas Oil (MGO) over Heavy Fuel Oil (HFO).

Some interesting zero-emissions shipping trials currently in the works include: the world’s first all-electric container ship that will transport fertilizer between Norwegian ports; designs for a liquid hydrogen-fueled cargo ship; a small electric cargo ship that will soon begin test runs across the Pacific Ocean; a hydrofoling cargo ship that would run on fuel cells and green hydrogen, and the recent approval of a high-power fuel cell concept.

The zero-emissions solutions that companies must shift toward include wind-assist propulsion, battery/electric power, and green hydrogen-based fuels (NOT blue hydrogen). Where needed, the local production and storage of zero-emission fuels around ports is also needed in order to support thriving, green port economies.

When analyzing emissions for ships, the Ship It Zero coalition looks at the complete well-to-wake lifecycle of those emissions, not just tailpipe emissions. That means that we do not support the shipping industry’s proposed transition from heavy fuel oil to another fossil fuel source like liquefied natural gas, or LNG.

A January 2020 report commissioned by Stand.earth examined the lifecycle GHG emissions from marine fuels, including a previously poorly understood source of climate emissions from LNG-powered ships — the unintentional releases of the climate super-pollutant methane from ship engines, called “methane slip.” The report found that using LNG could actually be worse than business as usual for the climate.

This is a far cry from the shipping industry’s claims that LNG should be considered an alternative fuel that would help “ease” the way to a zero-emissions future.

What have Walmart, Target, Amazon, and IKEA already done on zero-emissions shipping, if anything?

Since the launch of the Ship It Zero campaign, Amazon and IKEA have taken several positive steps toward zero-emissions shipping. Notably, Walmart and Target are missing from these announcements.

In November 2021 at the UN’s annual climate change conference, COP26, Amazon joined the First Movers Coalition to help commercialize emerging technologies to decarbonize heavy industries including ocean shipping, and committed to moving 10% of its freight on zero-emissions ships by 2030.

Also at COP26, governments and CEOs launched the Clydebank Declaration to establish green shipping corridors among some of the busiest maritime shipping routes. In response to the announcement, the Ship It Zero coalition called on Amazon, IKEA, Walmart, and Target to help spur private sector investment via their commitments to zero-emissions shipping.

And in October 2021, Amazon and IKEA helped launch coZEV, a retailer-led initiative to move 100% of products off of fossil-fueled maritime cargo ships by 2040. Ship It Zero called Amazon’s 2040 commitment “historic but too weak” as the coalition is demanding movement on zero-emissions cargo shipping this decade.

What role do governments and shipping companies like Maersk play?

Retail giants like Walmart, Target, Amazon, and IKEA have close relationships with fossil-fueled cargo carriers. Some of the world’s biggest companies, like Denmark-based Maersk, are accelerating their climate ambitions by announcing plans to achieve net zero climate emissions by 2040, a decade earlier than the company’s initial climate commitment. Maersk is also the first shipping company to join Amazon’s climate pledge. Switzerland-based MSC has also announced plans to reach net zero emissions by 2050.

In April 2022, five European ports announced they would partner with Maersk on a green shipping corridor in Northern Europe and the Baltic Sea. Maersk has also announced plans to tackle air pollution at ports by installing hundreds of offshore charging stations to allow vessels to power themselves with electricity instead of fossil fuels while waiting outside ports.

Governments can also play a crucial role in the transition to zero-emissions ocean shipping. The ports of Los Angeles and Shanghai announced plans to develop a Transpacific green shipping corridor, although the Ship It Zero coalition expressed concerns over the use of the term “low carbon” and cautioned against the use of LNG.

What can consumers do?

As a (likely) consumer of one or more of these major retail companies playing an outsized role in climate change, thanks to their fossil-fueled ocean shipping, the most important thing you can do is let these companies know you think zero-emissions shipping is important.

Learn more about the Ship It Zero coalition at shipitzero.org.