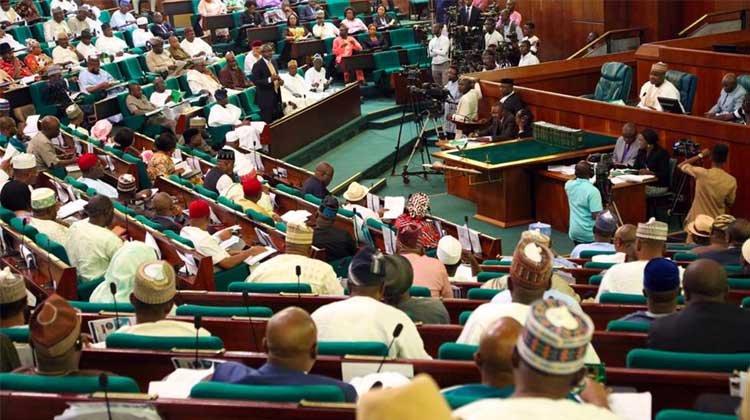 The House of Representatives, on Thursday, asked the Central Bank of Nigeria to suspend the electronic evaluation and invoicing policy recently introduced in the import and export chain, warning that it may negatively affect revenue collection by the Nigeria Customs Service.

Governor of the CBN, Godwin Emefiele, is also to appear before the House Committee on Customs and Excise to explain the implication of the policy to Customs’ revenue target in 2022.

Chairman of the House Committee on Customs and Excise, Leke Abejide, had moved a motion titled ‘Call on the Central Bank of Nigeria to Suspend the Implementation of the new Guidelines on the Introduction of E-Evaluator, E-Invoicing for Imports and Exports Businesses in Nigeria.’

Moving the motion, Abejide recalled that the CBN, on January 21, 2022, issued a circular on guidelines on imports and exports businesses in Nigeria, with Reference Number TED/FEM/FPC/PUB/01/001 to take effect from February 1, 2022, 10 days after the issuance of the guidelines.

The lawmaker said “sudden monetary/fiscal circular hurriedly or half-hazard implemented” often leads to policy summersault. For major policy changes such as this, a grace period of 90 days is usually expected for transactions to run their full course to avoid distortion in the economy and price distortions of trade.

Abejide said, “The House is worried that the CBN has gradually deviated from its primary function of monetary policy measures and bankers to government and concentrating more on fiscal policy measure which is the function of the Federal Ministry of Finance.

“The House is concerned if the guidelines are not given adequate time to sensitise and acquaint the major ports of entry in the country for stakeholders and the general public to study the policy, it will distort prices of goods and services and create logjams for imports and exports, delay transactions and consequently cause ports congestion.”

The lawmaker recalled that in 2020, the immediate implementation of FORM NXP as a mandatory statutory document required to be completed by all exporters for shipment of goods outside the country resulted in a crisis, as most exporters contracts were cancelled by their foreign buyers due to network issues and configuration of its portal, which takes more than two to three weeks to resolve thus leading to massive financial loss by exporters.

He said, “The House is worried that importers and exporters in the manufacturing, mining and trading sectors would be affected because as the exceptions indicate that all exporters and importers with a cumulative invoicing value equal to or above $500,000 or its equivalent in foreign currency would be affected which is practically impossible to have anyone below this value cumulatively.

“The House is disturbed that some issues in the guidelines are contradictory for instance, guidelines (c) and (d) contradict each other, while guideline (c) states that no importer/exporter may effect payment to the credit of any foreign supplier unless the electronic invoice has been authenticated by authorised dealer’s banks presented together with the relevant documents for payment. But guideline (d) states that the content of the electronic invoice authenticated by Authorised Dealer Banks is only advisory for the Nigeria Customs Service.”

Adopting the motion, the House urged the CBN to “suspend the policy with immediate effect to enable adequate sensitization on the workability of the policy in all major ports of entry including seaports, airports and border stations.”

The lawmakers also invited “the Governor of Central Bank of Nigeria to brief the Committee on Customs and Excise, with the assurances that the target revenue of N3.1tn given to the Nigeria Customs Service by the Federal Government of Nigeria, which the NCS announced to the media that they are targeting N4.2tn, will not be distorted by this sudden policy implementation.”

Also, the House urged the CBN to give a 90 days’ timeline for subsequent new fiscal/monetary policy implementation to allow for adjustment in order to stabilise the economy.