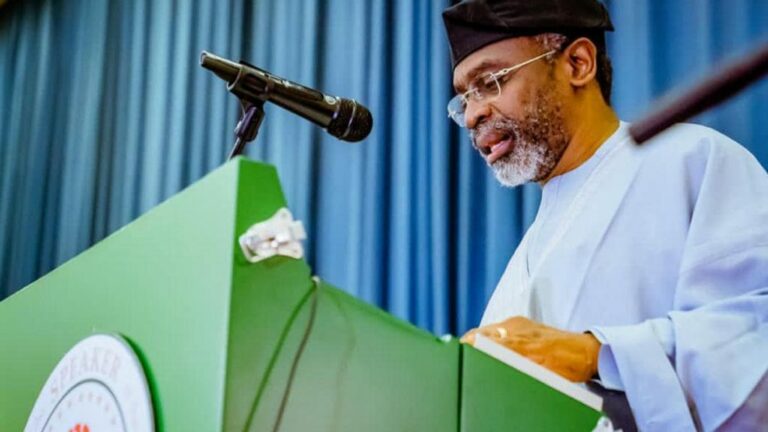 The House of Representatives, yesterday, urged the Nigeria Customs Service (NCS) to ensure import duties and levies for all categories of goods are clearly stated online and in all customs offices, so that intending importer can use their bill of laden details to make payments.

The lawmakers said this would ensure adherence to the 24-hour cargo clearance stipulated by the service.

Moving a motion during plenary on the need for the NCS to “strictly implement the executive order on ease of doing business”, a lawmaker, Abbas Adigun, decried the situation at the ports where importers and clearing agents to pay exorbitant fees.

He said when cargoes are eventually cleared after a long delay, importers tend to adjust the prices of goods to cover expenses, thereby increasing the consumption cost of such goods and reducing the purchasing power of consumers.

Adigun said the national single window project was introduced to integrate all agencies involved in the clearance of cargoes at ports to ease and hasten inspection, calculation and payment of all import duties, levies and other charges.

Recall that on May 18, 2016, Vice President, Yemi Osinbajo, while acting for the President, signed an executive order on ease of doing business in Nigeria.

Despite this, importers and clearing agents are made to pay outrageous fees, while delays in clearing procedures have negatively impacted the economy.

Adigun said that unless there is reform of ports operations to reduce the number of customs units involved in clearing goods, the huge financial losses for importers and clearing agents would continue.

The House unanimously resolved to ask the Committee on Customs to investigate the issue and report back within three weeks for further legislative action.

ALSO, the House began an investigation into the sale and abandonment of the Earth Satellite Station of the defunct Nigerian Telecommunications Limited (NITEL) at Lanlate, Oyo State.

This followed the unanimous adoption of a motion sponsored by Oluyemi Adewale Taiwo, who expressed concern over the deplorable state of the facility.

“The House also notes that NITEL has contributed immensely to the development of the sector in many ways, as it seconded several pioneer staff to the Nigerian Communications Commission (NCC) and the Digital Bridge Institute.”

He noted further: “The House is aware that NATCOM acquired all assets owned by NITEL and its mobile arm, Mobile Telecommunications (MTEL), thus ending a decade of trickery over the resale of the company.

“The House is also aware that since the privatisation of NITEL in Lanlate, Ibarapa East Local Government Area of Oyo State, the infrastructure has been abandoned, becoming obsolete, with many of its equipment rendered useless.”

The lawmakers, therefore, mandated the joint Committees on Telecommunications as well as Privatisation and Commercialisation to look into the matter and report back within two weeks for further legislative action.

MEANWHILE, the Speaker, Femi Gbajabiamila, has underscored the need to deepen existing bilateral relations between Nigeria and Japan.

He noted that both countries have greatly benefitted from their 61 years of friendship in several areas of the economy, including technology and education.

Gbajabiamila spoke while receiving the Japanese Ambassador to Nigeria, Matsunaga Kazuyoshi, during a courtesy visit to his office, where he (Gbajabiamila) stated that the House of Representatives was desirous of sustaining the existing robust parliamentary engagements with the Japanese parliament.

“Japan is a major player and we are a growing democracy and we will be working with you in so many areas. And through our parliamentary diplomacy, we intend to take it to another level, in a way it will benefit Nigeria and whoever we are in a parliamentary diplomatic relationship with,” he said.

Kazuyoshi had earlier assured the Speaker that Japan was determined to deepen the decades of bilateral relations with Nigeria.