Road Traffic: We say NO to another task force – Nigerian Port Truckers 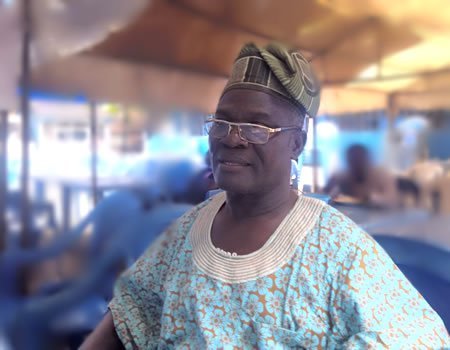 Technology is the solution

Few days after the Nigerian government disbanded the Presidential Task Team on Apapa Traffic Gridlock, the Lagos State Government announced the setting up of another task force to manage and clear the protracted traffic gridlock on the access roads to Apapa Port and Tin Can Island Port in Lagos.

The Chairman of the Association of Maritime Truck Owners (AMATO), Chief Remi Ogungbemi, has categorically said NO to another task force in whatever form, which, he said, is not the solution to traffic gridlock but rather technology in form of an automation system to admit trucks into the Lagos Ports in Apapa and Tin Can Island Ports including all the factories around the ports and petroleum tank farms.

Chief Remi Ogungbemi, in a statement made available to PortNews in Lagos, noted that the disbanded Presidential Task Team did not achieve its mandate but rather institutionalized bribery and extortion of truckers using different cabals in collaboration with security operatives.

According to him, research carried out proved beyond a reasonable doubt that the major causes of gridlock around Apapa and Tin Can Island are the consistent rise in the human population, importation, exportation, increases in vehicular movements, business activities, etc without corresponding increase and expansion of road networks infrastructures.

Ogungbemi asked “Why does government always see the deployment of security operatives as the best solution to Apapa and Tin Can Island traffic gridlock, even when the same strategy has failed to resolve the problem in the past?

“When the Presidential Task Team PTT was inaugurated to resolve traffic gridlock in Apapa/Tin Can road axis, it eventually led to the institutionalization of bribery and extortion of truckers by different road cabals in collaboration with the security operatives who became a problem instead of providing a solution to the problem of traffic they were sent to resolve in Apapa and Tin Can Island port access roads.

“Eventually, the PTT was dissolved and disbanded by the government following an avalanche of complaints of gross abuse of its mandate for selfish ends in the maritime trucking industry.”

Speaking on efforts which had been made by the Nigerian Ports Authority (NPA) and even his association, AMATO, the AMATO chair has this to say: “As part of an effort to find a lasting solution to traffic congestion in port access roads, the Management of Nigerian Ports Authority NPA has appointed a company called Truck Transit Park Limited (TTP) to manage Lilypond Transit Park and to introduce an automation system of admitting trucks seamlessly into the ports and also to eliminate traffic congestion which is scheduled to take effect on 27th of February 2021.

“We also as an association came up with a Truck Scheduler System (TSS) for seamless admission of trucks into the ports without hassles. But unfortunately, the federal government is planning the formation of another task team to control traffic in the Apapa and Tin Can road axis.

“This is a very unfortunate development in that authority does not know how to holistically resolve problems the way they should. The fact that government has a hammer does not mean every problem is a nail. There are problems whose solutions do not require the deployment of police and military riffles but a simple technological approach.

“The TTP “ETO” system or TSS technological automation truck-call up system can seamlessly admit trucks into the ports, petroleum tank farm depots and factories without trucks clogging the roads and bridges.

“Under this arrangement, all trucks would be made to leave the roads/bridges and go back to their private garages while the Terminals /NPA decide/approve which container or cargo is ready for loading and which truck is, in turn, to leave its park in order to go and load at ports, factories and depots through the automation system.  TAG is also allocated to trucks that are approved by the automation system to make sure that only trucks with approved tags are allowed to move on the ports access roads without clogging the bridges and port access roads contrast to the manual system of passing trucks where roadsides are converted to truck parks and where hundreds of trucks clog the bridges and port access roads in the struggle to enter ports, factories and tank farms.

“Therefore, we are using this forum to say capital NO to the introduction of battalion Police or any Task Force to be on the road for manual control of traffic into the ports.

“In the light of the above, setting up of any kind of taskforce as the solution to Apapa/Tin Can traffic gridlock is a complete misconception of problem, one hundred degrees policy somersault, conducting hernia surgery with cutlass and call for the revival of the old order of unlawful extortion of truckers under the guise of a task force. The world is moving away from the analog way to digital methods of doing things. We call on the federal government to jettison the analog method and embrace a digital method of passing trucks into the ports. Human interference forms part of the root cause of traffic gridlock in the Apapa/Tin Can road axis. ” ETO” and TSS are here to replace all human encumbrances that are militating against the free flow of traffic in Apapa and Tin Can Island road axis. The federal government should allow these systems to work in the interest of peace and traffic sanity.

“No matter what, the truth must be told. We have no other country we can call to be our country. The fact remains that we have had more than enough of various task forces and they have failed to be the solution rather they came and did whatever they knew best by inflicting various degrees of injuries on truckers and left us half dead and left.

“Therefore, we are saying capital NO to the formation or inauguration of any kind of committee, please, enough is enough.”