Roundtable hinges the success of AfCFTA on reduction in trade barriers 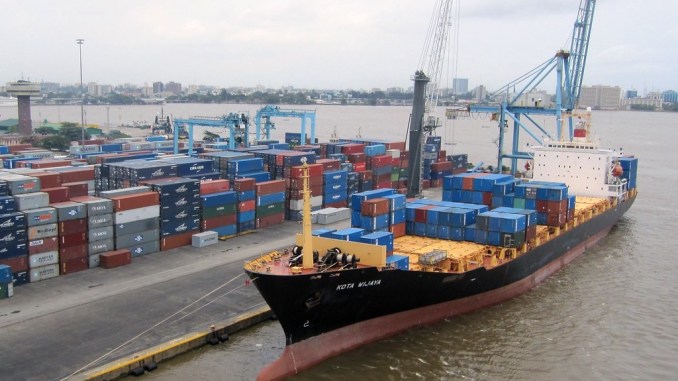 A ship at berth in Apapa port

The success of the African Continental Free Trade Agreement (AfCFTA) has been hinged on the reduction of trade barriers to enhance seamless cargo clearance by member countries, free movement of goods, use of one currency by member countries and protection of investors.

Mr. Francis Omotosho, Registrar, NAGAFF Academy, Lagos, Nigeria, stated this at a recent roundtable on “African Continental Free Trade Agreement: How Ready Are Maritime Stakeholders to Key into the Concept?” organised by the Maritime Journalists’ Association of Nigeria (MAJAN) at Apapa, Lagos.

According to Francis Omotosho who was the guest speaker at the roundtable, “Regional trade agreements vary depending on the level of commitment and arrangement among member countries. It comes with internal rules that member countries must follow. These include removal of trade barriers; free movement of goods and services across the region; Customs Union of Member countries must reduce trade barriers to enhance seamless cargo clearance; free import and export of resources must be allowed; member countries have to adopt a set of economic policies and use of one currency; regional integration must be encouraged. Investors who want to put money in developing countries must be protected against political risk.”

He added “AfCFTA has economic benefits, which include an increase in foreign direct investments (FDI) and reduction in trade tariff. The agreement helps to remove trade barriers. It boosts economic growth, creates jobs and paves the way for market expansion.

“AfCFTA is a flagship project of African Union Agenda 2063, a blueprint for attaining inclusive and sustainable growth.

“The objectives are to create a single continental market for Made in African goods and services, with free movement of business persons and investments, paving the way for the establishment of Continental Customs Union.

“When fully implemented, AfCFTA will eliminate tariffs on intra- businesses to trade within the continent and cater for the growing African market. AfCFTA is to create a liberalised market for goods and services through successive rounds of negotiation. AfCFTA is to lay the foundation for the establishment of a continental customs union.

“AfCFTA is to be the world’s largest free trade area since the formation of the World Trade Organization (WTO). AfCFTA is to consolidate Africa into one trade area for entrepreneurs, businesses and consumers across the continent.”

Also speaking at the event, the Managing Director/CEO of Mac-Manuel Global Logistics, Mr. Emeka Enwelu, said that the Nigerian government is not ready because the level of enlightenment is very low.

“Government has not done much in educating those concerned about this concept.  Look at an important sector like maritime; nobody has reached out to licensed customs agents and other industry players.

“Government signed AfCFTA when our land borders were still closed. It shows that we are not prepared. We just entered into an important trade agreement without adequate preparation. The only things we have are the population and a large market.”

Enwelu wondered why such a huge business continental deal should be shrouded in secrecy, noting “it ought to have been on the lips of everybody like Covid-19 is”.

In his remarks, the MAJAN President, Comrade Ray Ugochukwu, said the worth of AfCFTA is over $3billion annually and has the tendency to increase over the years.

He assured that MAJAN would continue to discuss with relevant stakeholders and enlighten the public through responsible reportage.

His words:  “As journalists, our duty is to enlighten the masses through our reports. This is what MAJAN is doing as a group. Our maiden national Maritime Summit on ‘Apapa traffic gridlock’ is slated for next month, March 2021. We’re optimistic that our modest contribution towards addressing the nightmare Apapa gridlock has become, will yield good results”.

“The summit will provide a good platform for stakeholders, regulatory agencies and government departments involved, to proffer lasting solutions to the perennial gridlock at Apapa ports access roads.”

It would be recalled that 0n 20th December 2019, in Abuja, President Muhammadu Buhari inaugurated the National Action Committee for Implementation of AfCFTA. The Federal Executive Council ratified Nigeria’s membership of AfCFTA on November 11, 2020, and it started in January 2021 as scheduled.