Scorecard: What COP26 set out to do - and what was accomplished 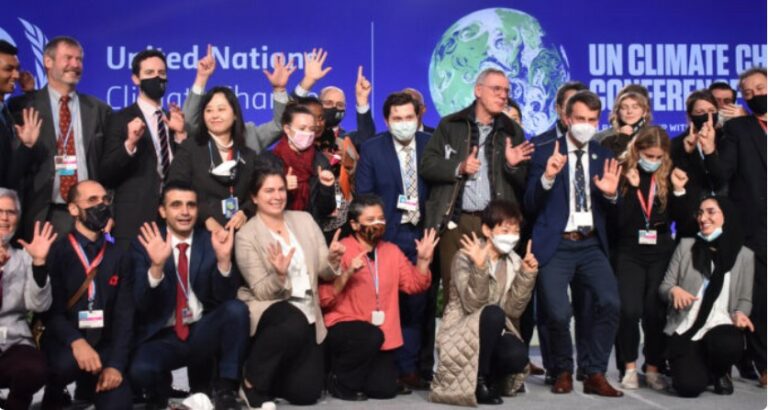 The United Nations Climate change conference — COP26 — came to a close on Saturday, November 13. The conference was supposed to end on November 12, but negotiations lingered and it overshot by one day.

Following the conclusion of COP26, there have been mixed reactions as to whether the conference actually achieved its goals. Many country delegates, especially those from least developed and small island countries, said the COP “fell short of expectations”.

In this scorecard, TheCable dives into the goals set out before COP26 to see how the conference fared.

Goal 1: The conference set out to secure global net-zero by 2050 and keep 1.5C within reach. Countries were expected to accelerate the phasing out of coal, encourage investment in renewables, curtail deforestation, and speed up the switch to electric vehicles.

At the conference, countries agreed to end deforestation by 2030. They agreed to, among other things, conserve forests and other terrestrial ecosystems and accelerate their restoration. World leaders from countries that make up over 85 percent of the world’s forests all signed up to the agreement.

However, on energy transition, countries failed to accelerate the phase-out of coal — which is the single biggest source of greenhouse gas emissions and also the dirtiest fossil fuel.

According to the International Energy Agency (IEA), if coal is not rapidly phased out, the world has no hope of staying within the 1.5C global heating target. During negotiations at COP26, countries had agreed to phase out coal, but at the closing plenary, negotiators raised alarm over the change of phrase to “phase down” rather than “phase out”.

Negotiators blamed China and India for their last-minute intervention to water down the language on cutting emissions from coal. India had insisted on the change, despite pleas from other developing countries. Countries had no choice but to accept the document with complaints that there was no definite pathway as to how to phase down coal.

Goal 2: Countries were expected to work together to adapt to protect communities and natural habitats. They were also expected to enable and encourage vulnerable countries to protect and restore ecosystems and build resilience to avoid further climate change impacts on homes, lives, and livelihoods.

People all over the world are already living with the devastating impacts of climate change. At the conference, countries united in the adaptation action coalition (AAC) to achieve a more climate-resilient world.

The coalition seeks to accelerate global action on adaptation, deliver commitments into action to achieve a climate-resilient world by 2030 as well as ensure adaptation remains a priority on national and global agendas.

The international community also agreed to unite and support people who are most vulnerable to the impacts of climate change. Countries agreed to protect the global climate and to strengthen their current emissions targets.

There were also commitments to significantly increase financial support through the adaptation fund. Developed countries were urged to double their support to developing countries by 2025 to help them adapt.

Goal 3: The third goal was aimed at mobilising finance from developed countries, public and private sources to help poor and developing countries cut emissions and cope with the impacts of the climate crisis.

The promise to provide $100 billion in climate finance made in 2009 and supposed to take effect from 2020 has not been achieved. Available data showed that as of 2019, only about $80 billion of the set target was achieved.

Developed nations are targeting 2023 as the year when they get to achieve their target. Meanwhile, developing nations asked that the finance be channelled towards increasing adaptation to the impact of climate change rather than cutting down emissions. But this might defeat the goal of providing funding for cutting down emissions and achieving net-zero.

The United Nations and other countries called for a 50:50 split between funding for emissions cuts and funding for adaptation, but in the end, the climate pact agreed to double the proportion of climate finance going to adaptation.

In the meantime, the goal to mobilise $100 billion in climate finance for developing countries has not been achieved but there is a pathway in view.

Goal 4: At COP26, countries set out to finalise the Paris rulebook (the rules needed to implement the Paris agreement) as well as turn their ambitions into action by accelerating collaboration to deliver on climate goals faster.

This was achieved. The Paris rulebook, which is the guidelines for how the Paris agreement is delivered, was completed after six years of discussions.

Having this rulebook will allow for the full delivery of the Paris agreement and hold countries to account as they deliver on their targets. This includes Article 6, which establishes a robust framework for countries to exchange carbon credits through the United Nations Framework Convention on Climate Change (UNFCCC).

Countries also agreed to accelerate action on climate this decade. Nearly 200 countries agreed and brought into force the Glasgow Climate Pact which caps two years of diplomacy and efforts to keep 1.5C alive and finalise the outstanding elements of the Paris agreement.

In all, meaningful progress was made and for Alok Sharma, COP26 president, the pact was a “historical achievement” and the world will hope to build on it at COP27 in Egypt.

This story is published in partnership with Report for the World, a global service program that supports local public interest journalism.