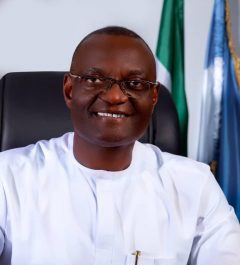 The Nigerian Shippers’ Council is working towards unfolding very soon, a new agenda that will increase the efficiency of the Seaport sector and enhance the Agency’s performance as an economic regulator.

It was gathered that the agenda would be in tandem with the Shippers’ Council’s mandate as an economic regulator of the Nigerian seaports as well as in conformity with the agenda of its former Executive Secretary/ CEO, Hassan Bello.

The agenda is likely to be made public this year or before the end of the first quarter of 2022 by the Shippers’ Council Executive Secretary CEO, Hon. Emmanuel Jime and is also expected to ensure clarity of the Council’s regulatory framework and the procedures for discharging its role so that it can better impact the seaports and the economy.

The Shippers’ Council was empowered as an economic regulator of the Seaports sector by the Federal Government in February 2014 to regulate the economic activities of the stakeholders in the sector, ensure that their charges, rates and fees are not arbitrary and illegal and to achieve an efficient sector.

The Executive Secretary/CEO of the Council who confirmed the development to the Marine and economy Online in Lagos last week referred to the new agenda as “my own Agenda which will be in conformity with the mandate of the Council and fundamentally and in summary not different from the agenda of my predecessor”.

According to him, ‘’I intend to have a very robust relationship with the Press as well as have my own agenda which I am already working on. I don’t see how that agenda can be successful without my friends in the Press buying into it and assisting to give it necessary publicity. That agenda will be in tandem with the mandate of the Shippers’ Council as the Ports Economic Regulator.

“The issue is that there is a need for some clarity in the regulatory framework that we have and some clarity in the processes that must be embarked upon in this maritime domain. My understanding is that once there is clarity and once there are rules and everybody is playing by them, then we can all achieve our goals whatever those goals may be particularly when they are rules that can positively impact the businesses being done in the maritime sector.

“Ours is a regulator that is unbiased and not showing any particular interest to any stakeholder but an interest that recogises the fact that the environment in which businesses are being done is one that everybody recognizes as being clear. if there is clarity almost everything else will fall in place. So, this is what we plan to do”.

“So, in a more formal environment, I am going to present the agenda to you when the time comes so that it can be interrogated by the media.

Commenting on his expectations from the media, Jime said ”by the way, I will also prefer a media that will be critical of my policies, in such a way that I can do better because nobody is perfect. I have always thought that if it has to be praise-singing all along, then something is wrong somewhere.

“I want to be a team player. Everywhere I have been, in all modesty, I have always gone to an environment where I can impact, to change the dynamics. It is going to be the same here so that after my four years than the line, let there be something to be pointed to, for which I must have known to have impacted upon. But I can only do that with the support of the members of the press.’’