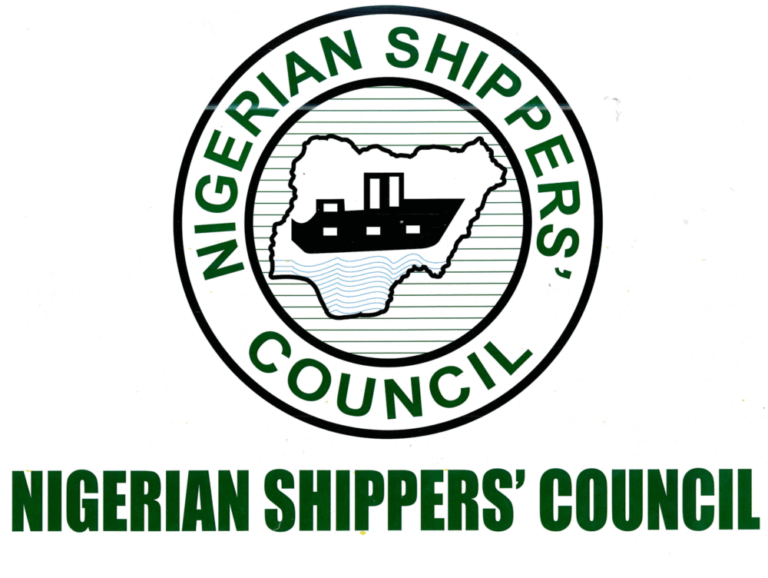 The Federal Government has been advised to suggest strengthening the Nigerian Shippers Council (NSC) as the ports economic regulator to counter all types of illegalities perpetrated by shipping service providers against importers and exporters in order to put an end to such irregularities.

According to the Rivers/ Bayelsa Shippers Association (RIBASA), such forces will play a critical role in assisting the ports economic regulator in policing shipping firms and terminal operators that have a history of enforcing unlawful charges in ports.
Although noting that the Council has done a good job in curbing service provider excesses over the years, Mr Ofon Udofia, the Association’s president, said the NSC will perform well with clear stricter legislation in a chat with journalists.
According to Udofia, the situation would immediately improve if the NSC were given further political will and legislative control.
He praised the NSC for fulfilling its regulatory duties and supporting trade facilitation, but added that the Council now deserved more power to strike harder after some barking at service providers who are obstinate in some regions.
He believes the NSC should be given the same control as the Nigerian Communications Commission (NCC), which has unrestricted legislative authority to prosecute erring telecoms service providers.
Udofia specifically mentioned several service providers who, in his opinion, have been blatantly disobedient, noting that this would improve if the NSC begins to behave like the NCC in monitoring their excesses at the ports.
He claimed that, like the telecoms sector, the ports economic regulator required good legal backing from the NCC to be willing to negotiate with service providers who did not follow regulations.
He claimed that this was particularly true if service providers refused to compromise and obtain consent before placing charges on shipping service customers.
The painful factor, according to the shipper, is that the same maritime service companies that operate in other countries are unable to do so.
He praised the NSC, however, for protecting importers and exporters from fraudulent charges and other unfair trading practices by service providers.
He said that because of the NSC, service providers have become more vigilant about some of their discriminatory trading policies against shipping service customers, and that it would have been a tale of woes for shippers if the NSC had not been in place.

He also praised the port’s economic regulator for its attempts to educate shippers about the importance of doing it correctly for the sake of trade facilitation and ease of doing business.

“The government should grant the NSC more control so that it can bite as a regulator,” Udofia said. When you’re a regulator, you ought to be able to strike as well as bark. To be able to audit the excesses of certain shipping firms or terminal operators in terms of charges, the Council wants more authority. The government should lend them all of its support. People can sit up so they would bite now because they are barking too often.

“If you know that if I report you to NSC, they will bite, if you don’t adjust, shipping firms or whatever will wake up and take notice.” We want the government to demonstrate good political will and legislative authority in order to transform the Shippers’ Council’s concern into compliance.

“They should be granted the right to fine shipping firms and terminal operators that err, similar to how the NCC lifts the hammer on every erring service company in the telecom sector.“ You can see these shipping companies dragging the NSC to court for a regulatory matter and continuing to recover the unlawful charges. This would not be possible until there is clear political will or legislation that the NSC will leverage to block these shipping firms. It’s not going to happen in Europe, America, or Asia.”