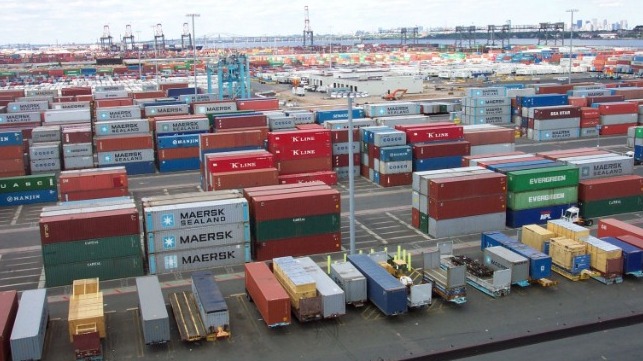 Shipping companies in Nigeria have agreed to a downward review of demurrage and empty container charges as freight forwarders plan a strike action.

The multinational liners had about two weeks ago boycotted an earlier meeting convened by the Nigerian Shippers Council (NSC) and the Council for the Regulation of Freight Forwarders in Nigeria (CRFFN) on the planned strike over arbitrary charges.

The new move is coming when owners of empty container depots also agreed to end the un-receipted N100,000 they collect from freight forwarders and transporters to store empty containers.

The freight forwarders from the five major registered associations had penultimate week issued a withdrawal of service notice effective November 10, 2021.

At a meeting by CRFFN in Lagos on Wednesday, the shippers including Maersk Line, Hull Blyt, Cosco and MSC, agreed to cut demurrage and other charges.

Registrar of CRFFN Sam Nwakaohu, who briefed newsmen after the five-hour meeting, expressed satisfaction with progress on resolving the high charge issues.

“Most of the issues we raised in our last communiqué have been resolved and agreed upon, so going forward, a lot of things must change for the better.

“But there are also some issues we have agreed would be resolved at an executive session slated for tomorrow, so I strongly believe that after that Friday meeting, our freight forwarders would leave the hall smiling because all the issues would have been resolved amicably,” Nwakaohu assured.

The acting chairman of the Shipping Association of Nigeria (SAN), Andrew Lynch, assured that the liners would comply with the outcome of the meetings to forestall a shutdown of the seaports, “which would do no good to anyone including the liners.”