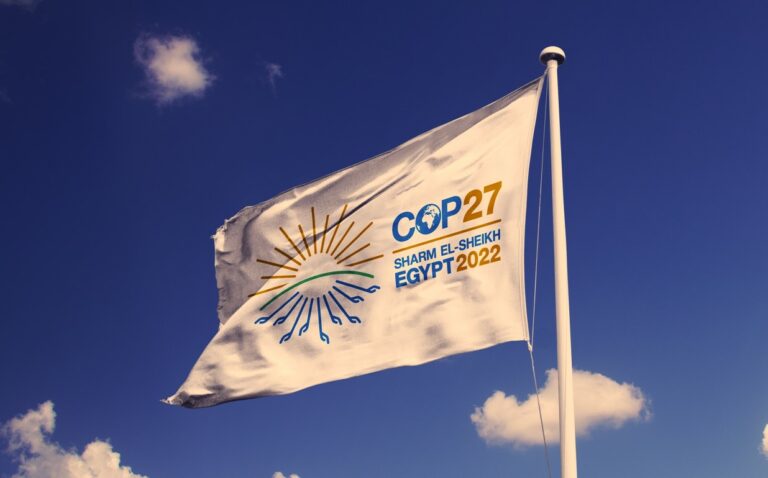 As world leaders gathered in Sharm el-Sheikh, Egypt, for COP27 on November 7-8, emissions from shipping remained a key focus. While shipping is not covered by the Paris Climate Accord – the main thrust of COP27 – the decarbonisation of the sector is undeniably a priority.

An early announcement from COP27 (held 6-18 November 2022) reinstated a commitment to roll out end-to-end decarbonised shipping routes, building on the UK-led Clydebank Declaration on green shipping corridors set at the previous COP. The US, UK, Norway and the Netherlands have pledged at COP27 to make green maritime links between the four countries through green shipping corridors – specific maritime routes decarbonised from end to end, including both land-side infrastructure and vessels.

The UK and US are to launch a special Green Shipping Corridor Task Force focussed on bringing together experts in the sector, encouraging vital research and development, and driving other important work and projects to see these initiatives come to life as quickly as possible.

UK Transport Secretary Mark Harper said: “The challenges posed by climate change are clear and the need to decarbonise maritime has never been greater. The UK has already made significant progress, with the Global Maritime Forum calling the UK the most proactive government in the Clydebank Declaration in terms of stakeholder engagement. The UK, alongside its counterparts in the Zero Emission Shipping Mission, also recently published an action plan to remove obstacles to creating a greener maritime sector, from clean energy ports to zero-emission vessels and the green fuels that will be needed to develop green shipping corridors.”

Ben Murray, CEO of Maritime UK, described green shipping corridors as having the potential to “catalyse decarbonisation in the maritime sector”, while UK Chamber of Shipping CEO Sarah Treseder said green corridors could play an essential role in “stimulating early action to adopt low and net-zero emission technologies and fuels”.

From Australia, Chris Bowen, Minister for Industry, Energy and Emissions Reduction, warned that emissions from the shipping sector are on an upward trajectory at odds with the goals of the Paris Agreement. At COP27 Australia has agreed on a Green Economy Agreement with Singapore which includes measures to implement green shipping corridors using technology to decarbonise the sector.

“Areas of collaboration with Singapore could include emissions-reduction operations at sea and at ports, assessing routes, alternative fuel use and bunkering, and infrastructure requirements,” he said.

Another shipping-related COP27 initiative already making waves is the Global Shipping Challenge, announced by the US and Norway. The challenge highlights 40 national and corporate climate commitments, including Maersk’s agreement with Spain to collaborate on large-scale green fuels production, DP World’s investment of up to $500 million to cut CO2 emissions from its operations by nearly 700,000 tonnes over the next five years, discussions on the establishment of green and digital shipping corridors between Los Angeles, Long Beach and Singapore, and the US pledge to create a national action plan for maritime decarbonisation. Green shipping corridors also appear in the list of 40 commitments.

For their part, Norway’s delegation has announced a significant pledge to cut their shipping emissions at the same pace as the country’s reduction: by 50% by 2030. This is in addition to the current IMO target to reduce CO2 emissions from global shipping by at least 40% by 2030 and 70% by 2050. Norway acknowledges that achieving these ambitious 2030 national climate goals will require 700 low-emission and 400 zero-emission ships in Norway alone.

The UN Climate Change High-Level Champions note the timeliness of COP27: it’s the last COP before the IMO meets in spring 2023 to decide its final greenhouse gas strategy. At that meeting, shipping needs to be set on a 1.5 degree C aligned trajectory based on the Intergovernmental Panel on Climate Change science, with ambitious 2030 and 2040 targets. “This COP27 needs to give confidence to policymakers that this transformation is possible and ensure that the outcomes of COP are transferred to the IMO policy negotiations,” the Climate Champions said. The High Level Champions and the associated Climate Champions team connect the work of governments with the many voluntary and collaborative actions taken by cities, regions, businesses and investors to deliver the goals of the Paris Agreement.

Collectively, they are calling for action from non-state actors alongside national pledges to enact meaningful change. These include public-private partnerships to implement green shipping corridors by the middle of the decade; shipping customers sending a demand signal and committing to only using zero ocean freight by 2040; shipowners only building zero-emission or zero emission ships going forward; finance, insurers and charterers committing to join market initiatives to disclose the climate alignment of their portfolios; hydrogen producers sending a signal to maritime that production capacities can be met for shipping’s demand; and shipowners taking action to upskill and retrain seafarers.

World leaders might have left the proceedings by the time this article is published. Still, they will have left behind teams of representatives, environment ministers and other high-ranking officials to negotiate and agree on the terms of the declarations made at CPO27. They will certainly be kept busy with fine-tuning the shipping-related ones and much will hang on to what is agreed upon at the Decarbonisation Day on November 11.
Source: Baltic Exchange