SON begins calibration of dry and wet cargoes at ports 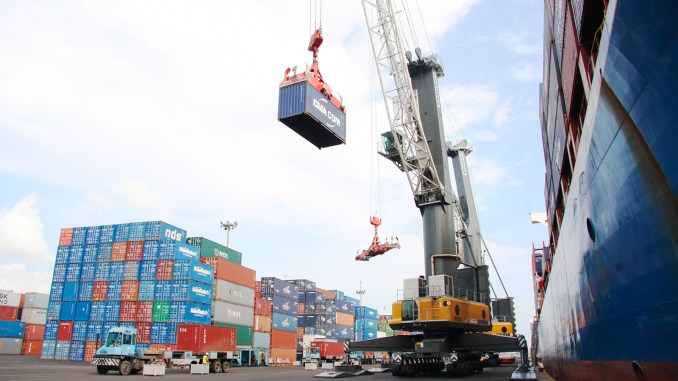 The Standards Organisation of Nigeria (SON) yesterday at APM Terminal in Apapa ports, Lagos, began weight measurement of all cargoes and petroleum products landing at the ports, oil terminals and depots.

The weighing is designed by the Federal Government of Nigeria towards preserving the roads from constant damage by overweight trucks and as well as giving Nigerians the right quality products.

Performing the calibration of the weighbridges, the Director-General of Standards Organisation of Nigeria (SON), Mallam Farouk Salim said the calibration, which would be extended to other seaports and oil deports/terminals in the country, would help the government to get accurate weights of cargoes and also to check influx of substandard goods and services.

The director-general noted that the calibration exercise is a country-wide exercise that was given to the National Metrology Institute (NIMA) of the Standards Organisation of Nigeria as the custodians of the primary measurement standards of highest accuracy in Nigeria.

“Metrology is the science of measurements can be used to check the influx of substandard goods and services in Nigeria. The Federal Executive Council (FEC) Approval on the roads gives credence to our calibration services to ensure that our roads are preserved and maintained for long-term uses.

“An example of the implementation process in Kenya is which Nigeria is adopting. NMI is to ensure that the weighbridges are giving accurate measurements to the users.”

In an interview with PortNews on the sideline of the event, Engineer Bede Obayi, Director of NMI, said measurement services that would be provided by the weighbridges would be accurate and in line with the international standards.

Obayi maintained that given the assignment to SON by the government shows that government appreciates the roles of the institute in providing accurate measurements and assured Nigerians that the roads in the country would be safe from frequent damage caused by overweight trucks leaving the ports and petroleum depots/terminals.

“We are happy that this assignment is given to us. This shows that government appreciates our measuring roles. We want to assure all port stakeholders of accurate measurements; we are enjoining them to always declare accurately the necessary information about their imports and export,” said Obayi, who noted that the exercise would help the government to collect correct revenues.

The NMI Director said that the SON management had sensitized all stakeholders on the benefits of weighbridges and accurate declaration and would continue to educate and enlighten them.

It would be recalled that Federal Executive Council (FEC) at the 31st virtual meeting in Abuja, the nation’s capital, approved the National Quality Policy to stop the rejection of Nigerian goods exported out of the country.

Briefing newsmen after the meeting, Minister of Industry Trade and Investment, Chief Niyi Adebayo, said the essence of the policy is to ensure goods exported out of Nigeria are accepted in the countries they are being exported to.

“For a long time, Nigerian exporters have been suffering because of lack of quality of their goods. We felt that it was high time we actually have a policy that will create a situation whereby the standard of the Nigerian goods that are exported would be raised, such that that rejection would stop.

“This policy will create a situation whereby the government and the private sector will be able to collaborate to set up quality testing centers, testing labs which we hope will have accreditation with international centers, such that any good that has been approved to have met the standard, would be of international standard,” said the minister.