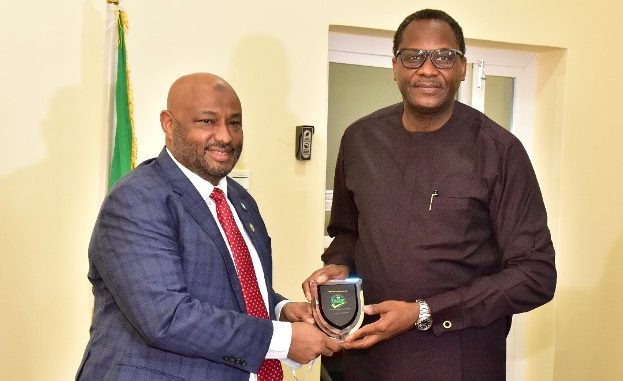 The Director-General, Standards Organisation of Nigeria (SON), Mallam Farouk Salim says Nigeria is an import-based economy, therefore SON and the Federal Competition & Consumer Protection Commission (FCCPC) need to work together to achieve collective goals of protecting consumers as well as industries in ensuring that everyone plays by the rule.

Mallam Farouk Salim said that the collaboration between the two organizations needs to be strengthened.

The SON boss stated this when he received the Executive Vice Chairman of the FCCPC, Babatunde Erukera alongside the management staff of the Commission during a courtesy visit in his office in Abuja.

Salim further said both FCCPC and SON are “security agencies” playing important roles in safeguarding Nigerians, hence the need to be afforded the wherewithal to enable both organisations fight the prevalence of substandard goods and services given the challenges faced during enforcement exercises.

In his response, the Executive Vice Chairman, FCCPC, Babatunde Erukera expressed satisfaction with the relationship between the two agencies emphasizing the need to transcend cordial relationship and exploring the possibility of signing a Memorandum of Understanding (MOU) which will enable both agencies to achieve common goals of consumer protection and value for money on products and service quality.

According to Erukera, the need for an MOU between the organisations is necessary, because manufacturers dealing with SON would do the same with FCCPC without acrimony if there’s a synergy between the two agencies in the areas of Standards, enforcement of consumer rights and unfair trade practices.