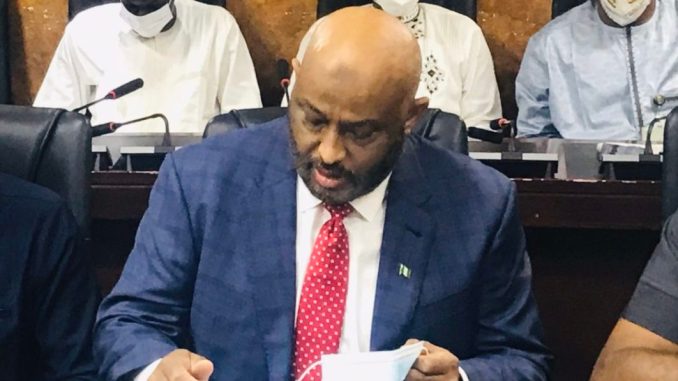 The Standards Organisation of Nigeria (SON) has partnered with online trading platforms to address the influx of substandard goods into the country.

The standards body opined that the move was apt to checkmate activities of unscrupulous dealers who would want to take advantage of online platforms to make Nigeria a dumping ground for substandard goods.

The Head of Department, Consumer Complaint of SON, Mrs. Mosunmola Samuel made this known to newsmen in Lagos.

According to her, e-commerce is sophisticated and dynamic which in turn makes it difficult to track substandard goods since most of these dealers do not have warehouses or fixed addresses.

She said as a result of this, SON’s partnership with online traders would help to track down dealers who would want to abuse online platforms to sell their substandard wares while urging consumers to always report to SON whenever they had issues with products bought both online and at the physical markets.

“Most of these online dealers import their products as personal effects as the growth of e-commerce in the Nigerian community is becoming huge and many steps have been taken for its promotion, but there are still lots to be done to make it operate in accordance with standards in the country.

” This is why we are working assiduously on partnering with online merchants to ensure that Nigeria is not a destination for substandard goods,” she said.

“We get the feedback through the head of our public relations and follow up with directives to online merchants to stop sales of such product immediately we get a complaint and they will pull it down.

“You know with online marketing, you don’t need to have a shop or selling bulk, all you need is just a handful of those products and you are already in business.”

She pointed out that e-commerce consumers could get their products from overseas as personal effects and you know in such areas, SON could not directly stop the importation until the products imported as personal products were brought online for sale to Nigerian consumers.

She noted that it was based on such issues that the organisation was canvassing to be at the ports for on-the-spot inspection and testing.

She stated that SON had notified sister agencies on the need to step up their ante in the nation’s bid to combat the menace of substandard goods as the work of standards remained a collective fight by all and sundry.

She, however,  urged online merchants to strictly adhere to quality products and services to achieve inclusive growth.

“The world all over is about standards and we are working tirelessly to educate Nigerians so as to be abreast with the global trends.

“On e-commerce, we have so many operating on different platforms and if these products are not registered with our product registration, it means that they are not complying with the requirements of our act.

So we need to check and find out where these products are coming from and for every product coming into the country, there is always a major channel,” she said.

The SON official said the organisation was appreciative of feedbacks from consumers as “We are happy when consumers give us feedback, we the feedbacks showed the level of confidence reposed in it and the Federal  Government.

“We are proud for the trust in us to start our consumer protection mandate as it also helps us develop and introduce new standards,” she averred.

She added that consumer complaints were the first steps of redress that consumers took in the process of consumer protection, stressing that feedback had more power than ever.

“Hence, this is the most important aspect of every business and SON  recognising this, which is why our customer feedback unit is capable of addressing consumer complaints,” she added.

She pointed out that SON handled consumer complaints through its customer feedback desks which were in all the 36 states of the federation and the Federal Capital Territory (FCT).