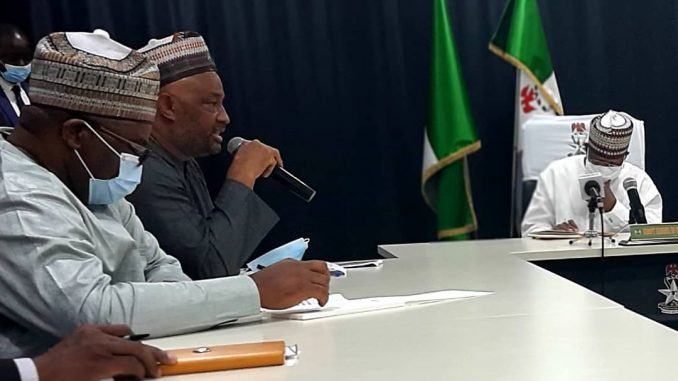 The Director-General of Standards Organisation of Nigeria (SON), Mallam Farouk Salim has stated that SON has no desire to slow down the cargo clearance process but appealed to the Nigeria Customs Service to assist SON in ensuring that suspected substandard cargo can be further examined outside the ports either in SON facility or that of the consignee.

Salim noted that the directive for SON return to the entry points necessitated an even more cordial and respectful relationship to protect the nation from the menace of substandard products and its attendant negative consequences, including factory closures, joblessness, banditry, kidnapping etc.

The SON boss made the appeal when he visited the Comptroller -General of Customs Col. Hameed Ali (retired) in Abuja recently.

Salim disclosed that great efforts have been made to reform the organisation’s systems to promote efficiency and quicker turn-around time, including staff re-orientation, training and prompt consequence management.

While welcoming Salim and his team, Colonel Ali stated that an effective collaboration between the Customs and SON in tackling substandard imports from the entry points is in the best interest of the Nation to protect its people and the economy.

He acknowledged the need for SON expertise in identifying suspected substandard products during the joint examination of cargoes, stressing that the scanners can only identify products but unable to determine their quality and genuineness.

“I am happy you are back to the entry points and will be there 24/7 to complement our job and make it better so that when any consignment exits the Ports we are sure that we are releasing what is genuine to Nigerians,” said Ali.

The Comptroller-General reiterated the need for seamless synergy among the operatives of the two agencies and directed that information be passed to all Commands in that respect.

Towards tackling the menace of importation of substandard and life-threatening products through the nation’s entry points, a joint committee was set up by the two bodies.