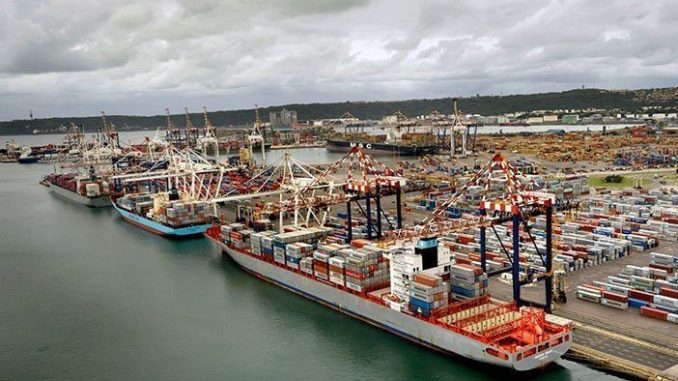 Ships are backing up along the coastline of South Africa, a nation hit by severe civil unrest and a cyber attack on its main port operator this month, plunging ports into repeated chaos.

“Some applications may continue to run slowly over the next few days, while monitoring continues. All operating systems will be brought back in a staggered manner, to minimise further risks and interruptions,” Transnet said in a statement yesterday.

Transnet’s network was hit by a cyber attack last Thursday crippling operations at South Africa’s major ports as well as a major freight rail line. The incident is said to be unrelated to this month’s violent unrest and rioting in protest against the arrest of former president Jacob Zuma.

Cyber attacks are more likely to occur in South Africa than in any other African country, recent data shows. That is because South Africa is ranked third in the world for the highest number of users experiencing targeted ransomware attacks.

Using mapping data from MarineTraffic it is clear to see ships are forming queues at a number of ports today. For containers, this is led by Durban and Port Elizabeth. The disruption has occurred at the peak of the citrus export season when South African farmers were rushing to get their products to foreign markets. A number of ships that were due to call at the likes of Cape Town and Durban have rerouted to other destinations in recent days including Maputo, the capital of neighbouring Mozambique.

In dry bulk, there are also many ships waiting off Saldanha Bay on the nation’s west coast.

South Africa was already behind the curve when it came to its ports – pre-pandemic, and before this month’s double disasters of cyber attacks and rioting.

Of 351 container ports recently surveyed from around the world by the World Bank, in association with IHS Markit, South Africa fared very poorly. Durban, for instance, was deemed the third-worst port in the world in terms of efficiency where boxes take more than three times as long to load or unload compared to many Asian ports. 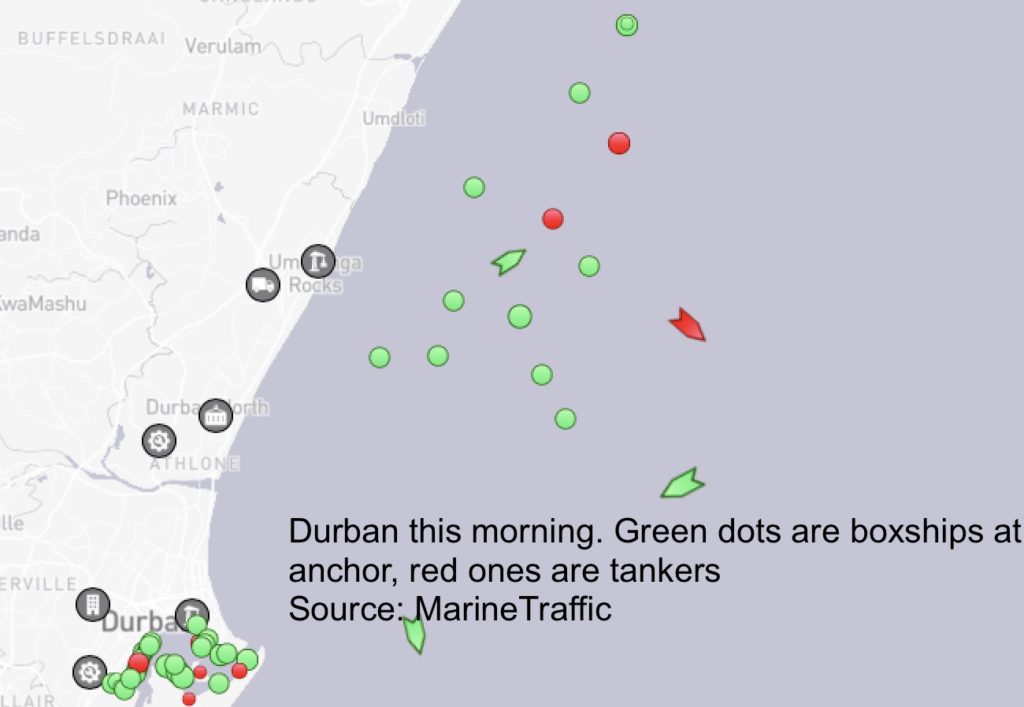