SSASCGOC offers to expose saboteurs of truck e-call up system 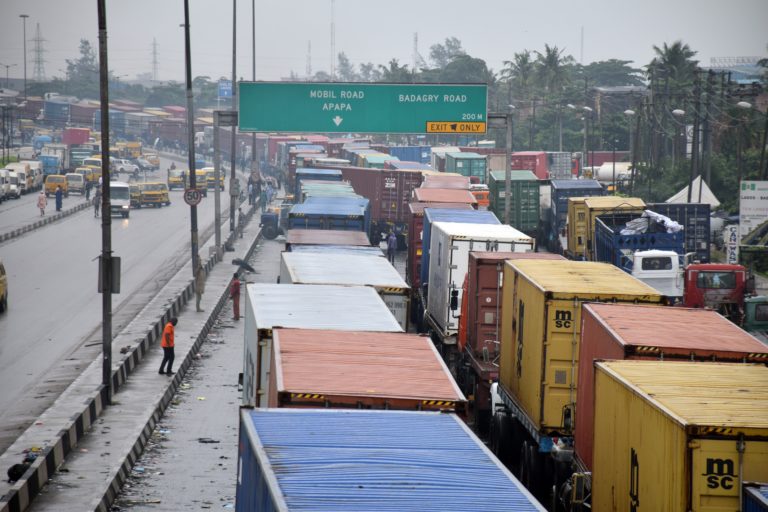 The Maritime division of the Senior Staff Association of Statutory Corporations and Government Owned Companies (SSASCGOC) has pledged to assist the Nigerian Ports Authority (NPA) in identifying those obstructing the E-call-up system’s implementation.

The union announced that it has started an undercover operation to find out who is trying to sabotage the call-up system.

The SSASCGOC also praised the Ports Authority’s management for launching the E-Call up system so far.

During a capacity-building program for its representatives in Ilorin, Kwara province, from March 29 to March 31, 2021, the union applauded the latest initiative.

Comrade Abubakar Abdullahi, President of the NPA Division of the SSASCGOC, shared confidence and satisfaction with the call up system as a move toward accepting sanity in port operations, adding that the innovation had been of considerable assistance to port users, but that certain forces are attempting to sabotage the system’s performance.

He said SSASCGOC and the Nigerian Maritime Workers’ Union would work together to foil any efforts by those who are dissatisfied with the call-up system.

He promised that the union will do all in its power to help the system and NPA management, led by Hajia Bala Usman, succeed.

While reiterating the union’s loyalty to NPA administration, he said that “they have made a huge stride and it is not simple work.” The  NPA has been battling with a way to remove this problem from the road for over three years.

“There are many organisations and security officials on the road, but there are many reasons that led to the gridlock; we are not assigning blame to anybody, but the NPA MD has put together a very strong platform,” says the NPA MD.

“If you look at the E-Call up system, it is operational; nevertheless, the bad ones are operating behind the scenes to ensure that it is not operational, in order to thwart NPA management’s efforts.

“We at the NPA SSASCGOC, Maritime, will not throw in the towel; we are collaborating with our sister unions.

“We’re doing whatever we can to help our management, and once we release it, everybody will realize we’re working.

He went on to say that the group is collaborating with NPA’s management, which is headed by Hajia Bala Usman.

The President of the union announced that a total of 75 NPA workers would be trained on welfare and work performance during the three-day program for union members.

He said that the attendees came from all of Nigeria’s ports.

The three-day program would help to educate participants to keep up with the maritime industry’s changing technologies.

The training, according to Comrade Abubakar, would also help participants live up to their own goals in their personal lives and endeavors.

“After a lengthy, arduous struggle, we were able to break the stagnation of our members, but management decided to postpone approvals until afterwards.

“Some people were granted deflation in the wrong place, and it would be taken away from others who were meant to get it.

“We have the ability to purchase a four-flat property in Obalende, which we will turn into two properties and which belongs to the union.

He said, “Within one and a half years of taking office, we were able to acquire this land.”