Stranded Ever Given back afloat in Suez Canal: Reports 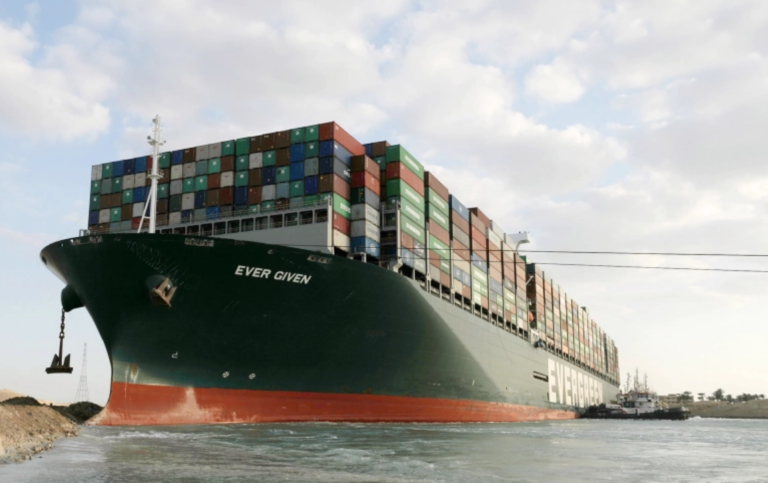 Reports on Monday said the container ship Ever Given,
which has been blocking the Suez Canal for a week, was back afloat [File: Handout via EPA]

The giant container ship has been stuck for a week, blocking one of the world’s busiest waterways.

The Ever Given has been “successfully refloated” on the Suez Canal and has turned 80 percent in the “right direction”, according to Egypt’s canal authority and marine tracking services.

Monday’s move comes a week after the container ship ran aground in high winds, blocking one of the world’s busiest shipping lanes.

“The position of the ship has been reorientated 80 percent in the right direction. The stern… moved to 102 metres (335 feet) from the shore” compared to its position four metres from the shore previously, Suez Canal Authority (SCA) chief Osama Rabie in a statement.

Reuters news agency reported that it had seen images of the ship straightened in the canal and quoted unnamed local sources saying the Ever Given was back on its “normal course”.

“She is being secured at the moment. More information about next steps will follow once they are known,” said Inchcape Shipping Services, a company that provides marine services in 68 countries on Twitter, adding that the 400m long (1,312 foot) ship began to move at 4.30am (02:30 GMT).

Ship-tracking service VesselFinder has changed the ship’s status to under way on its website.

The ship’s technical manager Bernhard Schulte Shipmanagement (BSM) did not immediately respond to a request by Reuters news agency for comment.

A spokesman for the vessel’s owner said there has been damage sustained by the ship on its bow when it got stuck “but no new damage has been reported”.

The SCA had earlier said in a statement that tugging operations to free the ship had resumed.

The Suez Canal salvage teams intensified excavation and dredging on Sunday and were hoping a high tide would help them dislodge it.

Egypt sent extra tug boats to assist with efforts to refloat the ship on Sunday, with experts pinning hopes on a high tide to help dislodge the ship.

As of Monday morning, some 367 ships were waiting to travel through the canal, including dozens of container vessels, natural gas tankers as well and ships carrying livestock, according to Leth.