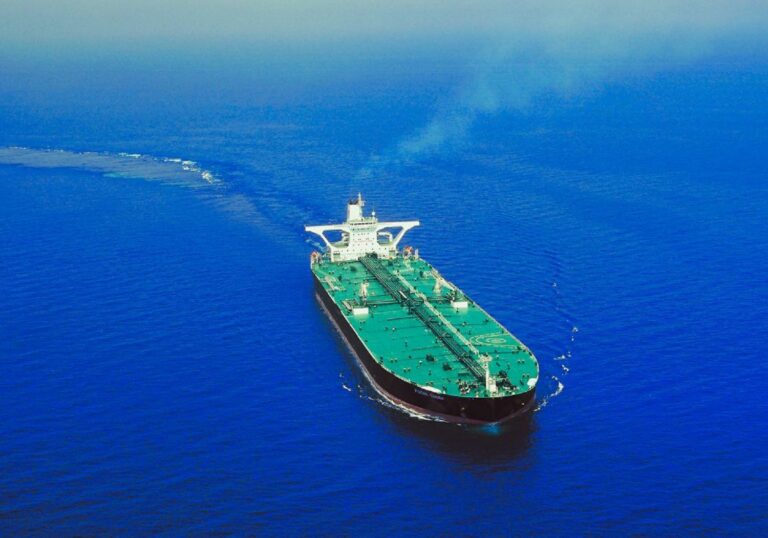 The current energy crisis and cost of living conditions could hinder climate goals in favour of fossil fuels. This, in turn, could delay peak oil, thus prolonging the existing life cycle of many tankers, both existing and new buildings. In its latest weekly report, shipbroker Gibson said that “as COP27 comes to a close, the opposing challenges from the urgent need to do more to reduce global emissions and the escalating cost of living, the energy crisis and political upheaval brought on by Russia’s war in Ukraine remain. The turmoil in energy markets has clearly weakened environmental targets in the short term, with the US administration being forced to ask domestic crude producers to increase production and Europe being pressed to turn back to coal plants for electricity generation. However, the current crisis could potentially speed up the transition to greener fuels in the long term, not least due to rising global investment in renewable energy, the introduction of the US Inflation Reduction Act, increased ambitions of the EU’s Fit for 55 policy and China’s accelerating electrification of its car fleet”. 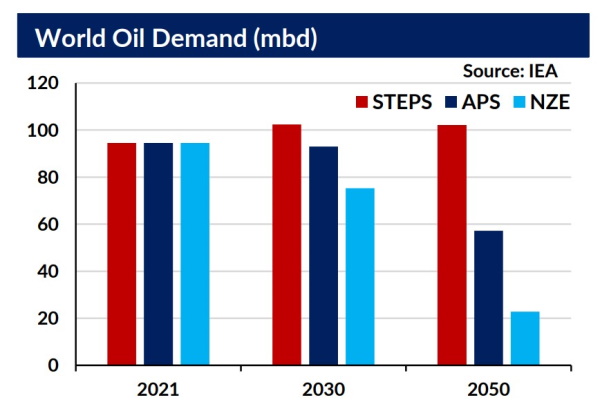 According to Gibson, “recently, the International Energy Agency (IEA) published its annual long term energy outlook, updating three main scenarios. The Stated Policies Scenario (STEPS) is based on the prevailing policy settings, in other words; measuring what governments have actually put in place. In STEPS, global oil demand climbs above 2019 level in 2023 and increases to 102.4 mbd by 2030. Demand in developing and emerging economies is dominated by rapid growth in China, India and South East Asia, increasing by 8 mbd due to growing car ownership and rising petrochemical demand. In contrast, oil consumption in advanced economies declines by 3 mbd over the period, primarily on the back of accelerating electrification of their car fleets. Globally, oil demand peaks around 2035 and then edge down marginally to 102.1 mbd by 2050 as falling demand in advanced economies is just enough to offset continued growth in developing countries”.

“In contrast to STEPs, the Announced Pledges Scenario (APS) takes into account all of the aspirational climate targets made by governments and assumes these pledges are met in full and on time. Here, global oil demand peaks at around 98 mbd around mid-2025 and then eases to around 93 mbd by 2030, with decline in oil demand accelerating in the following two decades, down to 56.7 mbd by 2050. The key difference between STEPS and APS demand estimates through to 2030 is a different rate of electrification of the global car fleet. The agency assesses that there are 1.3 billion cars today, with EVs accounting for about 10% of the total. In STEPS, EVs’ market share grows to 25% by 2030, whilst the APS assumes that every second car sold in the European Union, China and the United States is electric by 2030. The final scenario, the Net Zero Emissions by 2050 (NZE) is detached from reality. It is designed to achieve a specific outcome and sets out an action plan of what needs to be done. In this case, oil demand falls to 75.3 mbd by 2030 and shrinks to just 22.8 mbd by 2050 if the world successfully reaches net zero emissions by 2050”, Gibson said.

The shipbroker concluded that “the three scenarios outlined above should not be seen as projections of how world oil markets will evolve in the long term, but rather as a detailed analysis of what the future may look like if specific conditions and assumptions are met. With this in mind, the STEPS case is perhaps the most realistic. Although history often shows that it is easier to announce targets than to implement them, the IEA’s modelling, in particular the relative difference between the STEPS and the APS highlights the sensitivity of oil demand to international climate pledges. Yet, it is apparent that colossal support for developing countries is needed to alter the current trajectory of global oil demand over the next three decades. Although finance took the center stage at COP27 and some significant deals have indeed been announced, it is unclear whether COP27 was successful in bringing global oil demand any closer to its eventual decline. After all, developing nations are still asking for $100 billion per year in support and advanced economies are still failing to deliver”.
Nikos Roussanoglou, Hellenic Shipping News Worldwide