Tariff Strike: Air-ground handlers not in harmony as SAHCO vows to open shop 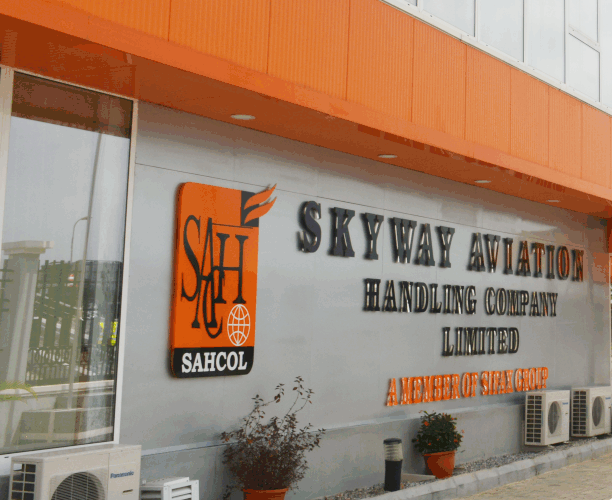 There is a discordant tune in the camp of air-ground handling companies over a strike billed to take off today, Friday, 5 November 2021, to press home for the implementation and collection of a new tariff by the ground handlers.

The umbrella body of the companies – Association of Ground Handling Companies of Nigeria – had declared during the week that its members would embark on an indefinite strike over non-implementation of the new tariff regime.

In an interaction with Mr. Samuel Olusesan Akinrinmade, Head of Corporate Communications of NAHCO, on the strike, Akinrinmade affirmed the strike is an association thing and only the president of the association could talk about it.

“Don’t you think Mr. Adigun, the President of the association, will be in a better position to answer these questions? Remember, it is an association thing,” said Akinrinmade.

In a call to Mrs. Adetola Uansohia, Manager, Corporate Communications, SAHCO, said she was not aware of the proposed strike.

“I don’t know where that information is coming from because SAHCO is not going on strike to the best of my knowledge. I am aware that Afghan is doing everything they can to inform all the stakeholders of the new development,” said she.

The impending strike was a result of the order by National Assembly to the Nigerian Civil Aviation Authority (NCAA) to hold on to the implementation of the new tariff regime because of its inability to meet with all parties involved on October 6th.

This strike, according to information, will have an adverse effect on the industry as the airline sub-sector will be paralyzed because their operations naturally tie into the services rendered by the ground handling companies.

All efforts by PortNews to get the reaction of the Nigerian Civil Aviation Authority (NCAA) on the development and know what is being done to avert it were futile.

The NCAA had approved new safety threshold handling rates for ground handling companies in late August 2021 after 35 years of operating the old rates improving the old rates that could see handlers charge between $1,500 and $5,000 (passenger and cargo flights) for narrow and wide-body aircraft on international routes, respectively, while for domestic operators it was upped to N20,000 and N70,000, depending on the aircraft type.

With the approval, the ground handling companies were expected to charge the same handling rates as their counterparts in the sub-African countries.

The ground handlers noted that they were already putting modalities in place to commence an indefinite strike starting from this Friday to ensure the commencement of the new regime as approved by NCAA about two months ago.

Knowing the effect of the new rates on their operations, airlines wrote a petition to the National Assembly and claimed they were not carried along, a position countered by the NCAA which provided the minutes of the meeting showing their presence.

The House of Representatives had told NCAA to hold on till the 6th of October after refusing to see the NCAA directors who had all the position papers ready for their perusal stressing that the DG was not there. At the determined date, 6th of October, with everyone including the DG NCAA, airlines and handlers present, the House of Reps committee postponed the meeting indefinitely leaving the matter in a state of a quagmire, worst than it was initially which has led to this current precarious circumstance.