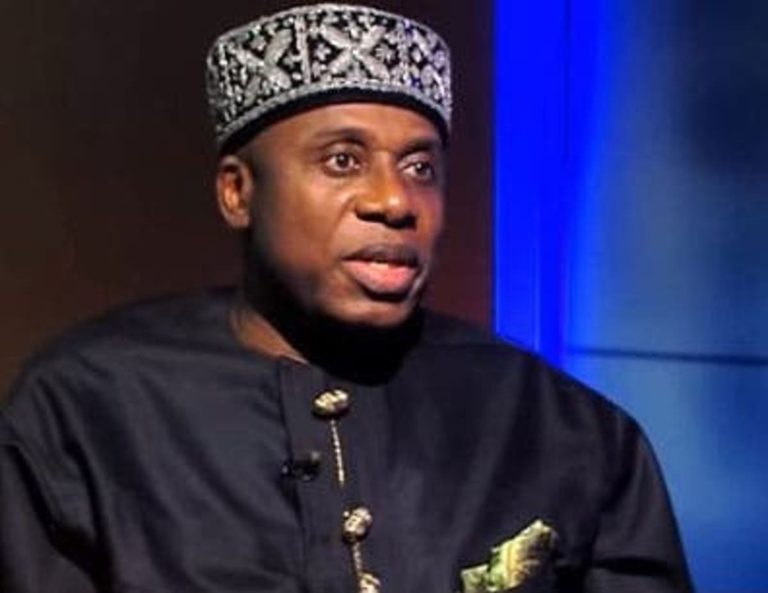 Minister of Transportation, Rt Hon Chibuike Rotimi Amaechi has said that the problem with the Seaport is efficiency, and Terminal Operators must contribute to the total reconstruction and reorganization of the Apapa Seaport.

Amaechi stated this on a TV programme, Monday, citing the drastic change in the Port on the day the President visited to commission the Deep Blue Project.

“I was in the train with the President on that day and noticed that everything had disappeared, even inside the Port that looked like a marketplace was very well organised, no persons were found loitering about, no trucks.

“What it shows is that the problem of the Seaport is the problem of efficiency. If they had the capacity in just one night, because I was there the previous evening, and when I came back in the morning, everything had disappeared; If that can happen in one night, it means that the problem is management, nothing else. Do we need to wait for the President to come before we can be efficient?” Amaechi queried.

“What I’ve done, was to have a meeting with the terminal operators, and I told them that they have to contribute to the reconstruction of the Apapa Seaport. We must rebuild the Apapa Seaport, taking into cognizance all the issues that we are seeing now that is frustrating the Seaport, like where do you park the trucks, how many trucks are coming into the Seaport at what point in time?

“How can a person come into the seaport who has no business being there, what is he doing at the Seaport? The Seaport is a security area and it’s not for everybody, even me, after my tenure as Minister, I’m not entitled to go into the Seaport unless I have business in the seaport,” he added.

The Minister noted that the Ministry of Transportation will partner with the Customs, and the Nigerian Ports Authority (NPA) to solve the problem, adding that freighting of cargoes from the Seaport through the rail, when it begins, will also help in arresting the situation at the Port.

“We are going to partner with customs because they are largely involved. Between them and the NPA, they are the operators (or regulators) of the Seaport and see how to arrest this situation. I believe that when we begin to freight cargoes from the seaport through the rail, we’ll reduce some of the challenges that we have at the seaport,” he said.

Amaechi also spoke on the recently launched Deep Blue Project being overseen by the Nigerian Maritime Administration and Safety Agency (NIMASA) in partnership with the Ministry of Defence, stating that the project will not only boost security in the country’s waters but will also improve trade in the Gulf of Guinea and reduce the cost of production for the Oil industry while improving revenue for Nigeria’s economy.

“Before we came, various contractors were contracted to provide security for oil companies in the water. There was a case between the government and OMSL in which the company provides about 3 or 4 boats to the Navy and they collect $2500 per vessel for the first day and $1500 for about 30 days.

“In a year, like in 2020 they made about $67m, and when you hand over the security of a country to individuals, it becomes very challenging and irresponsible. So, the President kindly approved that the Police, Army, Air force, and other security agencies should be involved in providing security with the equipment that we have provided.

“We have about 3 helicopters, 2 fixed-wing planes, 17 interceptor boats, 2 vessels, drones, and more; what it does is that it gives you information about where the criminals are, those who go and destroy pipes just because they are looking for oil to bunker. It provides you that information, then you deter them or arrest them.

“So, we are able to provide security in the coastal region, both on land and on the sea. Now, those who provide the coastal security on land will be the Nigerian Army and the Police, and we’ve provided them with all the necessary tools they need.

“We have ammunition, we have vehicles, like Armoured personnel Carriers (APCs) and all that for patrol by the coast. All that, we believe will begin to yield fruits between now and next year.”

Explaining further, Amaechi said, “What, we’ve done with Deep Blue project is that we will reduce the cost of producing oil in Nigeria because in producing oil, they also build-in the cost of security. By the time we provide this security in the water, the economy will be improved because there will be more money coming into the economy. That’s the impact it will have when it comes to the Deep Blue project.

“In fact, the Israelis who did the training said in 6 months to 1 year, if there is no improvement in the economy in terms of how much comes in, both to NIMASA, NPA and the Oil industry, ‘come back to us and we’ll be willing to refund.’ But you know it is simple mathematics;

“It is true that the moment you can take away the criminals from the water, and the contractors from the water, then the cost of security which is borne either by NNPC or the Oil Companies will be part of what will come back to us as income. Then on land, in all our rail and train coaches, you have enough armed policemen in any trip we are making to withstand any criminal attack.”