The container logistics implications of war in Ukraine 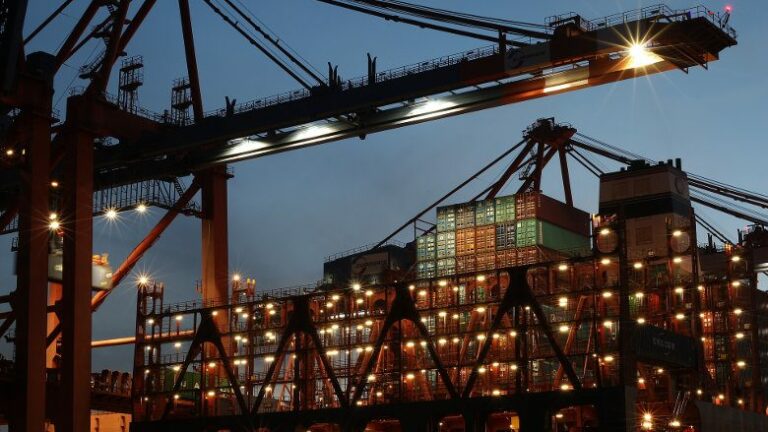 Christian Roeloffs, co-founder and CEO, Container xChange, commented:
“I would like to express my horror at the events of the last week and my deepest sympathy for all the Ukrainian families who through no fault of their own have been dragged into this conflict following Russia’s invasion of its neighbour.

“This is a tragedy for Europe and has shocked us all at Container xChange. Our thoughts are with our friends in Ukraine. We can only hope that peace returns to this great country soon.”

“For our customers this is what we know about the current situation and what we expect will be the impact on container availability on various trades.

“Parts of the Black Sea and Sea of Azov are now dangerous or unpassable. There have been missile attacks on vessels and ship arrests and lane closures for commercial shipping. The Ukrainian seaports of Odessa and Mariupol are closed/damaged/under attack. Trade and container movements have ceased. Cargo and equipment are stuck at ports.

“Due to ongoing disruption to shipping in the Black Sea we expect container build-ups at ports to exacerbate at storage areas across the region.

“Maersk has pulled out booking shipments to and from any Russian ports (with exception of foodstuffs, medical and humanitarian supplies) and other carriers have started following.

“Russian and Belarussian ports in the Baltic and Black Sea will likely see a build-up of boxes if carriers refuse to make port calls due to the security situation and sanctions.

“The full implications of sanctions are not yet clear but the closure of the SWIFT system to Russia will make payments from Russian partners more difficult. The Rouble has also been in freefall after Russia’s central bank was cut off from its reserves.
“Maritime trade with Russia and Russian businesses could be very difficult in the months and even years to come. On Monday, the UK banned all Russian ships from entering its ports. There has been at least one ship arrest by the EU. Our legal team is monitoring the situation.

“On the Asia-Europe trade we could see more demand for maritime shipments and equipment out of Asia due to modal shift. For example, the Asia-Europe rail and road routes through Russia and Belarus are reportedly closed and/or being used by militaries. Borders with the EU are closed. The closure of air space across Russia and Europe has also reduced air freight capacity.

“We expect this awful war to add to the stretched nature of global container supply chains, bringing yet more inflation, disruption and delays.

“Overall, the situation for container availability is likely to worsen, but this will vary by port and region. Central and Northern Europe is already congested, and any further trigger to the cargo flow will only worsen the state of container pileups.

“We will continue to monitor the situation and what this means for global equipment networks and box availability. We will continue to support our customers in uncertain times with data and technology for better container operations, enhancing productivity and informed decision making.

“Once more, we send our deepest sympathies and support to the people of Ukraine at this terrible time for them all.”
Source: Container xChange