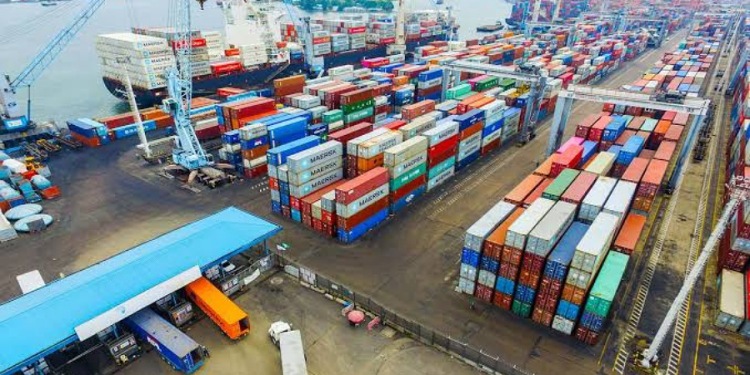 The Central Bank of Nigeria’s implementation of the e-evaluation and e-invoice policy has caused major problems in ports.

Port activities at Tin-Can Island and the Ports & Terminal Multipurpose Limited may have come to a halt, following the withdrawal of services by agents and freight forwarders working at the two ports.

If their demands are not met, the agents have vowed to expand the strike to all of Lagos State’s ports, including Apapa and the Kirikiri Lighter Terminal.

The Central Bank of Nigeria had in a circular to all authorised dealers and the general public announced the introduction of e-invoicing for all imports and exports in the country, effective February 1, 2022.

Nairametrics’s also reported that the Nigerian House of Representatives had asked the CBN to halt the implementation of the policy. This was prompted following the adoption of a motion moved by Honourable Leke Abejide (APC, Kogi)

The central bank however refused to communicate a new date and went on to affect the new policy. Hence, freight forwarders operating at both the Tin-Can Island and PTML last week gave the authority 72 hours to address the technical glitches facing the newly introduced e-valuation system or face industrial action.

In what appears like a follow-up to their earlier threat, the aggrieved freight forwarders on Monday commenced the withdrawal of their services till further notice.

What they are saying

Sunny Ugorji, the Assistant Secretary, PTML Chapter of the Association of Nigerian Licensed Customs Agents, stated that the agents were not against the platform but the implementation process.

Ugorji said the implementation showed the officers of the Nigerian Customs Service had increased the duties on imported cars without the notice of the agents.

He said, “We only withdrew our services because of the e-evaluation, there is no work; we have withdrawn our services until they correct the e-evaluation system. We are not against e-valuation, what we are against is the implementation of the platform. The implementation is indicating that the Nigeria Customs Service has increased duties without informing us. I don’t see why when they say e-valuation; it simply means we are going to observe port operations with not much interface which is good”

He added, “We have succeeded in withdrawing our services both at the PTML Command and Tin-Can. By tomorrow (Tuesday) we are going to Apapa. On Wednesday, we are going to KLT to make sure  we all speak with one voice.”

The Chairman of the National Association of Government Approved Freight Forwarders, PTML chapter, George Okafor, said, “We just withdrew our services; all the agents have withdrawn their services at PTML. Our attention was only at PTML but it has now extended to Tin-Can. We are on it until the government speaks to us. We gave the Customs Controller-General 72 hours to talk to us but until now, he hasn’t done that. So we are withdrawing our services until the Customs talk to us.”

Muhammad Yakubu, the Public Relations Officer of the PTML Command, NCS, acknowledged the discontinuation of service, noting that the command was just executing the government’s e-valuation policy.

He said, “They have been on strike since we came to the office. I keep on telling them that this thing is beyond us (Customs), it is a Federal Government policy and we are just here to implement the policy. They should talk to the Federal Government.”

The PRO, Tin-Can Island Command, NCS, Uche Ejesieme, advised the protesters to act within the ambit of the laws.