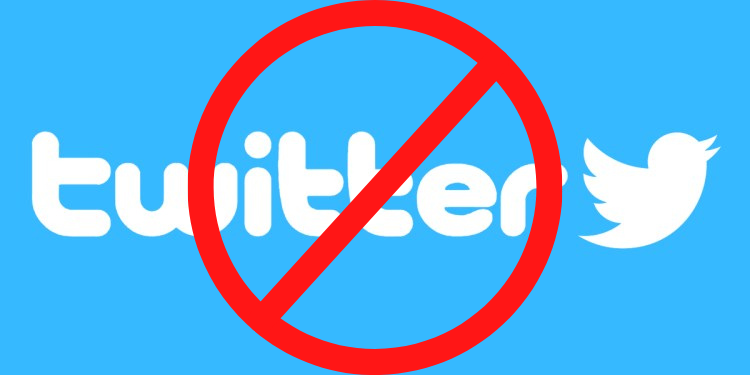 Human Rights Activist and Senior Advocate of Nigeria, SAN Chief Mike Ozekhome has asked the federal government to ready to build more prisons to accommodate “erring” Nigerians who are likely to bypass the ban on Twitter usages.

In a piece made available to Vanguard on Sunday in Abuja, Ozekhome also revealed what he described as a new game plan by the federal government to arrest the opposition, rights Activists, dissenters, plural voices, and perceived enemies to the ban.

He said decried the speed with which the government announced the ban without thinking about the economic consequences.

He said: “The Attorney-General of the Federation and Minister of Justice, Abubakar Malami, SAN, has just ordered the Director of Public Prosecution of the Federation to immediately prosecute offenders contravening the Federal Government’s ban on twitter operations in Nigeria. Indeed he wants the DPP to liaise with the Ministry of Communications and Digital Economy, the National Communications Commission (NCC) and other relevant Government agencies to ensure “speedy prosecution of offenders without further delay”.

“How I wish that Malami’s APC Government, has displayed such alacrity and sense of urgency on the grave insecurity challenges of the country; the parlous economy and the mounting corruption ravaging our land.

“Malami did this with Lai Mohammed apparently being aware that many knowledgeable Nigerians had started to use different Virtual Private Networks (VPN) to clearly bypass the blockage.

“This government must be ready to build thousands of prisons across all the nooks and crannies of Nigeria so as to accommodate the deluge of ‘erring’ Nigerians.

“This government does not appear to have weighed carefully the serious implications of its actions and the likely ricochetting effects. Many Nigerians run global businesses with links and business partners across the world. They carry on business using the social media of Twitter. Secondly, many Nigerians, especially the jobless youth who have been rendered destitute by this thus anti-masses government.

“They rely heavily on legitimate income realized from the platform through advertisement of their products and services and act on behalf of their not so ICT-compliant clients who desire to reach out to the world banning Twitter is akin to what this government did in a kneel-jerk action on coming to power whether thoughtlessly banned Nigerians from operating their domiciliary foreign accounts. The naira has never recovered from this shock treatment.

“Perhaps, more important is that the ban outrightly denies citizens of their individual and collective right to freedom of speech and right to freedom of expression and the press, contrary to section 39 of the Constitution. The cumulative effect of these negative acts is a serious blight on Nigeria’s image both at home and abroad.”

Revealing a conspiracy and game plan to arrest some Nigerians who are eager to resist the ban, Ozekhome recalled that the courts have been under lock and key due to the industrial strike action by the Judiciary Staff Union of Nigeria, JUSUN.

Contrary to his earlier stance, Ozekhome called on JUSUN to call off its strike, noting that the judges whom the workers were fighting for had carried on, delivering judgments.

“In all these, the agitated citizens are eager to go to court (section 6 of the Constitution), to challenge these outrageous infractions of their rights. Then, they suddenly realize that the doors to the courts are firmly shut, and put under lock and key by JUSUN workers. So, they lick their oozing wounds. Meanwhile, the same courts being protected, are busy every day, delivering judgements (physical and virtual), on matters already pending before the JUSUN strike commenced.
So, who are these workers that prepare the files, take them to Judges and create the enabling environment for such sittings, including fixing the zoom meetings? How and where do they gain access to the courts’ strong rooms, filing cabinets and court processes, to aid the Judges? Just how? I cannot understand. Or, can you?

“I have now changed my views and stance. My new stance is now occasioned by the frequency of series of curious events (some quite frightening), emanating from the government and its operatives in the last two weeks.

“Let us not continue to be used by fifth columnists as pawns in a game of musical chairs. This government will very shortly likely crack down on the opposition, rights Activists, dissenters, plural voices and perceived enemies. There will be no courts to run to with a view to obtaining any remedy. They are all firmly locked. The JUSUN strike has therefore outlived its usefulness and purpose. JUSUN, call off the strike now”, he said.

In the event the strike is not called off immediately, Ozekhome advised Nigerians to seek redress in regional courts.

“All hope is not lost, even with the JUSUN strike. There is some respite here.
Any Nigerian arrested or detained should immediately proceed to the sub-regional West African Court situate in Abuja. The African Charter on Human and People’s Rights is there to protect the rights of citizens of Nigeria. The Court that operates it (the West African Court) is there right now, fully operational. The last time I checked, we are not in the Hobbesian state of nature where life was solitary, nasty, short and brutish”, he said.