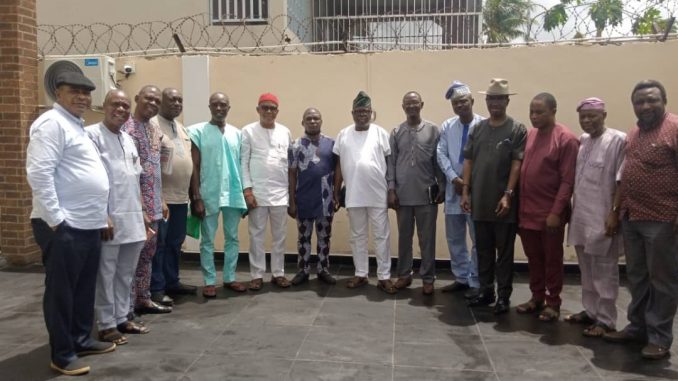 The electronic call-up system, otherwise known as ETO, conceived by the Nigerian Ports Authority (NPA) to ease the movement of trucks and cargo in and out of the ports was defective from the onset.

Prince Olayiwola Shittu, immediate past President of the Association of Nigeria Licensed Customs Agents (ANLCA), made this observation in a media chat with members of the League of Maritime Editors and Publishers in Lagos last week.

Shittu said the refusal of Ms. Hadiza Bala Usman, the then Managing Director of NPA to accept a strategy of inclusivity of different cadres of stakeholders and port experts ensured that the otherwise well-intentioned project failed and resultantly left in its trails a more riotous traffic gridlock in the Lagos port environs.

“I advised Hadiza Bala Usman to consult widely with stakeholders via monthly meetings with heads of other government agencies and a quarterly meeting with critical stakeholders but she ignored my advice and chose to work with her own select people.

“It is not as if ETO was designed intentionally to fail, but was not well thought out. For instance, the barge operators were not factored in. Most importantly is the matter of ego and self-centeredness. Nobody wants to be regulated in the maritime industry which is one major reason why ETO failed,” observed Shittu.

The erudite maritime technocrat and port politician regretted the ineffectiveness of the Nigerian Shippers’ Council to assert itself and function as the authentic port industry regulator which Shittu noted was largely responsible for the anomalies that have reared their ugly heads especially in cargo operations in the industry.

“We have a situation where government agencies in and out of the ports work at cross purposes, where multiple government agencies constitute a clog to accelerated cargo clearance and movement. As long as Nigerian Shippers’ Council cannot enforce regulations or arrest or prosecute offenders, everything remains a joke,” fumed Shittu.