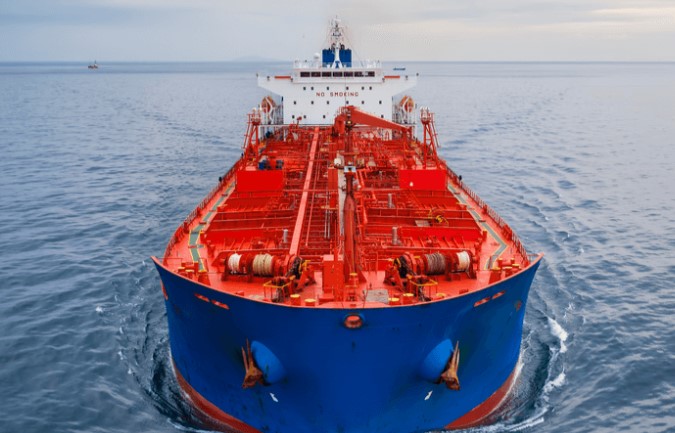 The outbreak of war in Eastern Ukraine has raised fears about the impact of further sanctions on global energy markets, coupled with the UK Prime Minister’s announcement today of “a massive package of economic sanctions” to come.

As far as the Shipping industry is concerned, so far, only one Shipping company has been directly sanctioned. PSB Leasing owns five ships: two Tankers, two Multipurpose ships and one RoRo (a “roll-on, roll-off” ferry for vehicles). At least one of its Tankers was already involved in sanctioned Iran trade, although it has also called in the US, UK and EU in the last two years, as shown in Figure 1. However five ships out of a global fleet of over 78,000 will hardly cause a ripple, let alone any type of disruption.

Figure 1. Journeys and stoppages of the PSB Leasing owned Tanker Linda in the last 24 months

Almost every analyst and news outlet has noted that sanctions on Russian oil and gas exports may be against the West’s own interests, as prices are already high, and this would take out significant supply. As shown in Figure 2, in 2021, Russian exports accounted for 5.2% of global seaborne trade on Tankers (oil and refined oil products), and 6.0% of global seaborne trade on Liquified Natural Gas (LNG) Carriers. Such significant proportions are not readily replaceable from other sources. Figure 2. Russian Exports as a Proportion of Seaborne Trade in 2021, by Ship type

The balance of incentives may tilt the other way. But if Russia was to restrict energy exports to the West, it would also stand to lose considerable export revenues. As an aside, Russian exports also accounted for 3.7% of global seaborne trade on Bulkers and their absence would be palpable in markets such as grains, fertilisers, and coal.

Given the possible adverse price impact of sanctions on oil and gas, the more interesting question then becomes “If more Russian companies are sanctioned, how much of the world fleet is at risk?” Looking at ownership structures of ships yields some useful insights, as shown in Figure 3. Figure 3. Proportion of World Fleet with Russian companies in the Ownership Structure, by Ship type

Potentially, 7.4% of the world’s Tanker fleet would be at risk, as would 3.5% of the world’s LNG Carrier fleet. With cripplingly weak utilisation and freight rates afflicting both of those sectors for the past several months, in marked contrast to booming Dry Bulk Carrier and Containership sectors, sanctions on Russian shipping companies could remove some excess supply of ships from the openly competitive market without causing as large an upward movement in freight rates.

When looking at what this could mean for relative market shares, the impact becomes far more pronounced for gas than oil, as shown in Figure 4. In 2021, “At Risk” LNG Carriers contributed 7.0% of total CBM-miles, whereas “At Risk” Tankers contributed only 2.1% of total ton-miles. This is a function of the former trading over longer distances and the latter over shorter distances. Sanctions on Russian Shipping companies could therefore potentially vacate a greater market share for non-sanctioned companies in the LNG Carrier market than in the Tanker market. Figure 4. The “At Risk” Fleet’s Market Share of Total Cargo-Miles in 2021, by Ship type

Market participants will also look at how much Russian trade would become available to unsanctioned companies under this scenario. Figure 5 below shows “At Risk” LNG Carriers had 85.8% of CBM-miles emanating from Russia in 2021, nearing complete dominance. Moreover, “At Risk” LPG Carriers had 36.8% of Russian CBM-miles, although absolute volumes are very small. A 20.1% market share of the sizeable Russian trade for “At Risk” Tankers will not go unnoticed by those in the oil market. Figure 5. The “At Risk” Fleet’s Market Share of Russian Export Cargo-Miles in 2021, by Ship type

From looking at the data, one would expect policymakers to consider very carefully the impact on Western consumers and households before sanctioning oil and gas. However, there could be more scope to sanction the ships and companies that carry them, due to the lesser impact on global trade and exports.
Source: VesselsValue (Commentary from Vivek Srivastava, Senior Trade Analyst at VesselsValue.)