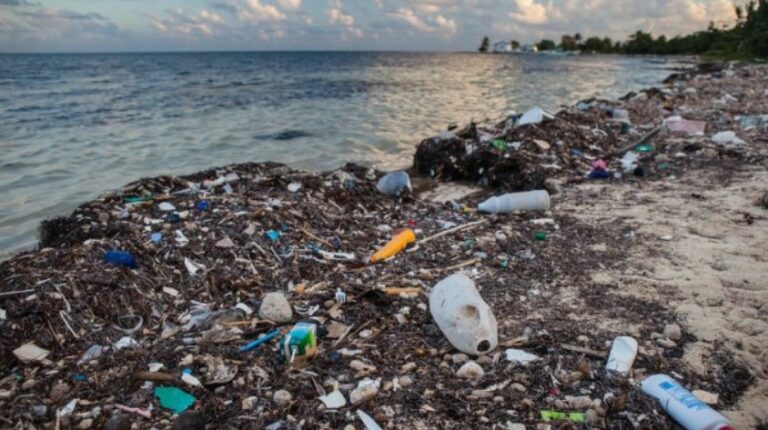 The oceans contain 94% of the entire planet’s wildlife, provide food, generate oxygen, and regulate our climate. Collective efforts are required to manage the oceans sustainably and to protect them against threats to marine ecosystems caused by overfishing, pollution and marine debris.

Improper management of plastic waste has devastating effects on the marine environment. Projections show that annual plastic emissions may reach up to 53 million metric tons per year by 2030. However, thanks to bans and changing policies, the global plastic waste trade is undergoing tremendous changes. Joint international efforts are crucial to fight the scourge of plastic pollution in our oceans that harms animals – causing suffocation, entanglement, laceration, infections and internal injuries – as well as human beings through toxic contaminants and carcinogenic microplastics entering the food chain.

This is where Customs administrations come into play. Being at the forefront of enforcing Multilateral Environmental Agreements (MEAs) such as the Basel Convention on the control of transboundary movements of hazardous wastes, Customs plays an essential role in monitoring, controlling and preventing illegal trade in environmentally sensitive goods, as they are uniquely mandated and positioned at countries’ borders.

Dr. Kunio Mikuriya, Secretary-General of the World Customs Organization (WCO) stated this today in a speech to mark the year 2022 UN World Oceans Day with the international community and to draw attention to the role oceans play in sustaining a healthy planet, and to the challenges surrounding their protection and conservation.

The WCO trade tools are increasingly taking into account the environmental aspects of goods as an important element. For legal trade, the Harmonized System (HS) classifications have always been an important tool for monitoring or identifying environmentally harmful goods that fall under MEA restrictions.

“The Customs community contributes to sustainable development and the protection of the environment by ensuring the sustainability of the international supply chain and intercepting illegal trade in plastic waste”, said Dr. Kunio Mikuriya, WCO Secretary General. “The theme for World Oceans Day 2022 highlights the importance of collective actions. The WCO is committed to further pursue synergies and coordination between Members and other stakeholders to protect the environment”, he added.

Within the WCO Environment Programme, one such collective effort is the WCO Asia Pacific Plastic Waste Project, funded by the Government of Japan. This project aims to strengthen the capacity of Customs administrations to recognize legal trade in plastic waste and handle it appropriately, to mitigate the threat of illegal plastic waste shipments, and to raise awareness of the Basel Convention’s regulatory principles.

Through a Self-Assessment Tool developed by the Project, WCO Members can assess their readiness to enforce the Basel Convention provisions and to prevent and deal with cases of illegal plastic waste trade. Customs administrations benefit from a Training Framework on the Basel Convention and Imports and Exports of Plastic Waste that provides a step-by-step approach to how Customs administrations can build capacity to enhance detection and risk management in the area of plastic waste. The updated Coordinated Border Management Compendium, with a new Chapter on the Basel Convention and a dedicated Annex on Plastic Waste, further underlines the importance WCO accords to coordinated and collective actions.