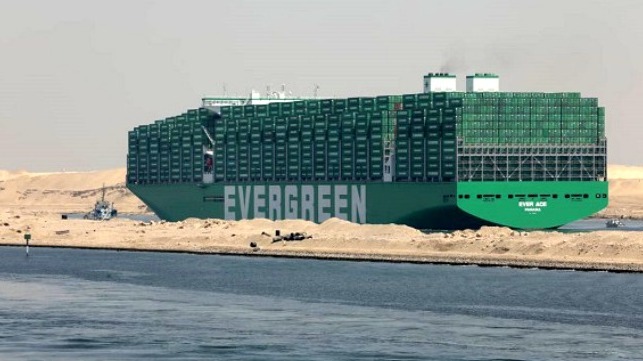 Ever Ace during her first Suez Canal transit (SCA)

The world’s largest container ship based on capacity completed its first transit on the Suez Canal on August 28. Because of her large size and because it is the maiden voyage of the vessel, it garnered extra attention and special handling from the Suez Canal Authority.

Evergreen Line’s Ever Ace made the northbound transit on Saturday. With a rated capacity of 23,992 TEU, she has the largest carrying capacity of any containership, approximately 30 more TEU than the HMM Algeciras and her sister ships which have been transiting the canal since 2020. Like her fleet mate, the Ever Given which became notorious due to her grounding in the canal in the spring, as well as the HMM vessels, the new Ever Ace is 1,312feet in length. However, the new vessel, with a 202-foot beam, is five feet wider than the Ever Given and two feet wider than the HMM vessels.

According to the Suez Canal Authority, following its protocols for large ships and especially on their maiden voyage chief guides were sent to welcome the vessel. In addition, a group of senior authority guides and a tugboat were assigned to provide additional navigation support while the main traffic office and guide stations monitored the progress of the Ever Ace during the transit.

Lieutenant-General Rabie, head of the Suez Canal Authority, used the opportunity to highlight the cooperation between the SCA and Evergreen. In the spring the canal and shipping line had an extended dispute with the Ever Given being detained until a compensation settlement was reached. The SCA initially filed a claim against the shipowner Shoei Kisen for about $900 million in damages but later reduced it to a penalty of $550 million, payable in instalments.

This weekend, the SCA however emphasized its long relationship with Evergreen. The authority highlighted that approximately 210 Evergreen ships had transited the canal in the past 12 months representing more than 31 million tons. In 2021 alone, 145 ships belonging to the shipping line with a total net tonnage of 22 million tons transited the canal.

Captain Yang, master of the Ever Ace, thanked the SCA for its cooperation with its guides to ensure the safe and safe passage of the ship. The Ever Ace is sailing to Rotterdam where she is due to make her maiden arrival on September 4.  She is the first of 12 A-Class vessels under construction for Evergreen.

During the same northbound convoys on Saturday, the SCA marked another first. The NGO-vessel Global Mercy, which is the largest floating civilian hospital, made her first transit. Built in China, the vessel was recently delivered to Stena RoRo, which will be managing it for the NGO. The vessel is currently sailed to Malta on a delivery run. The aid organization plans to finish the outfitting and training of the crew before the Global Mercy’s first mission commences in 2022. 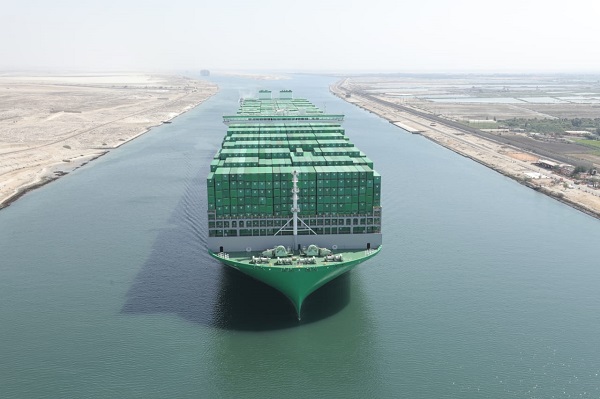 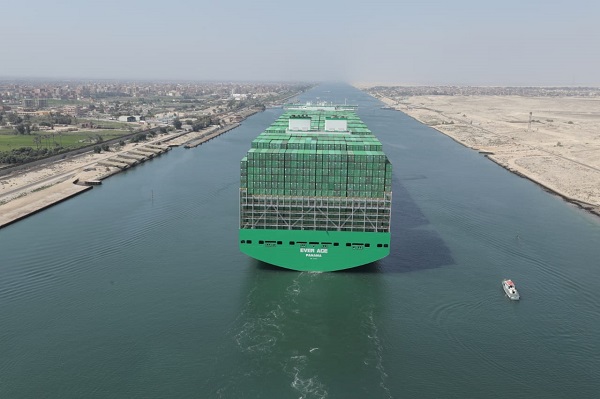 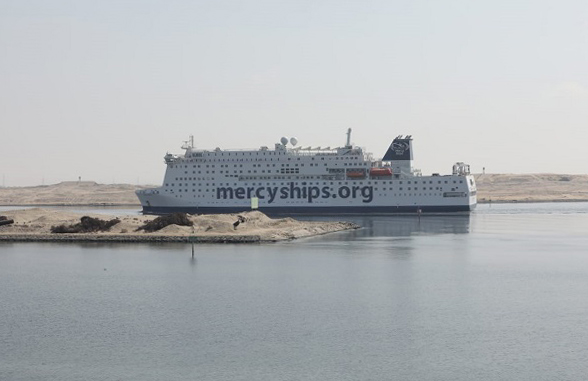