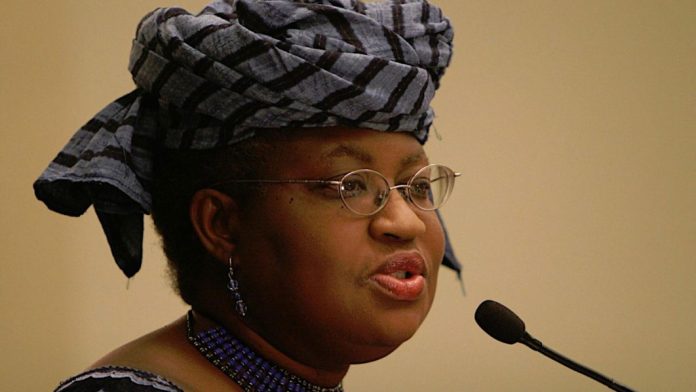 The Director-General of the World Trade Organisation (WTO), Dr. Ngozi Okonjo-Iweala, has listed Nigeria and South Africa among nations being considered by Africa, in conjunction with the European Union (EU) and other partners, to create regional vaccine manufacturing hubs on the continent.

Others are Senegal and Rwanda.

Speaking yesterday during a virtual meeting monitored by Reuters, Okonjo-Iweala stated that regional production hubs would offer a more promising path to preparedness for a future health crisis.

“We have now seen that over-centralisation of vaccine production capacity is incompatible with equitable access in a crisis situation.

“Regional production hubs, in tandem with open supply chains, offer a more promising path to preparedness for a future health crisis,” She stated.

Rwandan President, Mr. Paul Kagame, also confirmed yesterday at the Qatar Economic Forum that Senegal, Rwanda, and South Africa were in talks with investors to start the production of COVID-19 vaccines in Africa.

Africa was “trying to find partners, to start manufacturing vaccines on our continent,” Kagame said.

“We are discussing with people who will help with financing and I think in a few months we should hear a different story,” Kagame added.

The continent of 1.3 billion people has fully vaccinated only about one per cent of its people against COVID-19 even as some wealthier countries have inoculated enough of their citizens to begin reopening their economies.

Okonjo-Iweala; Managing Director of the International Monetary Fund (IMF), Ms. Kristalina Georgieva; Director-General of the World Health Organisation (WHO), Dr. Tedros Adhanom Ghebreyesus; and President of the World Bank, Mr. David Malpass, recently pledged to commit an estimated $50 billion in the fight against the COVID-19.

The amount was expected to help bring the pandemic to an end faster in the developing world, reduce infections and loss of lives, accelerate the economic recovery, and generate some $9 trillion in additional global output by 2025.

“It is a win for all — while around 60 percent of the gains will go to emerging markets and developing economies, the remaining 40 per cent will benefit the developed world. And this is without taking into account the inestimable benefits on people’s health and lives.

“Investing $50 billion to end the pandemic is potentially the best use of public money we will see in our lifetimes. It will pay a huge development dividend and boost growth and well-being globally,” they added.
The leaders of the four multilateral institutions said it had become clear there would be no broad-based recovery without an end to the health crisis.

Okonjo-Iweala had stated that a rapid global and equitable vaccine rollout would be the best stimulus for a strong and sustained economic recovery for the global economy.

She had acknowledged that large monetary and fiscal injections in advanced economies helped prevent a bigger economic downturn last year and served as a major factor in why growth and trade both outperformed projections from last year.

She, however, had stated that these support measures would not “be enough to bring an end to the crisis. Only by ramping up production of vaccines and making them more widely available can we hope to get the world economy back to full speed.”

She added that stakeholders should pay adequate attention to effective vaccine rollout because COVID-19 has continued to pose the greatest threat to the global outlook for trade.