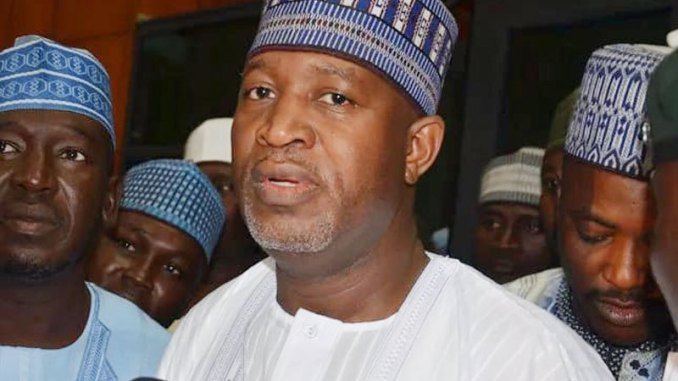 The massive flight disruptions in the last few weeks triggered by the scarcity and high cost of Jet A1 fuel is no doubt attracting the needed attention. The House of Representatives has intervened and summoned those concerned to explain why the price of aviation fuel has gone through the ceiling, with a litre selling above N600.

The increase is about 300 per cent within a year and it has put airline operators under pressure in conveying passengers.

In finding a solution to the crisis, the stakeholders who converged at the House of Representatives sitting on Monday were the Group Managing Director of the Nigerian National Petroleum Corporation (NNPC), Mele Kyari, was present, agreed at N500 per litre; an experiment that would run for three days.

Maybe as analysts say, this temporary compromise might avert the shutdown of the sector as warned by the Vice President of the Airline Operators of Nigeria (AON), Mr Allen Onyema, who is the chairman/CEO of Air Peace.

What happens after three days remains a matter of conjecture. But what is clear is that the issue still remains unresolved and will continue to rear its ugly head.

This is not the first time Nigeria would be faced with an acute fuel shortage in the aviation sector which crippled flight operations.

The same crisis was experienced in 2016 which also affected international flights as foreign airlines had to either suspend flights because they were not sure of getting fuel at the destination point which is Nigeria; or they go to Accra, Ghana and other neighbouring countries to refuel.

The situation was also not different in 2017 when operators accused some unnamed “cartels” of hiking fuel prices at will. It was N200 at that time per litre, yet airlines still whined.

Four years later, the price has virtually quadrupled, selling as high as N600 per litre.

As part of the resolution reached with the lawmakers yesterday, the airline operators would also be licensed to import aviation fuel as requested by the chairman of Air Peace.

The GMD said, “…As requested by the Airline Operators Association of Nigeria, they will be granted a licence by the authority to import petroleum products, particularly ATK so that they can have a way of benchmarking the sales of other customers and can also bring in cheaper products whenever it is possible”.

But stakeholders say the decisions reached so far are not unsustainable as the scarcity could rear its ugly head again when the main issues have not been addressed.

Analysts are also of the opinion that the issues bedevilling the ATK high price are not different from those that shot up the price of diesel in recent times which saw it now selling for over N700 per litre.

One major issue is the foreign exchange required to import the fuel since the local refineries are not working. Also, the cost of bridging the product and transportation to the airports has added to the high price as the pipeline system from the depot to the airport has not been fixed for the past two decades hence the use of trucks to convey the product to the airport.

Daily Trust reports that some pipelines that supplies fuel from Mosimi/Ejigbo to the Murtala Muhammed International Airport (MMIA) which was over two decades ago.

The pipelines that transport fuel from the shore depot to the airport and from the fuel farms to the apron hydrants ruptured in 1992 but till today, they have not been repaired despite calls from experts.

Group Capt. John Ojikutu (rtd), a former commandant at the MMA, recently told Daily Trust that not even the much-talked-about Dangote refinery would solve the aviation fuel problem if the pipelines supplying to the airports are not repaired.

“Repair the pipelines that supply fuel from Mosimi/Ejigbo to the MMA depot to stop the bridging of supplies with numerous tankers and the demurrage on them to reduce at least 20% of the cost.

“Anything short of these cannot solve the high cost of aviation fuel; not even the expected local production from Dangote refinery,” he said.

“Before the airlines begin to ask for importation licence for fuel, let them find out from the NNPC why it excluded Total, Mobil, AP, MRS and Conoil that were initially importing fuel alongside with the NNPC and how a DUKE from Jersey got the sole contract now to be importing fuel for Nigeria?

“What I suggested over 20 years ago, up to the office of the national security adviser, was for the NNPC and the marketers or marketers and the airline operators to repair the pipeline to reduce the additional cost caused by trucking from Ejigbo to the MMIA and the accompanying demurrage.

“Why are they not asking what benefits there had been to aviation the over N2trn given out as subsidies on fuel yearly?” he asked.