Autonomous vehicles in and out of the warehouse 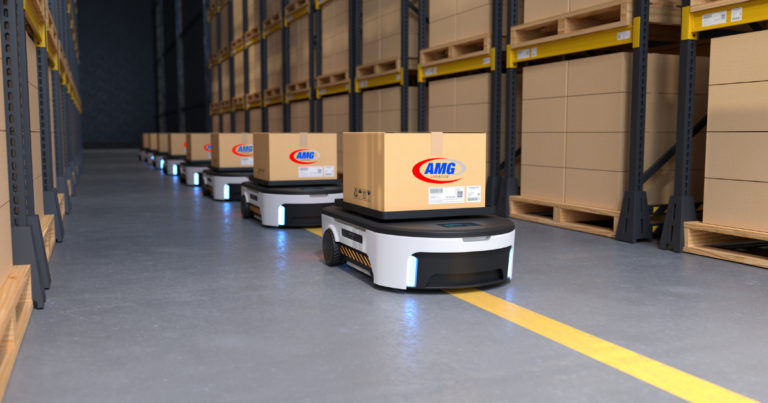 Drones and unmanned vehicles will keep reshaping the face of the supply chain as businesses experiment and the best way for its deployment.

The world may be far from a future whereby we no longer have manned vehicles everywhere, however, in the supply chain, autonomous vehicles have progressively made inroads over the past five-plus years, and it has continued to play a key role in changing how goods move.

MHI annual industry report (2021), 21% out of more than 1,000 supply chain and manufacturing leaders opined that they have plans to invest in AV and drone technology in the next three years. 20% of respondents said their companies currently have AVs and drones in use, whereby 37% predicted they would be deployed within the next five years.

Autonomous Vehicles in motion – It is true that AVs have not taken over roadways, autonomous vehicles and drones are undoubtedly making an impact on supply chains, especially in controlled environments.

Businesses have been deploying automated forklifts in warehouses and some run driverless trucks too, still, these technologies either rely on the static nature of where they operate or have a human backup, even if they are working remotely from the warehouse of the forklift’s operation.

Autonomous vehicles will only get smarter, and we are going to soon see more frequently, vehicles that would require no control of a driver. And this would most probably happen sooner than we know.

Drones within and outside the warehouse – At the moment, drones are primarily used in two ways. In warehouses, they do inventory scanning, just like the Corvus Robotics drone, which has the capacity to scan between 200 – 400 pallet positions per hour. Outside warehouses, they can make deliveries, just as Flytrex does with groceries in North Carolina.

In the nearest future, drones will be a commonplace means of transportation. Drones have the capacity to avoid traffic, within the supply chain space, we would see the adoption of drones that will takeoff from the warehouse to the airport or to a ship and supplies will be directed to wherever needed. The use cases of drone technology are expected to expand within the supply chain.

AVs and Drones Adoption Barriers – Just as with every innovation or change, there is always an adoption barrier, but as the saying goes that change is inevitable, these barriers are usually eventually overcome. A general unease about autonomous vehicles and drones can hold back technology adoption, even if it is an unconscious sentiment. YouGovAmerica recently surveyed and found that 43% of consumers are nervous of self-driving cars, from international respondents. When asked just of U.S. respondents, the numbers rose to 58%.

Interestingly, people have little tolerance for the idea of a computer making a mistake, this actually holds back much of the advances than most people realize.

Businesses that intend to adopt the technology should understand and acknowledge how much work goes into making technologies like drones and autonomous vehicles work efficiently and safely too.

Businesses also need to have an understanding of how to run, service and maintain the hardware and software that makes the technologies work effectively too. This is believed to be an important requirement before we experience an explosion of usage.