Carbon neutral shipping – it all comes down to green hydrogen, and lots of it 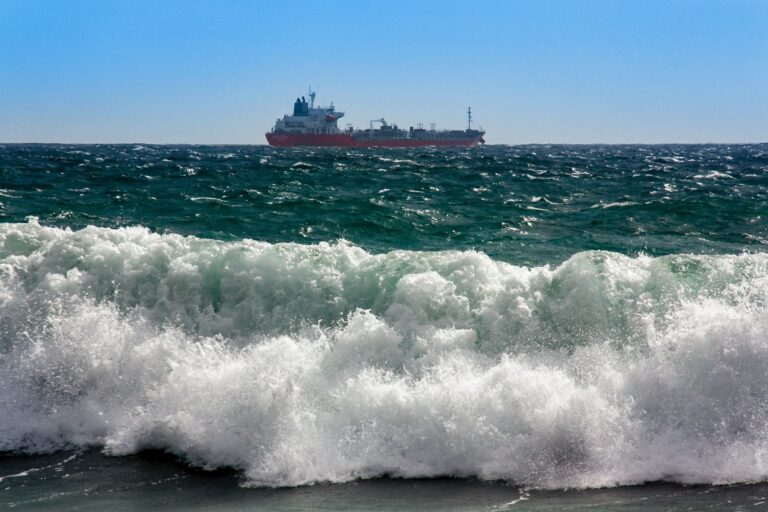 With decarbonisation much in the public eye, shipping is currently and perhaps belatedly trying to find the best pathway to carbon neutral fuels. Shipping greenhouse gas (GHG) emissions as a proportion of global GHG anthropogenic emissions increased from 2.76% in 2012 to 2.89% in 2018, according to the Fourth IMO GHG Study 2020[1]. To put this into proportion, if shipping were a country it would rank as the sixth largest GHG emitter between Japan in fifth place and Germany, according to the World Economic Forum in 2018[2]. As an industry, it should therefore be giving GHG emissions as much attention as given to it by these two countries.

A feature of ships is their relative longevity. A ship ordered today will be delivered two to three years later and then be operating for twenty to thirty years – potentially past the generally accepted deadline of 2050 for achieving carbon neutrality. There is therefore urgency in deciding on the best pathway to carbon neutrality as retrofitting ships can be exorbitantly costly or infeasible. Critical to the choice of pathway are fuel cost and availability. For ocean shipping, there are three principal pathways.

The most popular pathway at the moment, if measured in terms of new ship orders, appears to be liquified natural gas (LNG) with the fossil fuel version being replaced by bio-LNG or synthetic LNG. However, this pathway to carbon neutrality is also the most problematic. Firstly, the primary ingredient of natural gas is methane, a particularly potent GHG. Although switching from conventional LNG to bio- or synthesised LNG leads theoretically to carbon neutrality, the potential for methane leakage ‘from well to wake’ is such that GHG emissions are only reduced by two-thirds, according to Shipping Australia[3]. Some of the leakage arises in the LNG supply chain and some escapes unburnt from dual fuel engines of the kind being installed in new ships. Second, LNG requires a cryogenic infrastructure for its storage and delivery, which is expensive to construct and maintain. Natural gas only remains a liquid at -160C under atmospheric pressure, which requires special steels to avoid cracking and extensive insulation. As a consequence, the World Bank has strongly advised against the LNG pathway[4], to the annoyance of the fossil fuel industry who argue that LNG is cleaner than heavy oil and available now.

Source: The University of Sydney

The second most popular route to carbon neutral fuels is methanol, a form of alcohol. Methanol is already produced in large quantities and has the advantage of being a liquid at room temperature, obviating the need for a cryogenic infrastructure for its storage and delivery. It can also be blended with fuel oil as an intermediate solution (E10 used in cars is an example of this). Like biomethane, methanol can be produced from biomass or can be synthesised by chemically combining ‘green’ hydrogen (hydrogen produced from water by electrolysis) with carbon dioxide either captured from the atmosphere or emitted by an industrial process. One problem for methanol is that it has about a quarter of the volumetric energy density of conventional fuel oil, so the fuel tanks would have to be correspondingly larger (or the range of ships reduced). LNG has a volumetric energy density about half that of conventional fuel oil, but because of the need for cryogenic tanks and pipes, the extra volume for storage increases by about factor three, so this is a problem shared with methanol. Maersk, the largest container shipping line, has opted for methanol and recently ordered eight ocean going 16,000 TEU container carriers to add to two smaller feeder vessels operating in the Baltic.

The third pathway is hydrogen or ammonia. Hydrogen is ‘green’ (or carbon neutral) if produced by electrolysis using electricity generated by wind turbines or solar panels. As a fuel, it can be burnt in an internal combustion engine or passed through a fuel cell to generate electricity, the latter technology being more energy efficient, in both cases emitting only water. However, hydrogen has very low volumetric energy density so it must be liquified, compressed or chemically combined with nitrogen to form ammonia. To liquify hydrogen, it should be cooled to -253C, which is only 20C above absolute zero, consuming about a third of the gas to drive the liquefaction plant. It also requires costly cryogenic infrastructure for storage and handling. Compression up to 700 bar is used for vehicles and hydrogen in this form has been found to be a practical fuel for buses. Ammonia is regarded as a more practical fuel for ships, as it can in theory be burnt in an internal combustion engine (suitable engines are currently under development) or broken down into hydrogen and nitrogen (so far only demonstrated in a laboratory) and the hydrogen passed through fuel cells to generate electricity. Ammonia, although toxic, is already produced (but not in a carbon neutral way) and shipped on a large scale as a key fertilizer ingredient, so the infrastructure for storage and handling it already exists.

Of the three principal pathways for ocean shipping, LNG and methanol are the current contenders as the technology for hydrogen as a fuel for ships is not yet mature. Nonetheless, the World Bank is strongly advising the ammonia pathway, in terms of both cost and environmental impact [4]. As fossil fuels are gradually replaced, and their production and consumption fall unevenly, their price will become increasingly volatile. This will apply also to LNG, reducing its attraction as a ship fuel. Methanol offers the possibility to go carbon neutral in one step and does not risk methane leakage. The challenges at present are methanol supply and the lower volumetric energy density. Maersk, by ordering methanol fuelled ships, is attempting to create demand certainty and thus stimulate investment in production. Production of methanol from biomass, however, will not suffice without interfering with food production. An industry that synthesises methanol by chemically combining green hydrogen with carbon dioxide, a known but energy intensive process, will therefore be required. Hence it all comes down to green hydrogen and lots of it.
Source: The University of Sydney