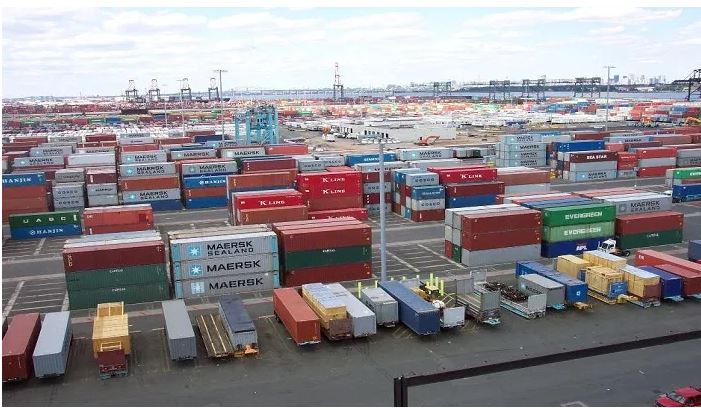 Clearing Agents operating at the nation’s seaports have warned the Nigeria Customs Service (NCS), not to make scanning of cargoes at the seaport cumbersome like 100 percent physical examination.

This is coming against the backdrop of the federal government’s deployment of scanning machines to Apapa, Tin-Can Island and Onne seaports to enhance trade facilitation.
In a chat with Journalists, the National Vice- President, Association of Nigerian Licensed Customs Agents (ANLCA), Kayode Farinto, warned that corruption and “job for the boys” as it used to be during 100 percent cargo examination, should stop.
He, however, advised the Customs officers to put the nation first by ensuring reduction in cargo clearance procedures and quick exit of cargo from seaports.
He said, “Now that we have scanning machines everywhere in the port, then we should reduce procedures of clearance at the ports.
“Once you make your declaration, make payment and as selectivity takes you to scanning and your cargo is scanned with no discrepancies, you should be allowed to exit the ports with your consignment.
“It is not a situation that it will be job for the boys, I have to mention it because before you know it, you will see that scanning procedures will become cumbersome like 100 percent examination,” he warned.
Explaining what he meant by “job for the boys”, Farinto said, “my fear is that after conducting examination and there is image analysis, whether there are discrepancies or not, you will see Customs dispatching your image analysis to DC scanning, DC scanning will dispatch to AC scanning, AC Scanning will dispatch to the officer at scanning site in a bid to ensure human contact with the clearing agents then, what’s the essence of going through scanning when it looks like running 100 percent cargo examination?” he asked.
Farinto, however, called on the National Assembly to intervene on the issue of alert placed on already cleared cargoes by the Apapa Command of the service.
The ANLCA Vice-President, while responding to report by the customs Area Controller, Apapa Command, Compt. Yusuf Malanta that the command has stopped placing an alert on already cleared cargoes from his Command.
But, Farinto countered the Customs boss, saying alerts on cargoes are still very much in place
“I  have a container cleared from Apapa port and monitoring stopped my consignment from exiting the port. This unit was designed by Compt. Yusuf himself because before his appointment as CAC, nothing like a monitoring unit in Apapa port.
He continued, “he introduced this and they put an alert on my cargo but if he wants to go through that route we will petition the house of Representatives to raise a public hearing and put him under oath and if found wanting for perjury, he should serve three months in prison.
” We are all Nigerians and we all have a stake, everyone should do their job appropriately,” he said.
Ref: nigeriamaritime360.com