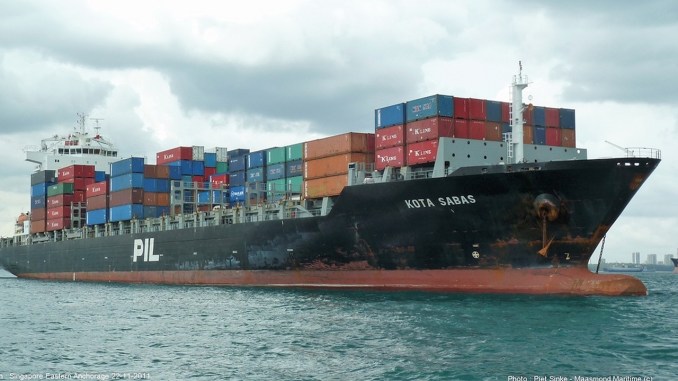 Africa is a complex continent. She is an eclectic mix of authoritarian regimes — where leaders have been in power for many decades; countries that are attempting to make their way towards democracy — even if progress is incremental and slow; and others that have had a stronger semblance of democracy for many years — though in honesty they are still trying to find their feet.

As beautiful as Africa is, she is a continent scarred by war, tainted by corruption, and in many instances lacking in transparency.  For years there have been numerous attempts to bring the continent together to create a continent-wide common market — a free trade area where all can benefit, but the attempts have yet to gain serious traction. For a cohesive effort, you need common understanding, and the ability to find common ground, so that you can make decisions for the greater good of the continent, rather than just your own country. With such diverse politics and governance, however, that’s not easy to achieve. It is one of the reasons there are so many regional economic communities, and why so many countries belong to more than one. There are eight recognised by the African Union, and a further seven that they don’t recognise., and overlaps occur in each. So far, the most successful attempt at uniting sub-Saharan Africa has been the African Continental Free Trade Area (AfCFTA), which started trading on 1 January 2021 (https://au.int).

AfCFTA presents enormous opportunities for Intra-African trade on the continent. It is about driving the continent’s agenda for growth, rather than individual country’s designs. Intra-Africa trade has increased to 15.4 per cent over recent years, however, Asia and Europe are still the continent’s main trade partners.

Greater focus needs to be placed on raising Africa’s percentage of world production which is currently 2,9 per cent, and world trade which is currently 2,6 per cent. Unfortunately, many African countries have low performance in trade facilitation indicators, scoring low in e-commerce; linear shipping connectivity; and doing business indicators. Lack of transparency and perceptions of corruption are also hindrances to intra, and inter-continental trade and sub-Saharan Africa is currently the lowest-performing region on Transparency International’s CPI 2020: SUB-SAHARAN AFRICA Report.

In order to achieve her full capacity, Africa needs to look at alternative approaches to increasing revenue. In 2008, the Seychelles President, James Michel, shifted his country’s strategic focus to what has become known as the Blue Economy. World Bank defines the Blue Economy as the sustainable use of ocean resources for economic growth, improved livelihoods, and jobs while preserving the health of the ocean ecosystem. While it’s a concept that has been embraced globally, on the continent where the idea was born, we’re falling far behind.

The African Union (AU) has designated the years 2015-2025 as ‘The Decade of African Seas and Oceans’, and in February 2020, it launched the African Blue Economy Strategy in the Ethiopian capital Addis Abba. The Southern African Development Community (SADC), the Common Market for Eastern and Southern Africa (COMESA), and the Indian Ocean Commission (IOC) also recognise the potential of the Blue Economy as a lever of socio-economic development in their strategic documents.

According to the United Nations’ policy handbook on Africa’s Blue Economy maritime zones under Africa’s jurisdiction total about 13 million square kilometres, including territorial seas and Exclusive Economic Zones (EEZ) and approximately 6.5 million square kilometres for the continental shelf (for which countries have jurisdiction over only the seabed). The continent, therefore, has a vast ocean resource base that can contribute to sustainable development. In order to realize that sustainable development, however, countries across the continent will need to collaborate, across borders, and sectors on a scale they have not previously achieved. The largest sectors of the current African aquatic and ocean-based economy are fisheries, aquaculture, tourism, transport, ports, coastal mining, and energy.

As PWC highlighted African ports represent gateways for the continent’s commodity exports, but as countries grow and develop, ports are also essential for sustaining and improving more robust and diverse economic growth, through the import and export of manufactured goods and other products.

In Strengthening Africa’s Gateways to Trade PwC’s analysis showed that based on the degree of port centrality (shipping liner connectivity), the amount of trade passing through a port, and the size of the hinterland, Durban (South Africa), Abidjan (Cote d’Ivoire) and Mombasa (Kenya) are most likely to ultimately emerge as the major hubs in Southern Africa, West Africa and East Africa, respectively.

The report stated that the closest rivals to these ports are Lagos-Apapa (Nigeria) and Tema (Ghana) as alternatives to Abidjan, and Djibouti and to a lesser extent Dar es Salaam to Mombasa. Due to their better operational performance, both Lagos-Apapa and Tema pose significant challenges to Abidjan’s emergence as a hub, which might eventually be decided on factors such as political stability, port performance and quality of inland connections.

Improving port performance could increase GDP by 2 per cent. An efficient port reduces delays to shippers, reduces overall logistics costs, and improves the reliability of goods in transit. Yet across Africa, investment in port infrastructure and expansion has slowed.

Stability, security, and transparency are drivers of foreign investment

African governments have the ability to significantly impact the investment environment, and investors will look to the way they are planning, regulating, owning, and operating their ports.

They will also take the country’s stability, security, and perceived corruption levels into account. Experienced investors will certainly consider how individual governments have handled foreign inbound investment previously, and if there is not a favourable investment environment, it is not likely that inbound investment targets will be met.

This is particularly relevant at a time when the continent is seeing a high rate of election-related violence, there is much questioning of the legitimacy of election results, and accusations of corruption abound. There are thirteen national elections due to take place in 2021, a third of which take place in the Horn of Africa.

Djibouti, Benin and Chad all have their presidential elections in April 2021. Djibouti’s port is located on Africa’s East coast – nestled on the Horn of Africa between Berbera and Massawa. As a potential rival to Mombassa for an African hub, Djibouti’s ports have undergone some expansion in the past.

The country has already benefitted from investment from China, using the capital for port and infrastructural investments. In fact, the state-owned China Merchant Group acquired a 23.5% stake in Djibouti port in 2008 and is also trying to get a 40% stake in Ethiopian Shipping and Logistics Enterprise (ESLSE). In order to continue patrolling the waters of East Africa and to protect its investment in Djibouti, China inaugurated its first overseas military base in 2017 alongside the bases of the United States, France, Italy, Spain, Germany, and Japan.

World Bank’s Economic Transformation in Djibouti report highlights key measures for improving its appeal to foreign investors including lowering the cost of production factors, namely electricity, ICT, as well as labour costs, to raise competitiveness; further easing access to finance; levelling the playing field to enhance competition, and reforming the tax system to make it more equitable across firms.

Enticing future foreign investment may prove difficult though, as investors will look to the past two years that DP World has spent in court attempting to secure a return on their investment in the Doraleh Container Terminal which the Djiboutian government seized in 2018. The action was found to be illegal by the London Court of International Arbitration and the High Court of England and Wales, however, the Djiboutian government has failed to abide by the many court rulings and restore DP World’s full rights under the concession agreement of 2006.

After the Djibouti election, Ismail Omar Guelleh must address the magnitude and nature of the government’s debt to the Chinese, and the country’s reputation amongst the international investment community, if the people of Djibouti are to reap the benefits from its strategic location along global trading corridors.

Benin’s Cotonou port is a city port that was developed to assist landlocked countries like Mali, Niger and Burkino Faso. Rehabilitation of the port did help; however, it is still struggling to compete against nearby ports such as Tema, Lomé and Lagos, just a few hours away, which have been expanded and upgraded more recently.  Both Chad and Burkina Faso have their own warehouses to store goods at Cotonou port.

It will be interesting to see the outcomes of all of 2021’s elections. Will the leadership remain the same, or if it will change, and if it does will it make a tangible difference in uplifting the countries that do bring in a new order? Will we see changes in strategic economic approaches this year, and will concrete steps be taken to grow each country’s Blue Economy? And will the initialising of the AfCFTA be the start of growth across the continent?

World Bank states that the blue economy represents roughly 5.4 million jobs and generates a gross added value of almost €500 billion a year in Europe. Opportunities do abound in Africa, but it is as yet not nearly fully realised. What is needed is an investment in improved governance to create a pipeline of investable opportunities that benefit both local and national economies, which is backed up by an enabling environment for responsible private sector investment throughout the value chain. Just imagine what increased focus on Africa’s Blue Economy could do for the continent.